Dr. Rochelle Walensky said that while the vaccines were being offered at pride, they wouldn't provide protection at the event itself. 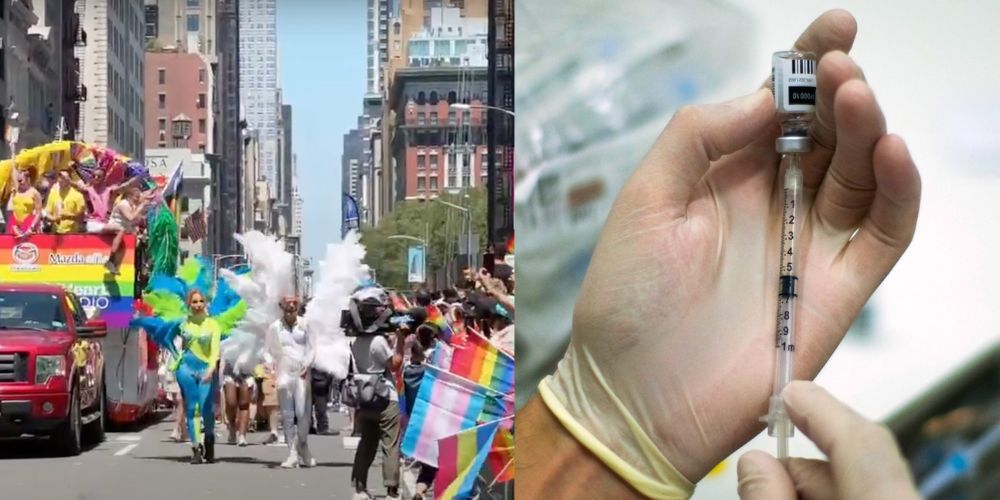 Health officials announced on Thursday that 50,000 monkeypox vaccines have been dispatched to areas where gay pride events have been planned.

There are about a dozen pride events planned in the next two months. The monkeypox vaccine doses will be allocated based on the size of the event, how many health professionals can attend, and other risk factors. 2000 doses are headed to the Charlotte Pride Festival & Parade in North Carolina this upcoming weekend. After that doses are planned to depart to Atlanta and New Orleans for events in September.

New research from the World Health Organization suggests that the main driver of monkeypox infection is sexual intercourse between men. The more marginal way the virus spreads is skin-on-skin contact and some reports say it can be passed through shared linens.

There are over 13,500 cases of monkeypox in the US which ranks it the number 1 monkeypox infected country in the world. Roughly 98 percent of the cases are men and 93 percent of those men had homosexual encounters in the recent past.

According to the CDC website, the number one symptom of Monkeypox is a rash that appears near the "genitals (penis, testicles, labia, and vagina) or anus (butthole) and could be on other areas like the hands, feet, chest, face, or mouth."

Other symptoms include fever, chills, swollen lymph nodes, exhaustion, muscle aches and backache, headache, and respiratory issues like a cough or sore throat.

On July 23 the WHO declared Monkeypox a global health emergency and President Biden has been considering declaring the virus a US public health emergency since late July, when a child was diagnosed with the disease.

As of Tuesday, a total of seven children have contracted the disease.

The White House monkeypox response coordinator Bob Fenton said "More shots in arms is how we get the outbreak under control."

The vaccine Jynneos, a vaccine designed for smallpox, has been used to fight monkeypox. The government's supply of the vaccine is limited and last week resorted to giving out one-fifth of the usual dose which was delivered in a subcutaneous injection.