Biden said on Thursday that the nation's current economic problems are a result of there being too many people who are not yet vaccinated. 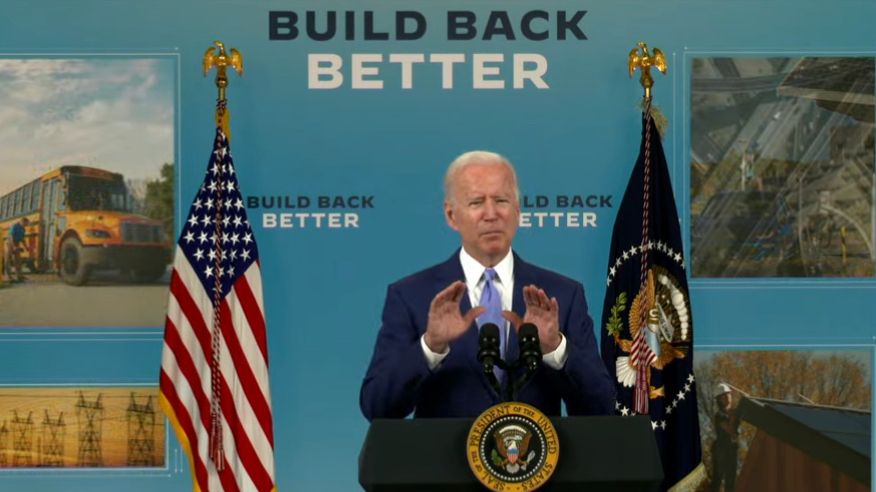 President Joe Biden spoke on Friday to address the poor showing for job numbers during the month of September. In defense of his prognosis for the economy and the nation, he said that the numbers released on Friday were from the week ending September 13, and that this was a particularly bad time for COVID.

"Remember, today's report is based on a survey that was taken during the week of September, the 13th, not, not, not today. September the 13th. On the COVID cases, were averaging more than 150,000 per day. Since then, we've seen the daily cases fall by more than one-third and they're continuing to trend down. We're continuing to make progress," Biden said.

This comes one day after he spoke with praise about his vaccination mandates for businesses with more than 100 employees, which has led to many employees getting vaccinated, but also to many terminations. He said on Thursday that the nation's current economic problems are a result of there being too many people who are not yet vaccinated.

"Right now. Things in Washington as you all know, are awfully noisy. Turn out the news and every conversation is a confrontation. Every disagreement is a crisis, but when you take a step back and look at what's happening, we're actually making real progress. Maybe it doesn't seem fast enough. I'd like to see it faster and we're gonna make it faster, but maybe it doesn't appear dramatic enough. But, I too would like to, as I said, moving faster. We're making consistent steady progress though," Biden said.

Biden touted his vaccine mandates, which he said on Thursday were going very well in that they had forced more people to get vaccinated. "In July," he said, "when I announced the first vaccination requirement, about 95 million eligible Americans still had not been vaccinated. Today, we reduced that from 95 to 67 million eligible Americans that haven't been vaccinated, that's still much too much, there's more work to do, including getting more people vaccinated. But we continue to make progress, progress," he said.

Biden pumped his massive spending plans, as well, including the extension of unemployment benefits, rent assistance, and other payouts. Biden suggested, again, that the US spend more.