President Joe Biden will visit Somerset, Massachusetts on Wednesday, to deliver an ultimatum to Congress on climate change despite a major lack of support from voters. 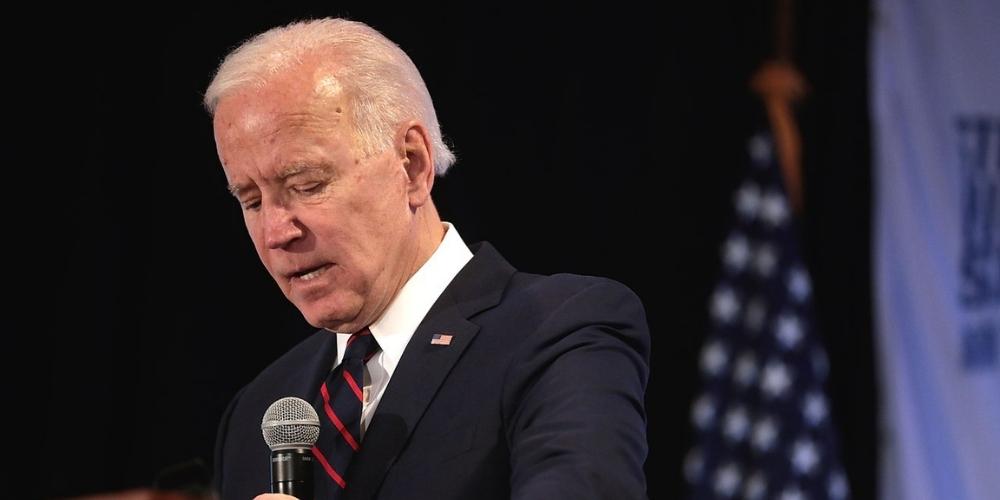 President Joe Biden will visit Somerset, Massachusetts on Wednesday, to deliver an ultimatum to Congress on climate change despite a major lack of support from voters. Biden says that if they do not vote to put his environmental agenda into action, then he will use his own powers to combat the issue.

With his climate plan facing setbacks from Republicans and moderate Democrats on Capitol Hill, the president plans to visit the Brayton Point power plant, reported NBC Boston. The plant is an old coal-powered facility that is now transitioning to offshore wind manufacturing. Biden will deliver remarks on "tackling the climate crisis and seizing the opportunity of a clean energy future to create jobs and lower costs for families," according to the White House.

Some of the major setbacks on Biden's climate agenda come from within his own party, with Sen. Joe Manchin III of West Virginia last week informing Democratic Senate Majority Leader Chuck Schumer that he does not support the party's plan to allocate billions of dollars to fighting climate change.

"I said, 'Chuck until we see the July inflation figures… basically Federal Reserve rates, interest rates, then let's wait till that comes out so we know that we're going down a path that won't be inflammatory, to add more to inflation,' " Manchin said on the Talkline radio show.

Manchin isn't the only one who isn't feeling strongly about pushing forward federal funding to tackle the climate change issue. According to a New York Times poll, just one percent of Americans hold climate change as the most important issue facing the country. The poll, which was covered by Fox News, showed that even out of Democratic voters and the ages 18-30 demographic, only 3% say it's a top issue.

Biden has been facing some major problems as of late, with his own party criticizing him for not having a more forceful response to the overturn of Roe v. Wade, and with Americans in general financially hurting from the highest levels of inflation the country has seen in 40 years. Only one percent of young voters between the ages of 18 and 29 "strongly approve" of the president's work, and the overall approval rating of 36 percent has matched the record low. The push for a multi-billion-dollar climate agenda seems to be the least of the average citizen's worries.

While Biden is not expected to declare a national climate emergency during the address in Somerset, he is considering making the move in the near future.

"I would not plan an announcement this week on a national climate emergency. Again, everything is on the table. It's just not going to be this week on that decision," White House press secretary Karine Jean-Pierre told reporters on Tuesday.