By 2022, 316,700 illegal immigrants were in the Alternatives to Detention (ATD) program which uses expensive smartphones exclusively for tracking each alien, and ATD has seen a 266 percent increase since Joe Biden's inauguration. 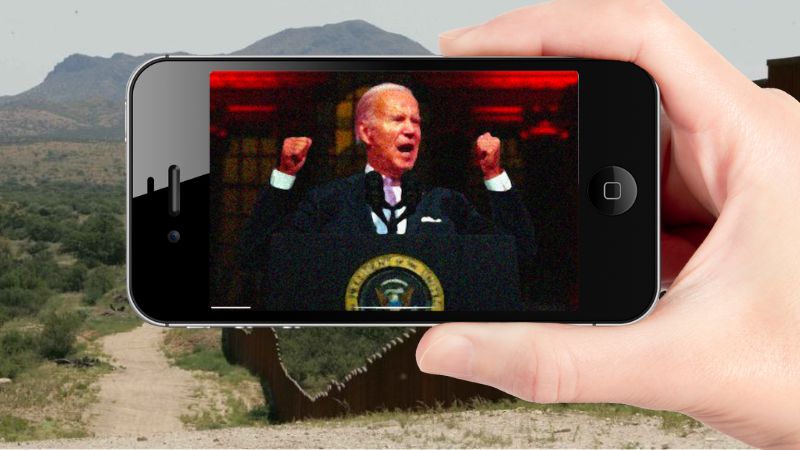 Joshua Young Youngsville North Carolina
Oct 6, 2022 minute read
ADVERTISEMENT
ADVERTISEMENT
The Biden administration has given out more than 300,000 smartphones to illegal immigrants as of September 24, 2022, for the sake of tracking them and as an alternative to detention, in a move that costs taxpayers $361,218 per day.

Syracuse University's Transactional Records Access Clearinghouse collected data from Immigration and Customs Enforcement and determined that over 300,000 illegal immigrants were enrolled in the Alternatives to Detention (ATD) program which uses the expensive smartphones exclusively for tracking each alien.

According to an ICE infographic, the ATD program engages three components of a smartphone; facial recognition, GPS monitoring, and voice identification.

According to Zerohedge, instead of detention, an illegal immigrant is given a phone and then "set free in the US, pleased to roam as they wish."

The Daily Caller reports that via a Government Accountability Office most of those in the program were "unenrolled before their immigration proceedings concluded, finding that about a quarter of those taken out of the program that were placed on other forms of monitoring fled."

When President Joe Biden took office he dramatically loosened restrictions along the southern border which created a humanitarian crisis that has lead to historic drug and human trafficking.

In 2021 a record number of 1,659,206 illegal immigrants crossed the southern border, and Joe Biden secretly shipped many of those migrants to locations across the US.

Biden's border crisis has seen a record-high number of illegal immigrants pouring into the United States and there have already been more than two million encounters in the 2022 fiscal year.

The crisis reached a tragic epoch on June 28 as over 50 migrants were found dead, including two children, inside an 18-wheeler in San Antonio that was driven by a meth-addled trafficker. The bodies were packed with meat seasoning to disguise the smell.

Mules have also smuggled copious amounts of Fentanyl and other drugs across the southern border, usually packed with migrants who are illegally crossing.

As human smuggling and drug trafficking have flourished along the southern border, Joe Biden drastically slowed the prosecution of illegal immigrants by almost 80 percent in 2021.
ADVERTISEMENT
ADVERTISEMENT
BidenBorder