According to an administration official, the US is "targeting additional Russian government officials and leaders, their family members, Russian and Belarusian military officials, and defense procurement networks, including international suppliers supporting Russia’s military-industrial complex." 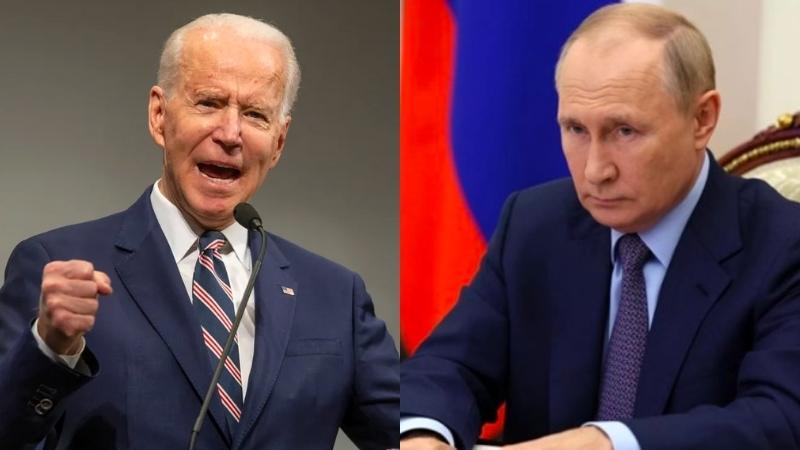 Olivia Rondeau
Sep 30, 2022 minute read
ADVERTISEMENT
ADVERTISEMENT
The Biden administration has announced that the US is imposing "swift and severe costs" on Russia, targeting government officials and their families, following the annexation of regions of Ukraine.

Putin on Friday formally began the process of annexing four regions of Ukraine during a ceremony at the Kremlin complex in Moscow, reported CNN.

"In this moment of peril, I must underscore my duty as Secretary-General to uphold the UN Charter," he wrote on Twitter.

"The Charter is clear. Any annexation of a State's territory by another State resulting from the threat or use of force is a violation of the Principles of the Charter & [international] law."

In response to Putin's annexation, the Biden administration has placed sanctions in coordination with G7 allies.
According to an administration official, the US is "targeting additional Russian government officials and leaders, their family members, Russian and Belarusian military officials, and defense procurement networks, including international suppliers supporting Russia’s military-industrial complex."

That includes sanctions from the Treasury Department on Elvira Nabiullina, an economist who has been leading Russia’s central bank since 2013.

President Joe Biden joined the condemnations of Russia's annexation of Ukrainian territory in a statement Friday.
"The United States condemns Russia’s fraudulent attempt today to annex sovereign Ukrainian territory. Russia is violating international law, trampling on the United Nations Charter, and showing its contempt for peaceful nations everywhere," the president said, adding that Putin's actions have "no legitimacy" and that the US will continue to "always honor Ukraine's internationally recognized borders."

Biden also requested that all of the "international community" members "reject Russia's illegal attempts at annexation and to stand with the people of Ukraine for as long as it takes."

"We will continue the United States' powerful, coordinated efforts to hold Russia to account, cut Russia’s military off from global commerce and severely limit its ability to sustain its aggression and project power," he added.

The sanctions from the US come as speculation on whether the Biden administration was responsible for the sudden leaks in the Nord Stream 1 and 2 pipelines that transport natural gas from Russia to Western Europe in an act of sabotage.

On Tuesday, Swedish and Danish authorities reported three leaks in the pipelines, which run under the Baltic Sea carrying gas to Germany. Two leaks were reported in Nord Stream 1, and another in Nord Stream 2.

Polish prime minister Mateusz Morawiecki said, "We don’t know all the details of what happened, but we see clearly that it’s an act of sabotage related to the next step of escalation of the situation in Ukraine."

Due to President Biden and Under Secretary of State previously threatening to put an end to Nord Stream 2 should Russia invade Ukraine, some top figureheads are suspicious that the US is the culprit.

"Thank you, USA," tweeted Polish politician Radek Sikorski, who is chairman of the European Parliament's delegation for relations with the US.

First Deputy Permanent Representative of Russia to the United Nations, Dmitriy Polyanskiy, thanked Sikorski for "making it crystal clear who stands behind this terrorist-targeting of civilian infrastructure!"