Conspiracies about the Jews controlling the media, lies about Jewish origins history are a prominent trend on his Facebook profile. 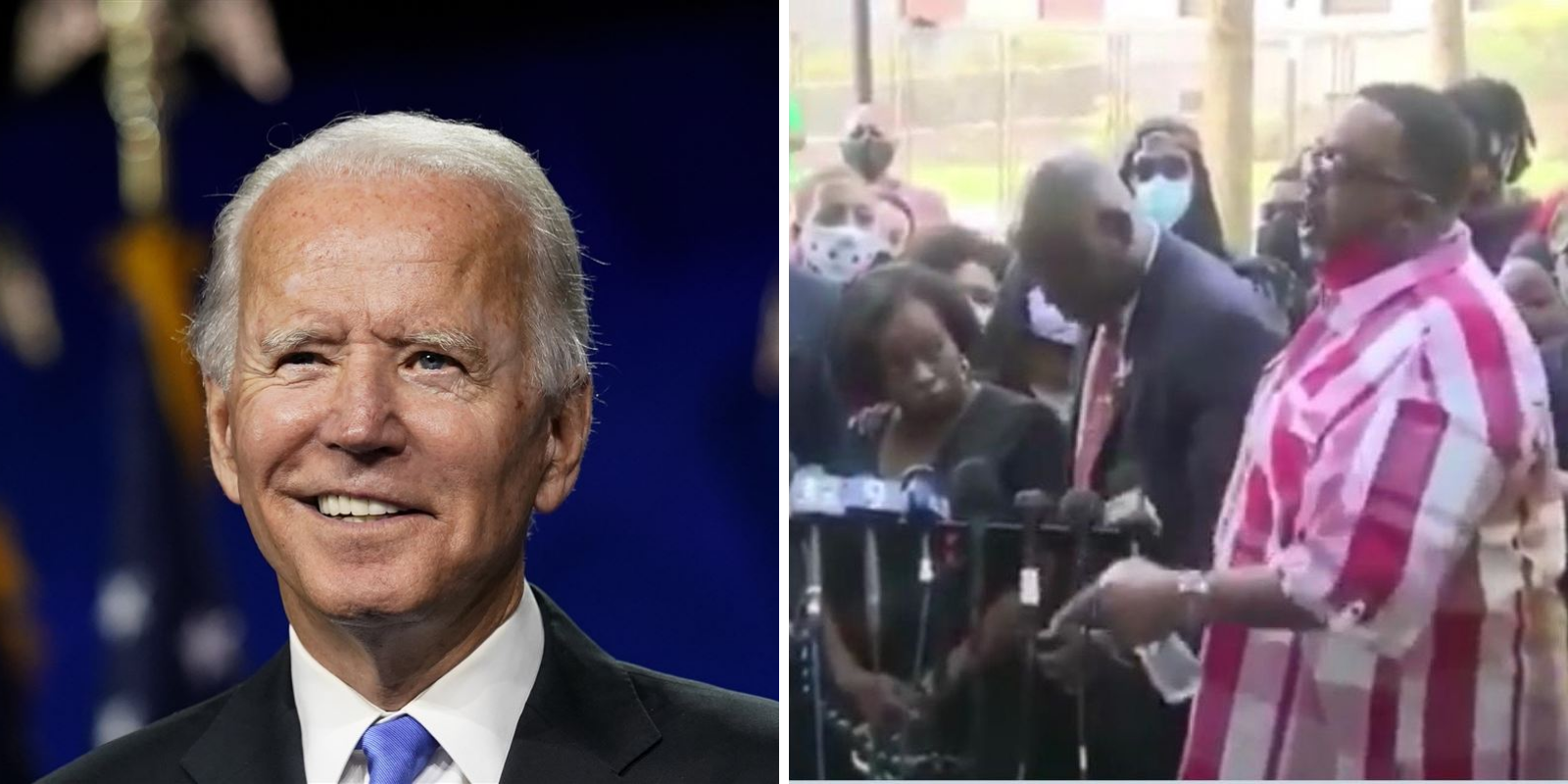 On Thursday, Democratic presidential candidate Joe Biden will travel to Wisconsin where he is scheduled to meet with the family of Jacob Blake in Kenosha.

The 29-year-old Blake, with a history of domestic violence and sexual assault, was shot multiple times by police on Aug. 23, leaving him paralyzed. It has now been discovered that Blake's father, Jacob Blake Senior, who Biden will be meeting with, has posted both racist and anti-Semitic messages.

Blake's social media posts reveal him to be a vicious Jew hater. The posts contain the oldest blood libels, stereotypes, and conspiracy theories about the Jewish race.

Conspiracies about the Jews controlling the media, lies about Jewish origins history are a prominent trend on his Facebook profile. Interspersed with the anti-Semitism is a large amount of racist comments about whites, specifically white woman. Blake uses terms like "pink toes" and "miserable broads" to describe them as well as the term "cracker" frequently. Blake also praises notorious anti-Semite Louis Farrakhan.

This will be Biden’s first campaign trip to Wisconsin and follows on the heels of President Trump's tour of the devastation resulting from the riots in Kenosha in response to the shooting of Blake Jr.

Biden's meeting with the Blake family, is expected to highlight his campaign narrative to bring together all parties involved in policing issues. Biden claims that he wants to bring to the "table" police and people fighting for racial justice.

This is not the first time that accusations of anti Semitism have been directed at the campaign. The Biden campaign faced severe pushback from the Jewish community when known anti-Semite Linda Sarsour, who was ousted from the leadership of the Woman's March because of her prejudice, was prominently featured during the Democratic National Convention stream.

Following the immediate blowback from her appearance during the convention, the Biden campaign denied ties with Sarsour and issued a statement saying "Joe Biden has been a strong supporter of Israel and a vehement opponent of anti-Semitism his entire life, and he obviously condemns her views and opposes BDS, as does the Democratic platform."

However, a few days later, New York Post reported that "Team Biden went into damage control… to shore up support with Muslim-American Democrats after the campaign condemned controversial Palestinian-American activist Linda Sarsour and suggested she was an anti-Semite. Top Biden aides made the mea culpa in a private phone call with dozens of prominent Muslim and Arab surrogates who had been angered by the campaign's attempt to distance itself from the anti-Israel activist Sarsour, according to a report by the Middle East Eye."

According to the Post "On leaked audio of the call, Ashley Allison, national coalition director for the Biden campaign, said she understood the 'pain' caused by the scathing statement Biden 2020 issued last week which Sarsour said was 'disrespectful' and 'hurtful.'"

The Democratic convention was also sprinkled with other anti-Semitic notables like Tamika Mallory as well as supporters of Farrakhan such as musician Common and Dr. Freddy Hayes. The anti Defamation League called Farrakhan "quite possibly America's most popular anti Semite."

Blake Sr. who Biden and his wife intend to meet with on Thursday, appears to harbour prejudice against Jews, a problem that has become more prominent in the African American community. According to the FBI's hate crime statistics released in November 2019, 57.8 percent of hate crimes were against Jews. The majority of those were committed by African Americans. Many point to the popularity of the Nation of Islam, known for its anti-Semitic beliefs and its leadership of Farrakhan as a contributing factor.

By contrast, Blake's mother, Julia Jackson, has called for healing.