After a man was reportedly shot by a police officer in Kenosha, Wisconsin, riots broke out, officers were assaulted, and property was damaged. The man is currently in stable condition. 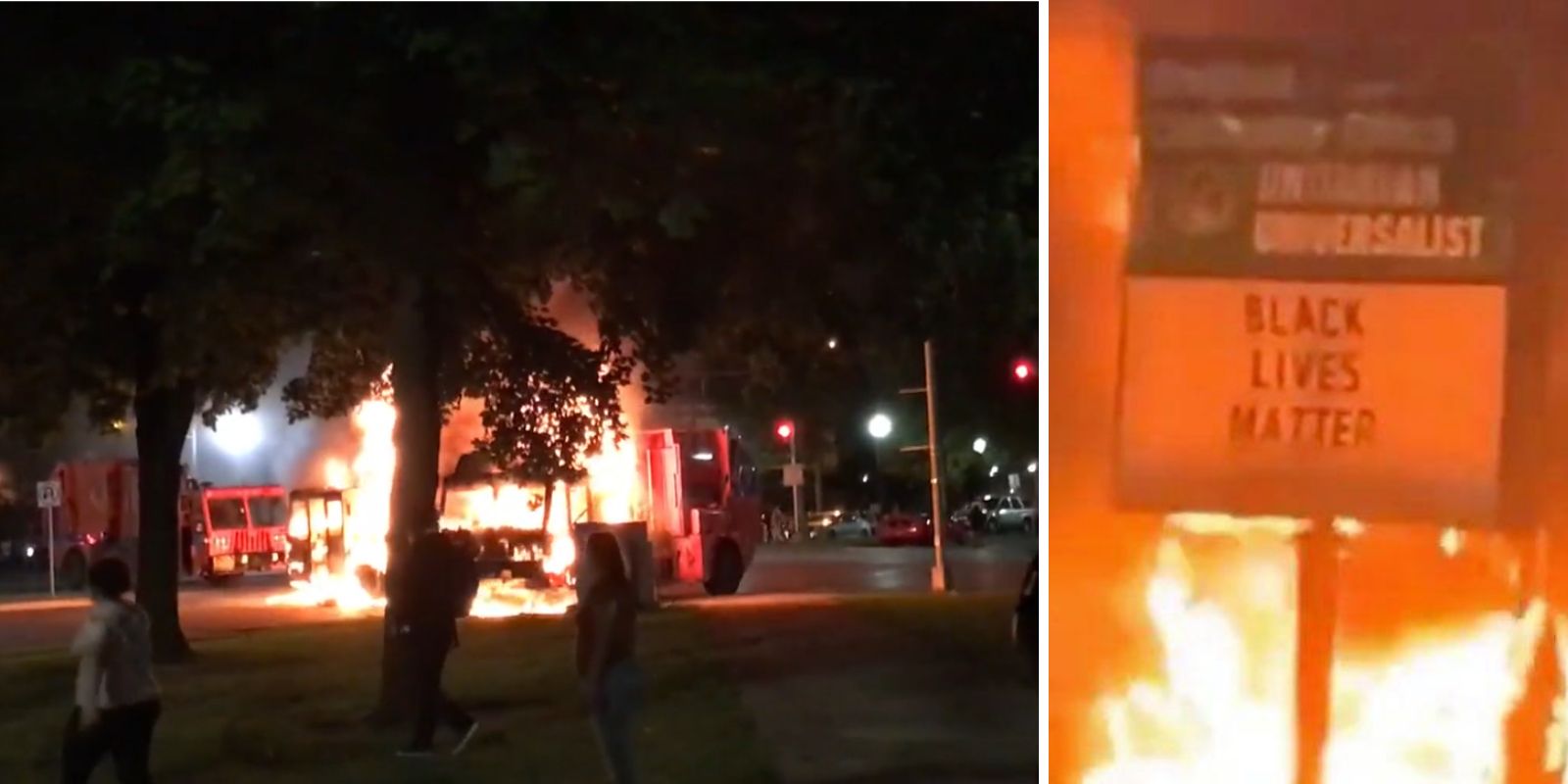 After a man was reportedly shot by a police officer in Kenosha, Wisconsin, riots broke out, officers were assaulted, and property was damaged. The man is currently in stable condition.

Witnesses say the man was unarmed and attempting to break up an argument between two women just after 5 p.m. Police responded to the call regarding a domestic incident at 40th street on the 2800 block on Sunday afternoon.

Jacob Blake was then shot seven times in the back by an officer, according to Kenosha News. A police news release reported that after the shooting, Blake was transported in to Froedtert hospital, located in Wauwatosa.

A graphic video of the incident was captured and has gained millions of views on social media. The video shows officers with their guns drawn on a man who is walking away from him. The man attempts to get into the driver's side of a vehicle, when an officer puts a hand on him, takes hold of his shirt, and then shoots. Seven shots can be heard.

Hundreds of people reportedly arrived at the scene following the incident, including local Black Lives Matter activists, Kenosha Police and Kenosha County Sheriff's department squad cars lined the streets close to the scene in the neighbourhood of Wilson Heights.

Riots reportedly began as people started throwing rocks and other projectiles, including a molotov cocktail. One police vehicle came under heavy attack and had to be towed from the scene. Other reports indicate that a Boost Mobile store was looted.

One officer appeared to be knocked unconscious by a brick.

Video of the incident was captured and shows the officer walking alongside a police vehicle before immediately dropping to the ground. Police are then heard shouting, "Officer down!"

BLM members with semi-automatic rifles reportedly blocked a sheriff vehicle and shut down the Kenosha street.

A state of emergency was declared at 10:15 p.m., and a curfew was in effect until 7 a.m. Many police vehicles were damaged, and a crowd of about 100 continued to protest in front of municipal buildings after the curfew was in place.

Those buildings that were damaged include: the library, the Dinosaur Discovery Museum, the Harborside Academy charter school a law firm, post officer, and the county register of deeds, according to the Milwaukee Journal Sentinel.

Wisconsin Gov. Tony Evers released a statement on the incident Sunday night that connected Blake's shooting to fatal incidents of police shootings, including "George Floyd, of Breonna Taylor, Tony Robinson, Denise Hamilton, Earnest Lacy, and Sylville Smith." He wrote that he stands "against excessive use of force and immediate escalation when engaging with Black Wisconsinites."

Evers said that "In the coming days, we will demand  just that of elected officials in our state who have failed to recognize the racism in our state and our country for far too long."

The incident and the officer are reportedly being investigated by the Wisconsin Department of Justice, Division of Criminal Investigation.