Unusual poses made by the President during the segment were exploited by photoshoppers and video editors. 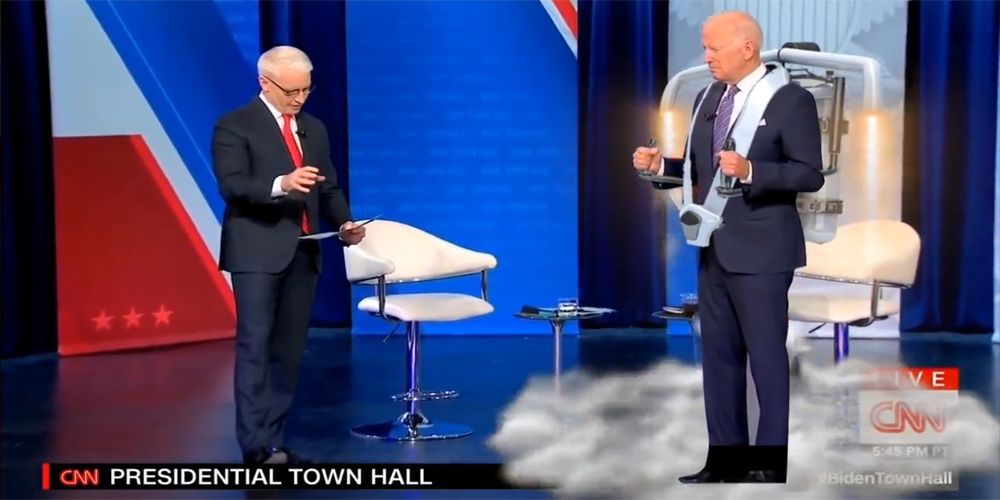 While the “Let’s Go Brandon” meme has taken on a life of its own, new challengers to the comedy throne have arisen making jokes at the expense of the current occupant of the White House.

(On a serious note, the White House had to walk back President Biden’s on-air promise to defend Taiwan.)

At one point during Thursday’s CNN town hall, President Biden gripped both of Joe’s hands into a pair of fists. He maintained that stance as host Anderson Cooper asked him a question.

Another commenter turned Biden’s hands into the start of a swing set.

Siraj Hashmi equipped Biden with a pair of pistols, while another person opted to make Joe a ski enthusiast.

A more imaginative take gave Biden a jetpack to blast off away from Cooper’s silly get-together.

The impasse of the Biden White House has made even CNN’s Don Lemon dedicate time on his show to addressing. He expressed his upset at how little progress the Democrat agenda was making, and begged them to do more.

At another point in the CNN town hall it looked like Biden stopped to take a nap. He closed his eyes and bowed his head.

To @grandoldmemes it came off like he was powering down.

The gimmick was that President Biden needed to recharge or be rewound.

Despite having the President of the United States on their network, CNN’s ratings for Thursday night were only half of the Fox News turnout.