"F*ck yes. Fatphobia is real. The 'ideal' weight, shape & look is white supremacy baked into our everyday lives. I’m so over it. We deserve more than diets." 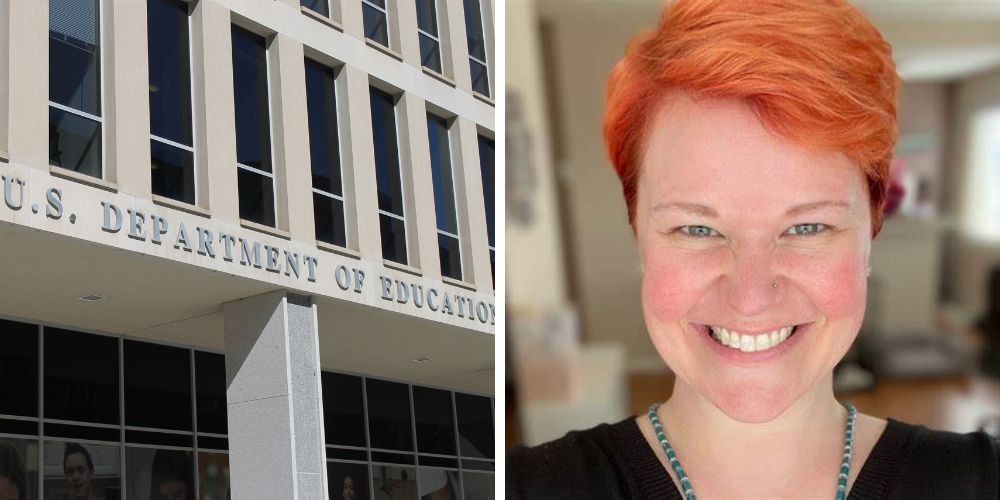 According to Fox News, Kristina Ishmael, the deputy director in the Office of Educational Technology, which claims to implement policies for “equity of access” to technology, posted the divisive commentary on Twitter.

Her account was put on private on Monday following the backlash to the comments, but not before the outlet took screenshots of her statements demeaning white people and claiming white supremacy had ties to American democracy, Evangelical Christians, and “fatphobia” (bias against fat people).

She wrote, “[Democracy is] also built on white supremacy, which I see perpetuated in education circles when BIPOC folx are being told they’re too negative by addressing real issues instead of superlatives.”

Ishmael replied “Amen” to a tweet that claimed the Evangelical church welcomed “hate” and “white supremacy.”

Ishmael claimed she walked away from a discussion because “a white male dominated the conversation,” and in another case said she was tuning out voices from white people

In another tweet, Ishmael appeared to question if white gay men deserved to be considered a marginalized category. She wrote “In most ‘inclusive’ materials,’ the most dominant folx are still represented in the marginalized group (e.g. white, cis, gay men). This does not include the nuance of this group,” and in other cases slammed the “white perspective” in the curriculum.

She wrote, “[M]ost of my curriculum was written from a very narrow and white perspective,” adding, “As a teacher, how many times have you been asked to uphold white supremacy through dominant-culture norms.”

Ishmael also claimed in another tweet that the term “stakeholder” is a “colonizer language to id the white men who staked their claim to land.”

The Biden appointee also said, “Learning to be comfortable in my own skin & weight and really ready to reject the White supremacist ideal body? F*ck yes. Fatphobia is real. The 'ideal' weight, shape & look is white supremacy baked into our everyday lives. I’m so over it. We deserve more than diets.”

She also said, “The current status quo of our education system works for white students, but no Black or brown students. Many white people will question why it should be changed,” and that “white supremacy” is baked into classroom rules.

“So if I’m on a webinar with professionals speaking… should I also share Zoom rules with them to remind them of no gum chewing, muting mics, etc.? Oh, that’s right, NO! And we shouldn’t with CHILDREN either… Can’t help but see the white supremacy built into the ‘rules’ I’ve seen floating around.”

Ishmael is a self-professed fan of Ibram X. Kendi, founding director of the Boston University Center for Antiracist Research who wrote a 2003 column about “Living with the White Race,” stating, “Europeans are simply a different breed of human… They are socialized to be aggressive people… They are raised to be racist.”