"So if you are not aggressively everyday waking up and looking and seeing racism everywhere, then you know what, you're a racist," Owens summarizes Kendi's flawed argument. 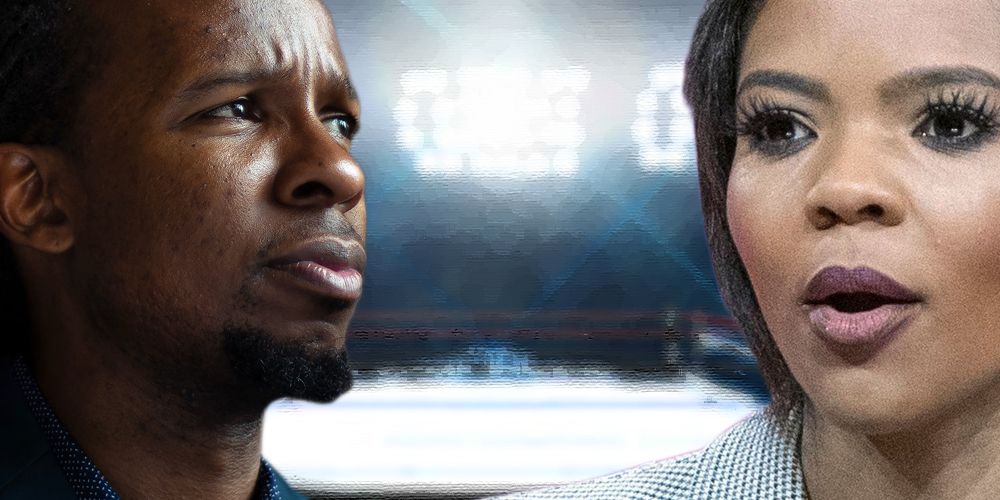 Candace Owens has decided to make a point about debating the left on their ideas. So for her Daily Wire show, Owens is making it a full segment of the program.

"I have a new segment for you, and it's called Counterpoint. I'm very excited about this because as you guys know, the left tends to stay in their safe spaces. They go on a bunch of talk shows, they bring up a bunch of bad ideas. They expect nobody to be able to challenge them," Owens said on her Tuesday night show.

The first person Owens aims to challenge is Ibram X. Kendi, author of the How to Be an Antiracist book that was pushed to the forefront last year in the aftermath of George Floyd’s death. His writings were spotlighted as the progressive media aimed to push for "diversity" last summer, and Kendi's book became a centerpiece of the critical race theory curriculum in the public K - 12 classroom.

For this week's episode and new "Counterpoint" segment, Owens invited Kendi on to her show but she didn't hear back from either Boston University, Kendi's book publisher, or inquiries sent to his personal email and phone.

Although, unsurprisingly, Kendi did not respond to her invitation, Candace gave her fiery take on critical race theory after playing a clip of Kendi reading his book.

"What he is alleging is that unless you are anti, which he defines as meaning, you are aggressively, constantly attacking it, then somehow you become it. So if you are not aggressively everyday waking up and looking and seeing racism everywhere, then you know what, you're a racist," Owens summarizes Kendi's flawed argument.

Kendi's logic doesn't hold, of course, and she goes on to point out the fallacies in the anti-racist's thinking. Owens explains how Kendi's ideological inner workings is Marxist and she underscores the difference between Kendi's approach to race and civil rights activist Martin Luther King's teachings.

Owens, a vocal black conservative woman, is proud of not being a leftist progressive and rebuts Kendi's statements with the following points:

"The first counterpoint is that it's quite absurd to say to somebody that it's not enough to not be racist. That's what he's saying. He's saying it's not enough to not be racist." Candace says not being racist is more than fine. She characterizes what Kendi is saying as if people aren't actively combatting racism all the time, and instead just living their own daily lives, the "not racists" somehow become racist.

Candace calls Kendi a Marxist who is moving goalposts, as per common strategy of political ideologies. She connects the so-called "anti-racism" belief espoused by Kendi as actually a demand for "white guilt." Something evident in the writings of anti-racist colleague Robin DiAngelo, who rose to prominence at the same time as Kendi. "He's threatening white people. He's saying to white people, 'do as I say or else.'"

Owens notes that what Kendi is doing is separate from the work of Martin Luther King. All that the latter had to do was deal with the racists because during the Jim Crow era there were more than enough of them at the time. This "not racist" group that Kendi described wasn't a concern for MLK at all.

Owens rips on Kendi's birth name being Henry Rodgers, and says he changed it intentionally to make it seem like Ibram is someone who really cares about black issues. She points out that Kendi wasn't even born in Africa, but in New York.

The push for critical race theory has gone full steam ahead this summer as school districts in places like California are willing to spend $40 million to bring it to classrooms. Corporate media outlets like MSNBC have labeled parents who object to an agenda of racial politics being taught to children as conspiracy theorists.

Top companies from Disney to Hasbro have had to endure "woke" employee training. It's also being espoused by members of the American military.

The Biden administration in the past signaled its openness to the idea of critical race theory. But more recently even President Joe Biden's education secretary, Miguel Cardona, has had to distance the education department from openly embracing the politicized approach to the American classroom.