The Department of Justice has dismissed more than one-third of riot cases stemming from last summer's violent protests in downtown Portland, including felony assault of federal officers. Many more dismissals are expected. 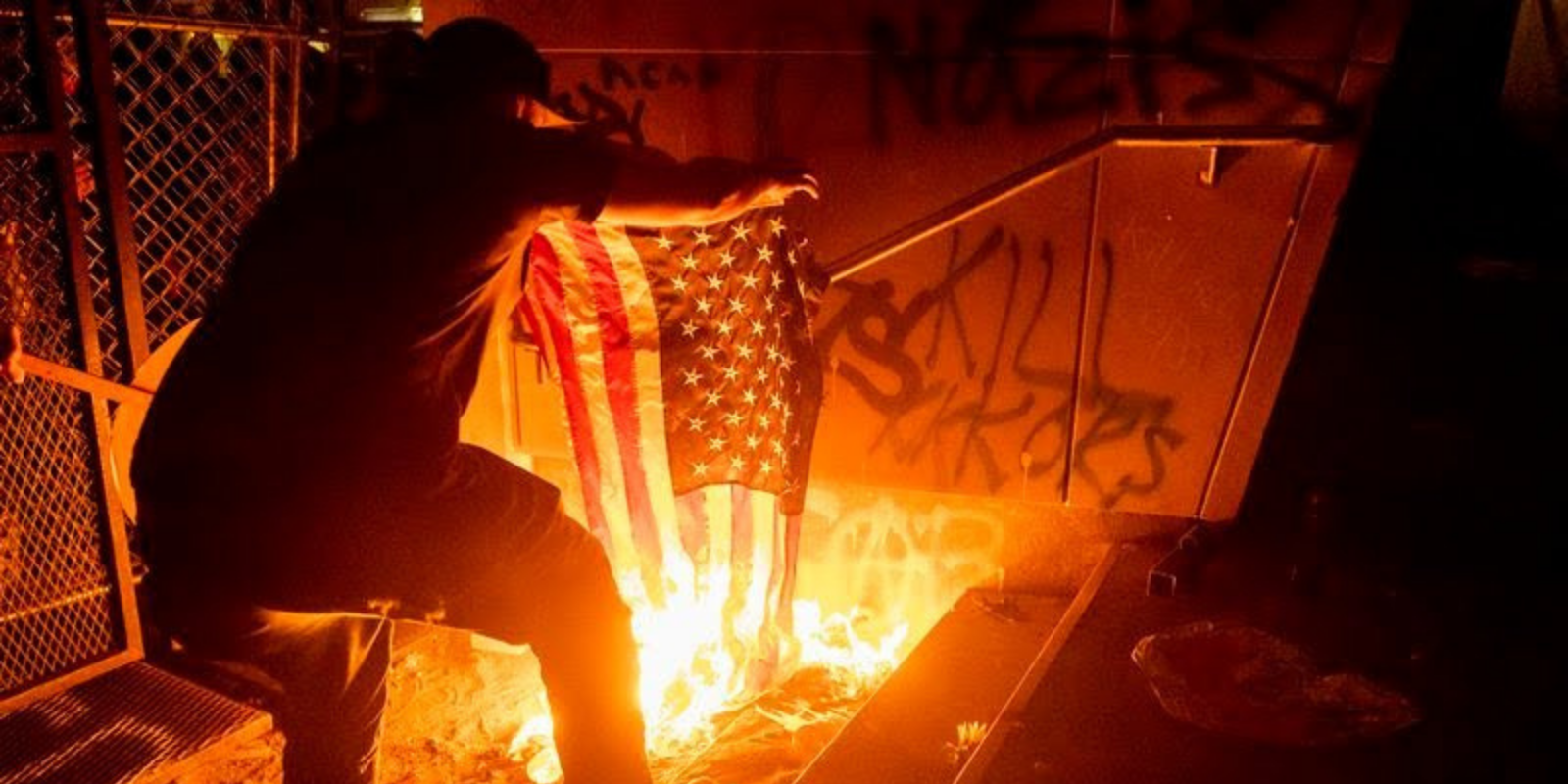 The Department of Justice has dismissed more than one-third of riot cases stemming from last summer's violent protests in downtown Portland, including felony assault of federal officers. Many more dismissals are expected.

KGW reviewed federal court records and found that 31 of the 90 riot cases have been dismissed by federal prosecutors. More than half of the dropped charges were "dismissed with prejudice," which means that the case is over and done with, once and for all, and can't be brought back to court. Several former federal prosecutors described the decision as rare to KGW.

At least 11 of the dismissed federal protest cases were dropped on or after the inauguration of President Joe Biden under new Justice Department leadership, the Portland-based news outlet cited. Four defendants escaped prosecution who were charged with assaulting federal officers. Several anonymous sources informed KGW that numerous more federal charges are expected to be dismissed soon.

The dismissal of riot cases run counter to the tough-on-crime talk uttered by the Justice Department last year. Billy J. Williams, then-US Attorney for the District of Oregon, vowed at the time there would be consequences for the arson, vandalism, and assaults on law enforcement outside the federal Mark O. Hatfield Courthouse where far-left militants often clashed federal agents in the months-long terror.

"Make no mistake: those who commit violence in the name of protest, will be investigated, arrested, prosecuted, and face prison time," declared Williams in the Sept. 25 press release regarding ongoing violence in the Rose City. For over 100 consecutive nights in mid-2020, Portland had been the center of civil unrest.

In his recent KGW interview, Williams explained that the cases were dismissed in instances where the prosecution didn't believe that officials could prove the case beyond reasonable doubt needed for conviction.

"Each case was analyzed for the evidence that we had at the time," Williams told KGW. "Careful decisions were made on whether or not someone should be charged based on the evidence." Williams also noted that the process is "case-specific."

Williams resigned from his post on Feb. 28 at the start of the Biden administration, per traditional resignations of presidential appointments. He was appointed to the seat by former President Donald Trump.

When the progressive Multnomah County District Attorney Mike Schmidt passed on most protest cases, maintaining that he was reserving resources for the most serious of crimes, the feds intervened. 543 cases, the majority thrown out since George Floyd's death in late May, were rejected by the MCDA in the "interest of justice" through Oct. 5. Then-Attorney General William Barr had instructed federal prosecutors to pursue rioters deemed violent or destructive.

Barr had made the "unmistakable" distinction between peaceful demonstrations and unlawful assemblies: "The First Amendment protects the rights to speak and assemble, but not to attack people or property."

KGW reported that most of the defendants whose riot cases are still pending have seen their trials delayed, in part due to the pandemic and backlogged courts. Three defendants cut plea deals resulting in probation and home detention. Two of the plea agreements required short prison sentences of 30 days.

Whether this appears to be an evidentiary issue or partisan decisions based on political pressure, the findings call into question if the Biden administration will treat the pro-Trump rioters who stormed the Capitol building on Jan. 6 with the same charity. While all criminals should be prosecuted to the full extent of the law, attempts to pick and choose enforcement will be uncovered according to the data.