BIDINFLATION: Prices for almost everything soar under Biden admin

Taking a look at this time last year, during the Trump administration, the prices Americans are paying for basis have gone up quite a bit. 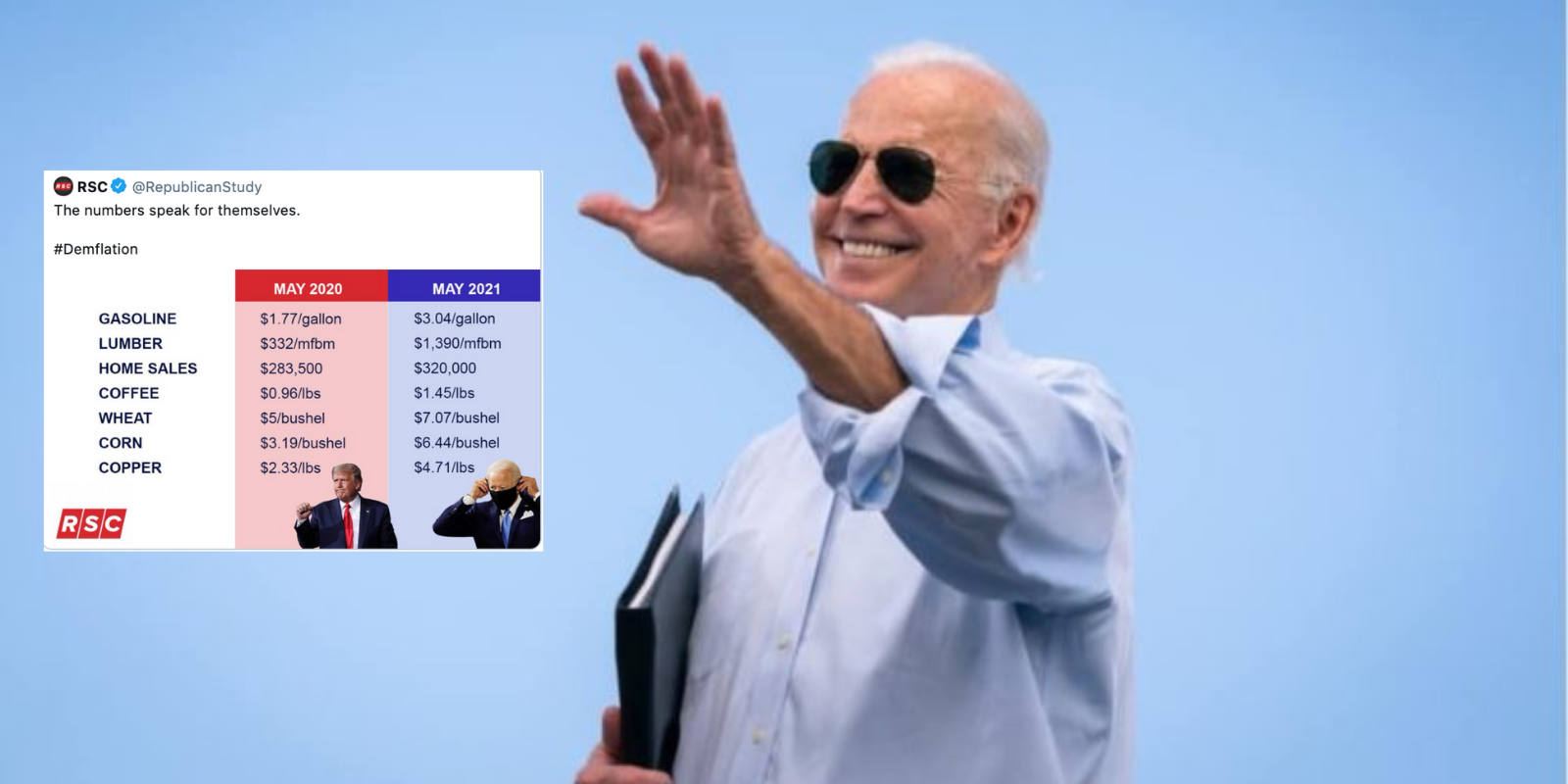 At a recent family gathering my sister, who is building a house, told me 2x4s were cresting at $9 when they'd previously been around $3. Parents at school pick up have been talking about the increase in the weekly grocery bill, where basic trips to the market in our Brooklyn neighborhood are up by half or more. And most Americans have seen the cost of fuel surge amid pipeline hacks, pipeline shut downs, and the Biden administration's push for a Green New Deal.

It's not just anecdotal evidence, the Consumer Price Index released last week shows that prices are up across the board by .8 percent for April. That's after a .3 increase for January, .4 increase for February, and a .6 increase for March. In contrast, the last few months of the Trump administration had increases as well, albeit much lower. October showed a .1 percent increase, while November and December both showed increases of .2 percent.

Taking a look at this time last year, during the Trump administration, the prices Americans are paying for basis have gone up quite a bit. Used cars and trucks are up .10 percent, groceries are up .4 percent. And while April's numbers were definitely not amazing, May's numbers look to be even worse, owing in large part to the recent if short-lived gas crisis.

Reuters reported that "US consumer prices increased by the most in nearly 12 years in April as booming demand amid a reopening economy pushed against supply constraints, which could add fuel to financial market fears of a lengthy period of higher inflation."

"The increase in the annual headline CPI rate was the fastest since September 2008, while the monthly gain in core inflation was the largest since 1981," CNBC reported. "Energy prices overall jumped 25% from a year earlier, including a 49.6% increase for gasoline and 37.3% for fuel oil. That came even though most energy categories saw a decline in April."

Even back in April, NBC reported that grocery bills were likely to be bigger for the rest of the year, and that was when the CPI was at only .6 percent. "Before the pandemic began, the national average for a pound of bacon in January 2020 was $4.72. By last month, the price had soared to $5.11, according to exclusive supermarket point of sale data from NielsenIQ. Ground beef is up to $5.26 a pound, from $5.02. Bread is up to $2.66 a loaf, from $2.44."

As unemployment benefits are extended to September, and the Biden administration touts spending plans that would make FDR blush, this Bidinflation is likely to have people tightening up their budgets where they can and holding off on major purchases. #Bidinflation even began trending on Twitter:

The White House said back in February that they expected some increase in prices, but their main plan appears to be damage control. Even so, they assumed that inflation would stay around .2 percent. Like their predictions with the job numbers, they were way off.