Dixon, 58, was found guilty on 30 offenses of indecent assault or indecency with a child against seven children in July. 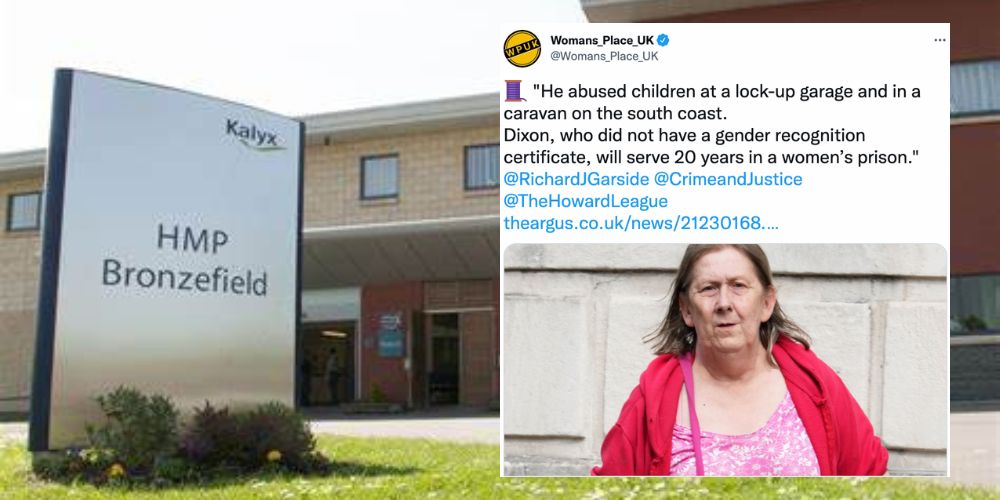 A British serial predator was sentenced Thursday for sexually abusing multiple children while living as a man. Now that Sally Dixon identifies as a transgender woman, the offender will be jailed in a women's prison — despite not being biologically or legally recognized as a woman.

Dixon, 58, was found guilty on 30 offenses of indecent assault or indecency with a child against seven children in July, reported Daily Mail. The victims, of which the youngest was just seven years old, were abused between 1989 and 1996. Dixon began transitioning in 2004.

Lewes Crown Court in East Sussex heard Dixon's case and determined Dixon will serve at least 12 years at HMP Bronzefield, an adult and youth female prison, despite not being legally recognized as a woman. After that, Dixon will be eligible for parole

Dixon previously lived in Crawley and Bexhill in Sussex, England, and abused children in a storage unit and a trailer while working repairing TVs and DJing at local bars and trailer parks.

Prosecutor Ryan Richter described the harrowing abuse mounted against two boys and five girls that lasted years. "The defendant, living as a man in the late 80s and 90s, was a brazen and callous sexual predator," Richter said to the court. "He exploited young males and cultivated a toxic relationship with female children who he systematically abused throughout their childhoods."

The offender, who was born John Stephen Dixon, was jailed for six months in 1997 for the sexual abuse of a teenage boy, but it was not until another victim came forward in 2019 that Dixon's years of abusing children came to light.

Judge Van Der Zwart said that opportunities to jail Dixon earlier had been missed, but the victims are now vindicated.

Harrowing victim statements were read to the court by the now-adult victims, who describe how the abuse impacted them. "I was hoping he would do the right thing for once and not put me through the trial but he didn't," one woman said, referring to her abuser as a man. "He is a coward who did not give evidence. He was happy to put us through it but not himself."

"Dixon came to know these vulnerable young children successively through family connections, and used that trusted access to systematically abuse each of them for sexual gratification, in some cases for several months at a time," said Detective Constable Amy Pooley of the Sussex Police Complex Abuse Unit.

"Only when one of the victims eventually came to us in 2019 was the terrible and distressing nature of Dixon's offending over many years finally uncovered. As one victim escaped this predatory interest, another would take their place, but sometimes some victims would be offended against simultaneously," Pooley added.

"This case shows again that we will always follow up such reports, no matter how long ago the events are said to have happened, to support victims and to see if we can achieve justice for them wherever the evidence justifies that."