Biological male confronted by women's rights activist, asked to 'not use female spaces' 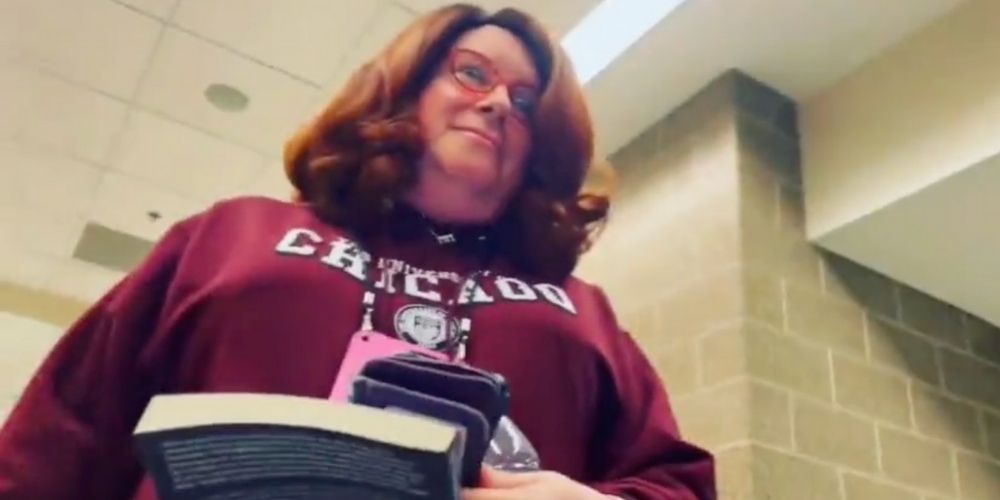 At the NCAA women's swimming championships this weekend in Atlanta, Georgia, former Outsports managing editor Dawn Ennis, a biological male who identifies as a woman, was confronted by a women's rights activist about using female spaces.

Ennis was confronted at the NCAA women's swimming tournament by Standing for Women UK founder Kellie-Jay Keen about whether Ennis, as a biological male who identifies as a woman, uses women's spaces.

"I just want to ask, on the safety of women and girls, do you use women's spaces, private spaces?" Keen asked.

"No one has ever objected to my presence," Ennis said.

Keen interjected by saying the reason that Ennis hasn't heard any objections is because "they'd be intimidated by [Ennis]."

"I'm sorry. Do you know who I am?" Ennis questioned.

Keen responded, "Yes," and answered Ennis' questions about her own affiliation, to which Ennis responded: "Yes, I know all about that group, and let me tell you this: I'm not here to debate me, or report of me."

"On the basis of the comfort and dignity of girls and women, I'm asking you, telling you, please do not use women's spaces," Keen said.

"My girls, and the other women I'm here with, are very comfortable with me in the bathroom and the locker room," said Ennis.

The two began to talk over each other, accusing one another of interrupting each other. "Beth, do you mind? I would ask you, please call off your dog," Ennis said to Save Women's Sports founder Beth Stelzer.

The remark was met with outcry from those nearby.

"I'm asking you, as a mother—Do not use female spaces. It makes women and girls very uncomfortable," said Keen.

"As a mother," Ennis began, which was met with a number of onlookers, including Keen, saying that Ennis is not a mother.

"I do the job of mom which is even more important," Ennis responded.

"I was just asking you. Do not use female-only spaces. You make women and girls feel uncomfortable," Keen said, before Ennis turned to someone off screen to ask that Keen and others be escorted out.

"It got ugly and security finally intervened and escorted the anti-trans activists out," Ennis wrote on Twitter following the encounter.

Although, Keen later rebutted: "I was not escorted out by anyone."

"My hope in sharing this is not to defend myself or give the activists more attention but to provide perspective on what it’s like to be bullied for being who I am," Ennis added on Twitter over the weekend.

"I was there for only one reason: to do my job," Ennis, who works for a number of publications, continued in the Twitter thread Sunday.

"I have been DM'ing with @BethStelzer and we both regret that this interaction escalated as it did, and we hope we can find a way to have more productive, less confrontational and mutually respectful engagements in the future."

The NCAA championships has seen a number of protesters there in response to the league allowing transgender swimmer Lia Thomas to swim against biological women, a move that demonstrators say is unfair to female athletes.