It has been reported that a member of a conservative group was run over by a leftist while attending a memorial service for Aaron "Jay" Danielson—the man who was allegedly executed by a member of Antifa in Portland on Aug. 29. 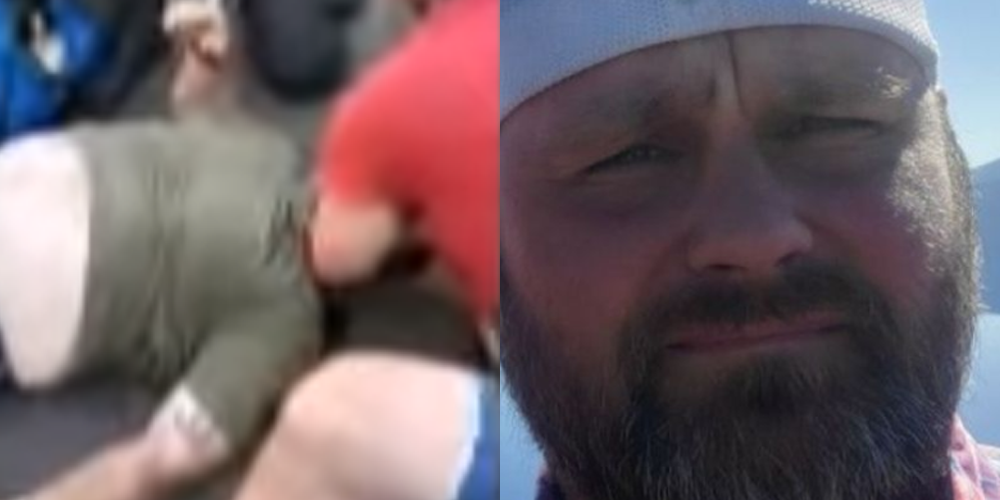 It has been reported that a member of a conservative group was run over by a leftist while attending a memorial service in Vancouver, WA for Aaron "Jay" Danielson—the Trump supporter who was killed by a member of Antifa in Portland on Aug. 29.

Enrique Tarrio, leader of the Proud Boys, stated that the victim of the incident—who is currently being identified as "Shane"—has suffered a brain bleed, damaged left temporal lobe, and a concussion that has left him incapable of remembering the incident.

The Proud Boys are a pro-Trump fraternal group that opposes Black Lives Matter, Antifa, and other far-left groups—making them a target of these groups.

Law Enforcement Today reported that a group of the Proud Boys navigated to Charlie's, a local bar, following the memorial service. It was then that a man used his phone to take several photos and recordings of the patrons inside the bar, including members of the Proud Boys.

The outlet continued by reporting that a man who witnessed the event, Rex Fergus, stated that the man recording "started walking around the bar and recording us, putting his phone in our faces, supposedly for doxing."

“As he was doing that, one of our guys confronted him and said ‘hey, get out of here, we don’t want you filming us. This is a private establishment and we’re not in public.’ The man continued to try to pick fights with people in the bar at the time, until security finally kicked him out of the bar,” Fergus noted.

When the man was finally kicked out of the bar, Fergus said that the man continued his combative attitude to another group of Proud Boys who were smoking in the parking lot, having just arrived from the memorial service. As a result, Shane pulled out his phone and began filming the man filming them.

“Once the guy started his vehicle up and started to drive off, he hit Shane,” Fergus added. “Shane tried to get out of the way and the guy ran him over.” Fergus went on to say that Shane's body went onto the top of the truck and his his head on the concrete when he came down.

“Immediately he was unconscious. After he hit him, the driver of the truck gassed it and left the parking lot, leaving Shane on the ground, bleeding out of his ears."

“We immediately ran over and start doing everything we could to stabilize him. He was not conscious, but he was breathing,” Fergus said. “Blood was pouring out of his ears and his nose. His eyes were completely bloodshot.”

Though there was a surgeon at the bar who was able to offer help, the perpetrator is reported to still be at large.

Danielson, the man whose memorial the Proud Boys were attending, was allegedly shot and killed by Michael Forest Reinoehl—a self-described Antifa member. Reinoehl fled Oregon for Lacey, Washington, where he was confronted by US Marshals, who shot him after he refused to surrender.