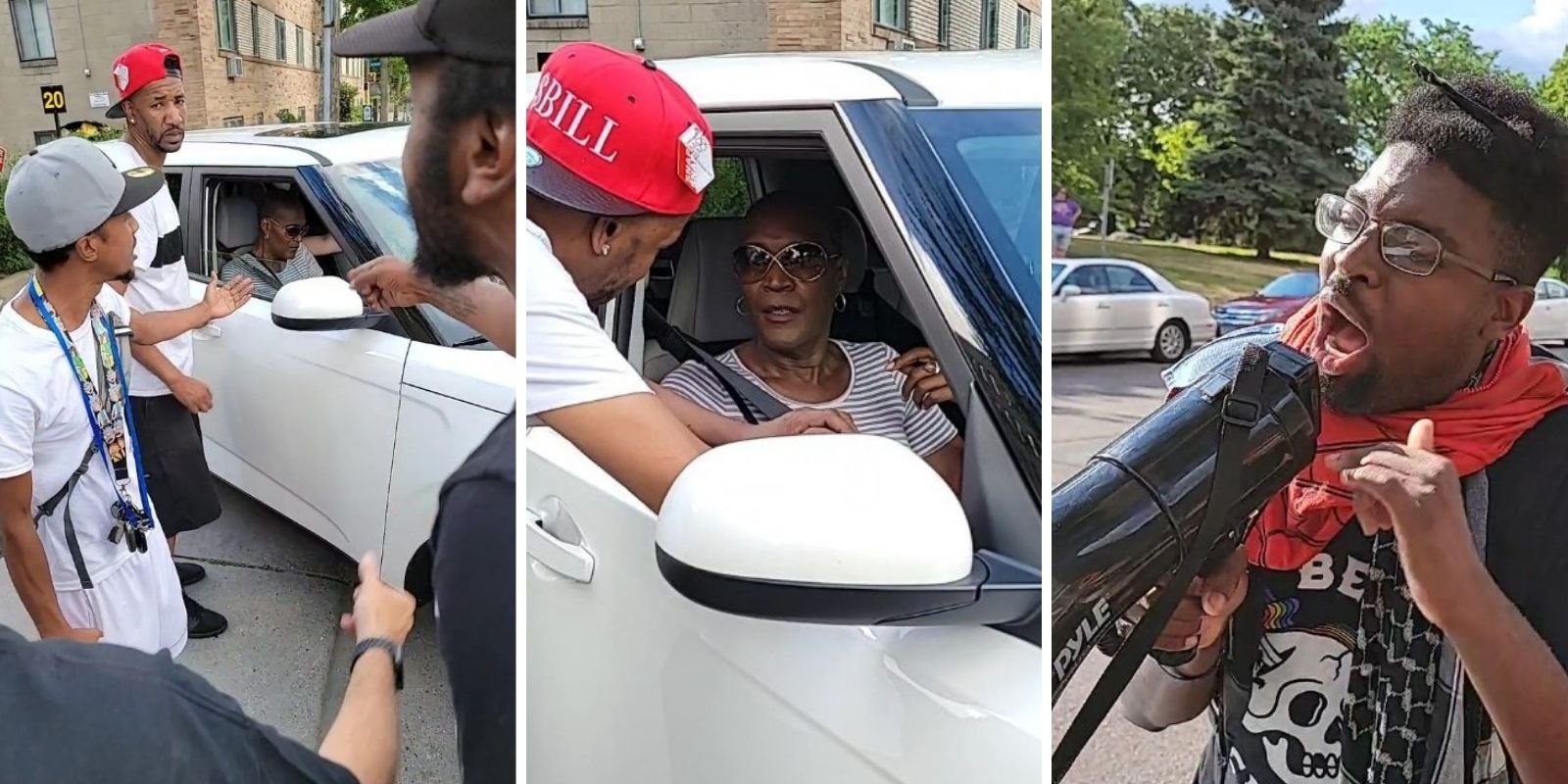 On Sunday, extreme Black Lives Matter activists blocked Minneapolis City Council member Andrea Jenkins's car in the street, forcing the councilwoman to stop and sign an agreed statement that commits to dropping charges against alleged rioters. The signing was captured on video.

Jenkins, a biological male who is the nation's first black, openly transgender person elected to public office, was sitting in the car's passenger seat when the enraged mob accosted her.

After the Taking Back Pride march ended on Sunday, marchers called for an end to police at Pride festivals, for the protection of black transgender residents, and for the local community to have control over police. A Facebook Live video captured the incident at Loring Park.

DJ Hooker, an activist involved with Twin Cities Coalition for Justice 4 Jamar, narrates the 23-minute long footage, in which he says that Jenkins arrived at the event "for a photo op," before she was confronted by the protesters.

"[Jenkins's] friend or partner has called the cops on us already," Hooker says in the livestream, prompting Jenkins to say of the protesters surrounding the white Kia: "Like this ain't f—in' white supremacy right here. I can't believe this."

Hooker told the Minnesota Reformer that police cars drove by "every once in awhile" during the two full hours Jenkins was blocked, but never stopped.

Asked by the local outlet whether or not law enforcement was called, Minneapolis Police spokesman John Elder said in an email statement: "Loring Park is not our jurisdiction. It is the oversight of the Minneapolis Park Police."

A man can be heard in the video stating that Jenkins said she would not sign the crowd's agreement. "Okay, we're making progress," another male voice says moments later. "We'll negotiate with you. We're in negotiations right now."

"We're done asking. F—ing  sh*t. We're demanding it now. So why don't you just sit back in your little seat and do your job and drive?" She shouts while the driver flashes the middle finger.

Jenkins places a hand on the driver's arm in an attempt to calm her down. At that point, Jenkins accepts the paperwork and pen handed through the car window to sign the makeshift document on the dashboard. "We got her!" someone yells.

Hooker can be seen in another Facebook Live video holding a megaphone and grabbing the paper, revealing the councilwoman's signature at the bottom of the handwritten, enumerated list of six demands, titled "The People's Demands." Jenkins remains detained until the cheering crowd reviews the signed paper.

The protesters demand that a Community Police Accountability Commission (CPAC) is established, that all murder cases are reopened, that all charges against protesters are dropped, for more information regarding Winston Smith's police shooting death, for Minneapolis Mayor Jacob Frey's immediate resignation, and that George Floyd Square is left alone. The paper is "signed" by "The People."

Hooker reads through the bullhorn the half-dozen demands. "I'm really laughin' 'cause this is ridiculous," Jenkins snarks about the resignation request. Jenkins seems most angered by the demand that she "leave George Floyd Square alone," responding: "Bring me some Chipotle cause' I'm sittin' here all f*ckin' night."

"Don't do my job. Is that what you've asked me to do?" She questions the activists. "I was elected to represent the neighborhood." Jenkins lives near the intersection where Floyd was killed by police outside Cup Foods and has pushed to reopen the square, emphasizing that residents and business owners want it operational again.

A group called Meet on the Street has controlled the four-block autonomous zone since Floyd's death, when barricades were erected around the site. The activists, who have refused to evacuate—even after former Minneapolis Police officer Derek Chauvin's verdict—have negotiated with the city over several two dozen demands, including a $159 million investment into the neighborhood over one decade.

Jenkins relents and says, "Fine, I'll leave George Floyd Square alone and not do my job," even though it might mean "a national monument will not happen."

The woman who appears to be leading the protest then forces Jenkins to print and date the paper. "She already signed the paper, just let her go," someone counters.

"I ain't never ran from none of this sh*t," Jenkins says. "I ran to represent people. That's what I did." She challenges the antagonizing activists to do the same.

After she follows the orders again, Jenkins is permitted to drive away. "Now you can leave!" The woman shouts as the vehicle exits and the crowd waves behind.

"All power to the people!" The mob chants, raising revolutionary black power fists in the air, before the hour-and-a-half long video cuts off.

Hooker states that forcing Jenkins to sign the demands was the best Pride present ever, but acknowledges: "We'll see if she actually follows through with them."

He told the Reformer on Tuesday that he doubts Jenkins will stand by her signature, but she needs to stop coming out for photo ops if she doesn't support the cause. "She was probably just trying to get out of there," he said.

Jenkins represents Ward 8 and is vice president of Minneapolis City Council. She won the 2017 general election with 73 percent of the vote.