"The two officers opened the door to see the foyer of the Pelosi Residence, Mr. Pelosi, wearing a long-sleeved shirt, DEPAPE in shorts, running shoes and a sweatshirt, and DEPAPE and Mr. Pelosi jointly gripping a hammer," the DOJ report stated. 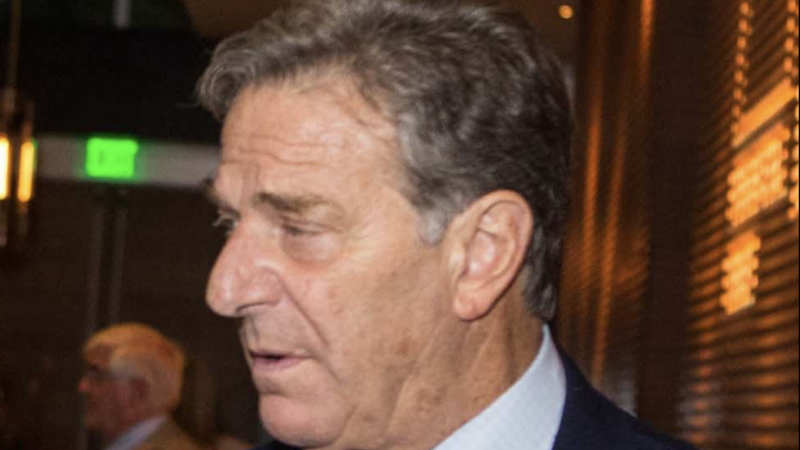 NBC Bay Area reports that they "spoke with a source familiar with the Pelosi investigation, who personally viewed body camera video recorded by officers responding to the Pelosi's San Francisco home" and the body cam video shows Paul Pelosi opened the door for police, despite the DOJ saying otherwise.

San Francisco District Attorney Brooke Jenkins had previously stated that on the night of October 28, DePape broke in through a rear glass door, and snuck into the bedroom where Paul Pelosi was sleeping. She said that there was no security present at the time.

Paul Pelosi called 911 from a bathroom, and when San Francisco police officers arrived at the scene, DePape and Paul Pelosi struggled, ending with DePape hitting Paul Pelosi in the head with a hammer. DePape was arrested and 82-year-old Paul Pelosi suffered a fractured skull during the attack, sending him to the hospital, although he is expected to make a full recovery.

Earlier reports had Pelosi opening the door for police but the DOJ complaint reads, "Moments later, at approximately 2:31 a.m., SFPD officers responded to the Pelosi Residence and two officers knocked on the front door. The two officers who approached the door had their body-worn cameras activated. The two officers opened the door to see the foyer of the Pelosi Residence, Mr. Pelosi, wearing a long-sleeved shirt, DEPAPE in shorts, running shoes and a sweatshirt, and DEPAPE and Mr. Pelosi jointly gripping a hammer."

"DEPAPE then pulled the hammer over his head, thereby also pulling Mr. Pelosi closer to him and swung the hammer abruptly and forcefully at Mr. Pelosi. In total, these events lasted approximately fifteen seconds," the complaint reads. "As the officers rushed through the door, they found Mr. Pelosi and DEPAPE on the floor, with DEPAPE’s legs on top of Mr. Pelosi. Officers restrained DEPAPE and called for medical assistance, as a pool of blood swelled around Mr. Pelosi’s head."

Paul Pelosi said DePape was there for his wife, Nancy, and would wait for her return.

On November 1, DePape pleaded not guilty at an arraignment hearing to a number of felonies unrelated to the federal complaint including charges of attempted murder, assault with a deadly weapon, residential burglary, false imprisonment of an elder, elder abuse, and threats to a public official and her family.

DePape, an illegal immigrant, was previously in a romantic relationship with 53-year-old Oxane 'Gypsy' Taub, a convicted pedophile who stalked a 14-year-old boy whom she met through one of her sons.

Taub, calling from the California Institution For Women in Corona, California, spoke to local ABC news on Sunday and said, "He is mentally ill. He has been mentally ill for a long time."

Writing for substack Michael Shellenberger said, "Neighbors described DePape as a homeless addict with politics that was, until recently, left-wing, but of secondary importance to his psychotic and paranoid behavior."