DePape was also accused of child sexual abuse by his surrogate children, one of whom said she wasn't surprised about the Pelosi assault, "considering the kind of extreme abuse he had inflicted on me and my brothers." 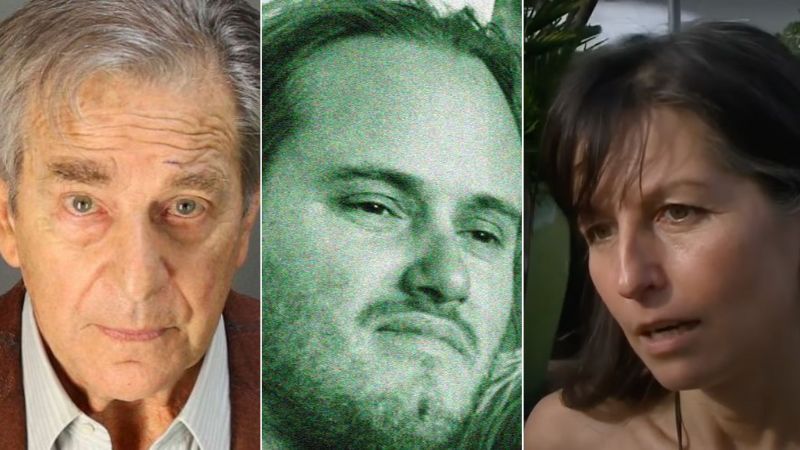 42-year-old David DePape, the man who allegedly assaulted Paul Pelosi early Friday morning, was previously in a romantic relationship with 53-year-old Oxane 'Gypsy' Taub, who has been convicted of child abuse, while children whom DePape served as a surrogate father for have all accused him of child sexual abuse.

Writing for Substack, Michael Shellenberger reported on a neighbor of Taub and DePape's, Ryan La Coste, who lived near their Berkeley home. La Coste said "Before Gypsy got locked up, there were sex dolls drying on the back of their porch that I'm assuming she bought for her sons."

Taub and DePape's Berkeley home was described by neighbors as "an open drug scene" and a "hippie collective." Taub and DePape were also known as nudist activists who would protest laws and ordinances that told citizens to wear clothes in public. She protested nude at San Francisco City Hall and hosted a 9/11 denier public access television program in the nude, while he was known as a "Castro Nudist," a term referring to the gay prostitute scene in California's Castro Valley.

According to La Coste, he would often complain that the pair's enthusiasm for nudism often involved minors they would have around their property, including Gypsy's sons by another man and their friends.

According to the Daily Mail, Taub "is a pedophile who attempted to kidnap a 14-year-old boy" and was convicted of child abuse in 2021. She had been stalking the 14-year-old boy she met through one of her sons. She purchased sex dolls for the child, said she wanted to date him, and expressed her "love and desire" for him. She emailed and would often try to beguile him into meeting her privately.

The boy's family placed a restraining order on her but she had one of her own boys give a letter to the victim reading, "This is our last chance to help you. Leave your bag and your regular cell phone in the locker."

When she arrived to meet the boy, wearing a disguise, she was instead greeted by police who promptly arrested her. She was later convicted of child abuse.

DePape was also accused of child sexual abuse by his surrogate children. Inti Gonzalez, in a now deleted blog post, came forward on Friday and identified as his daughter, as her mother began a 13-year relationship with DePape when she was pregnant. When they reached adulthood, Gonzalez's brother, Nebosvod, followed by another brother and then Gonzales all opened up about the abuse they allege was inflicted by DePape.

When she heard about the incident at Pelosi's house, Gonzalez wrote she wasn't surprised, "considering the kind of extreme abuse he had inflicted on me and my brothers."

According to Shellenberger, "Neighbors described DePape as a homeless addict with politics that was, until recently, left-wing, but of secondary importance to his psychotic and paranoid behavior."

The incident, which happened around 2:27 am had the suspect break into the home,but then DePape apparently allowed Pelosi to use the bathroom, leading to the 911 call where he referred to DePape as a "friend." It is unclear whether Paul Pelosi was trying to say that DePape was his friend or Nancy's friend.

Reports have emerged that allege Paul Pelosi may have met DePape at a gay bar and taken the man home.
ADVERTISEMENT
ADVERTISEMENT
SanFrancisco