Musk's comment came during a brief Twitter interaction, after Musk asked users, "what should Twitter do next?" one user suggested that Alex Jones be unbanned, to which Musk simply replied, "No." 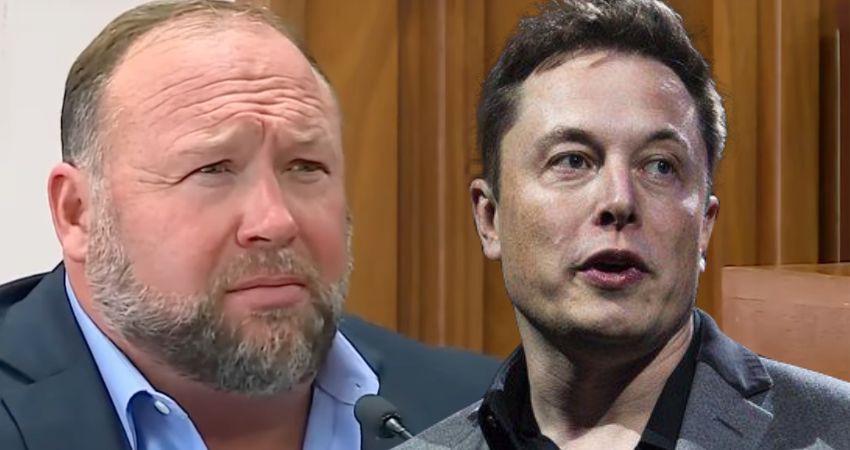 Roberto Wakerell-Cruz Montreal QC
Nov 18, 2022 minute read
ADVERTISEMENT
ADVERTISEMENT
Twitter CEO Elon Musk said on Friday that controversial Infowars host Alex Jones would not be next up on the list of people to unban on his platform. Musk made the comment on the same day that he unbanned Dr. Jordan B. Peterson, Kathy Griffin, and the Christian satire site The Babylon Bee.

Musk's comment came during a brief Twitter interaction, after Musk asked users, "what should Twitter do next?" one user suggested that Alex Jones be unbanned, to which Musk simply replied, "No."

In 2019, Jones's Twitter was deleted, along with his Facebook platforms. Facebook told NBC News at the time that it was banning Jones's accounts because of his posts that go against Facebook's policies against hate speech and misinformation.

Jones was recently ordered to pay $965 million to Sandy Hook families, which Jones called a "political joke" and compared the amounts to "getting blood out of a stone." He was later ordered to pay an additional $473 million.

An earlier version of this article stated that Elon Musk said that Jones would never be unbanned. This has been corrected.
ADVERTISEMENT
ADVERTISEMENT
elon jones