BREAKING: Antifa-backed trans sex offender at center of WiSpa controversy arrested after months on the run 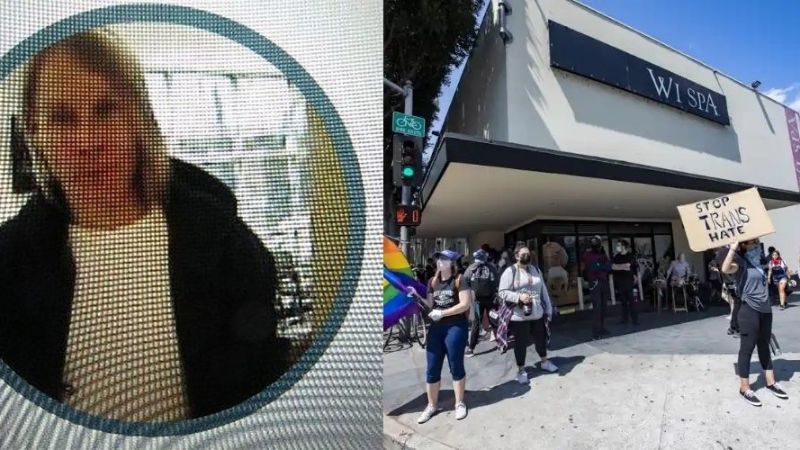 On Sunday, Darren Merger, a biological male who identifies as transgender, who allegedly exposed his genitals to a little girl and several women in June of 2021 at the Los Angeles Wi Spa, was apprehended after months of an outstanding warrant was out for Merger's arrest for indecent exposure.

The Post Millennial Editor-at-Large Andy Ngo tweeted, "BREAKING Wi Spa update: The trans sex offender & wanted fugitive over women's locker room indecent exposure incidents, including Wi Spa case defended by Antifa, has been arrested. Darren Merager had been on the run since September 2021 after my reporting. Bail is set at $350k."

"Though Darren Merager is legally female through California's self-ID law, Merager is currently being kept in a male inmate facility in Los Angeles. After 15 months of being a wanted felony fugitive, the registered sex offender was arrested on Dec. 13, 2022," Ngo wrote.

"In June 2021, a video recorded at Wi Spa went viral. It showed women complaining about a nude man in the women's section. The incident was dismissed as a transphobic hoax by left-wing press. I investigated & found out a sex offender was the suspect."


Charges were filed on Merger, who is a tier-one registered sex offender with multiple felonies, after the incident.

Ngo posted video of the original incident, where a woman can be heard complaining about Merger.

"Wi Spa, so it's okay. I just want to be clear with you. It's okay for a man to go into the women's section, show his penis to young little girls. Your spa, Wi Spa, condones that," she said. "Girls down there, other women who are highly offended by what they just saw and you did absolutely nothing. You sided with him. Wi Spa is in agreement," the woman says to the workers at the spa's front desk.

For months after the incident happened at Wi Spa, management chose to ignore the women. Left-wing media outlets reported it was a "transphobic hoax." This led to months of protest, sometimes violent, around the Spa.

In an interview with Ngo, Merager denied all wrongdoing and claimed that he was the victim of "transphobic sexual harassment," despite his alleged flashing.

Ngo told Tucker Carlson in September of 2021, "As a gay man, LGBT stories interest me, but as a journalist, the truth matters the most. The truth here is that four women and a minor girl, all people of color, came forward to authorities, despite the pressure that they were facing from the public. The LAPD were completely silent for two months throughout this investigation which seemed like they were trying to make the story go away or was giving some legitimacy that there wasn't merit to the original claims."