But the news wasn't fake, it was real, and the person who was at the core of this news story was not an innocent trans woman looking to indulge in spa activities, but a serial sex offender. 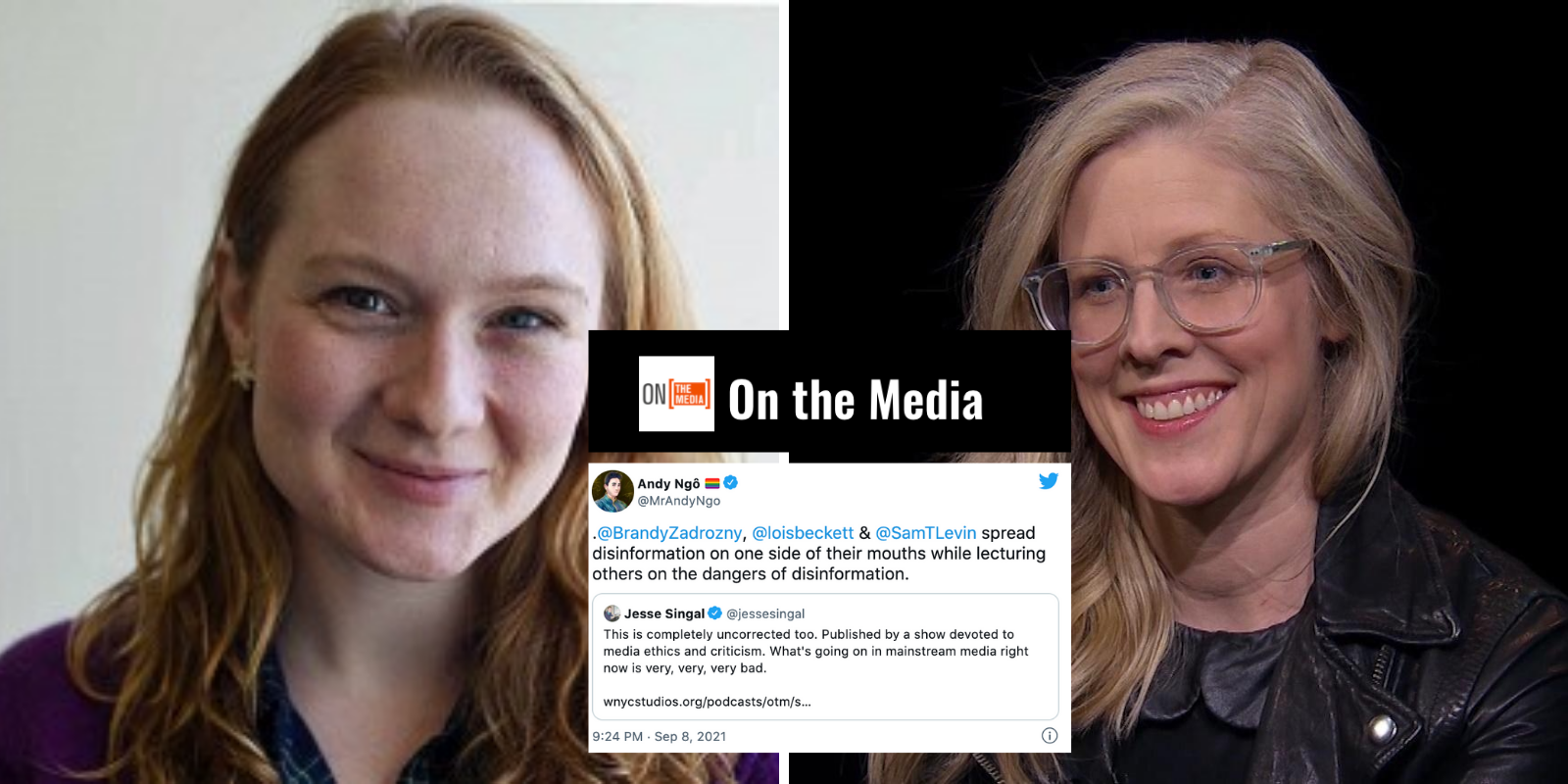 Disinformation "specialist" Brandy Zadrozny hosted an episode of On the Media in August where she and her guests discussed the events that occurred at LA's Wi Spa in June. She spoke to Lois Beckett, of The Guardian, and their reporting focused on the issue of what they called "fake news."

But the news wasn't fake, it was real, and the person who was at the core of this news story was not an innocent trans woman looking to indulge in spa activities, but a serial sex offender.

The events unfolded after a June incident where a woman was in the women's area of the Wi Spa when she said she encountered a biological male who had an exposed penis. She reported this to spa staff, who told her that the person had a right to be in the women's area because that person was a trans woman.

Outlets including Slate said the incident and accompanying video was a "transphobic hoax," and a narrative emerged that those who had concerns about biological males having access to women's only spaces were all perpetuating a hoax.

When the video was made public, via the woman's instagram, concerned parents and women's rights activists took to the streets outside the LA spa location to protest. This was counter-protested by Antifa, and it turned violent.

Beckett was at that protest, and said it was "very chaotic and very intense." In recounting the event, she said "people [were] screaming at me like throwing water at me, throwing a water bottle at me, and eventually someone shoved me to the ground."

"Real world violence that stems from, you know, so-called fake news isn't that common," Zadrozny said. "Does it feel like this story is an exception, a precursor of what's to come?" She asked Beckett.

In asking, Zadrozny assumed fully that it is "fake" that a biological male exposed himself intentionally in the women's area of the Wi Spa. But that's exactly what happened, and the individual is currently facing charges.

"I think the thing we're all afraid of is it's a precursor of things to come," Beckett replied to Zadrozny's question, before equating the violence perpetrated at the Wi Spa against people trying to protect children to those who attended the Capitol riot on January 6, 2021.

After listing protests and violence in Kenosha, Wisc., and Portland, Ore., she said "...it did culminate in the attack on the Capitol. Local fights are a training ground for what goes national. And I think I thought that the fear from the FBI's investigation of the Capitol rioters and all of these arrests would have a longer effect at making people, specifically the Proud Boys, a little bit more nervous about coming out to fight and attack people in public."

"They were supposed to go back into their holes, I was told," Zadrozny quipped.

"Yeah, I mean, it's July, it's August," Beckett said. "Like here they are in the streets of Los Angeles being publicly violent again and without consequence. We know where that leads."

For Zadrozny, the parents and women's rights advocates who protested outside the Wi Spa in LA to protect women and girls were "emboldened" by Trump. She also believes that parents who stick up for their kids against critical race theory indoctrination are mere mouthpieces for Trump-allied political groups.

But the Wi Spa protests were about allowing a registered sex offender access to nude women and girls. Zadrozny may not have been aware of this at the time, but no correction has yet been made to the story by On the Media.