BREAKING: AOC’s aunt debunks claim that Trump was to blame for her abuela’s horrid living conditions

After Rep. Alexandria Ocasio-Cortez tweeted about her abuela's dilapidated home in Puerto Rico to "score political points," the progressive congresswoman's aunt said that the situation cannot be blamed on former President Donald Trump. 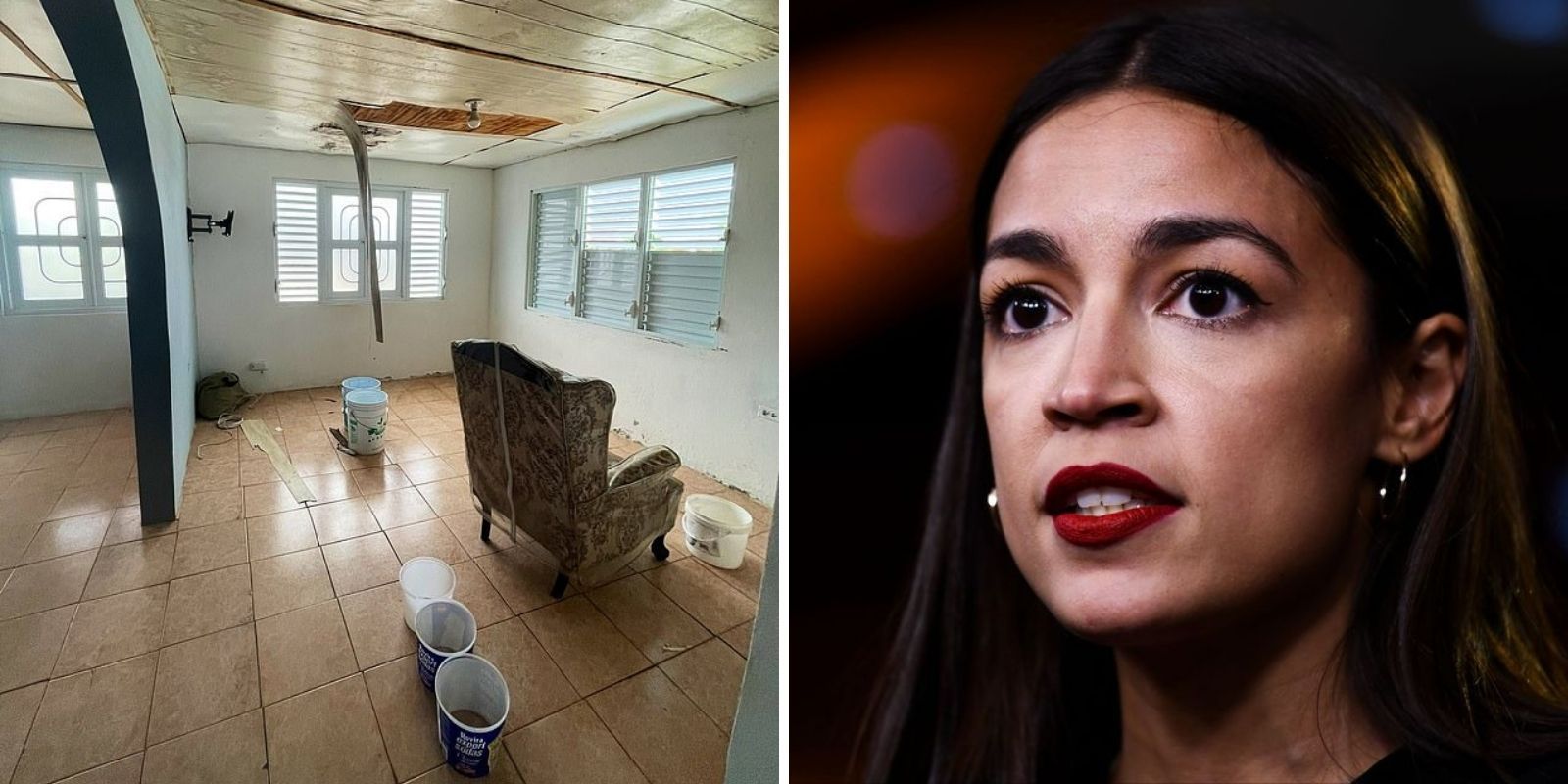 After Rep. Alexandria Ocasio-Cortez tweeted about her abuela's dilapidated home in Puerto Rico to "score political points," the progressive congresswoman's aunt said that the situation cannot be blamed on former President Donald Trump.

The high-profile "Squad" member may not have the unequivocal support of one family member for the recent online outburst. Last week, Ocasio-Cortez had tweeted two pictures of grandmother Clotilde Rivera's squalid living conditions.

"Just over a week ago, my abuela fell ill. I went to Puerto Rico to see her- my 1st time in a year+ bc of COVID. This is her home. Hurricane María relief hasn’t arrived. Trump blocked relief $ for PR (Puerto Rico). People are being forced to flee ancestral homes, & developers are taking them," Ocasio-Cortez tweeted last Wednesday. The uploaded photographs of the ancestral house included very little furniture and ceiling coverings peeling away due to significant water damage.

The representative stated that in the aftermath of Hurricane Maria, the Trump administration handed out millions in public money to "unqualified donor pals" and imposed "difficult eligibility rules for Puerto Ricans, which allowed mass rejections of recover fund applications."

The Daily Mail tracked down 81-year-old Clotilde's home to a quiet community just outside the picturesque coastal city of Arecibo, located 40 miles west from capital San Juan, on the island's north coast.

Blue tarps were seen atop Clotilde's house which appears to still sustain damages since the passing of Hurricane Maria and Hurricane Irma in 2017.

Reporters from the publication approached the two-story flat-roofed residence and were met by a woman who told the journalists after viewing Ocasio-Cortez tweets: "I am her aunt. We don't speak for the community."

The relative, who asked to remain unnamed, added: "We are private people. We don't talk about our family." She refused to point the finger of blame at Trump for thousands of Hurricane Maria victims being unable to receive money to repair shattered homes. "It's a problem here in Puerto Rico with the administration and the distribution of help. It is not a problem with Washington. We had the assistance and it didn't get to the people," the aunt explained.

"In this area people need a lot of help. Many people have needed it for the past four years and haven't had anything," she added. It was not clear from the crew's visit if the aunt lived at the house as well—on the lower floor from where she emerged.

However, it does appear Clotilde is still living there.

When asked if the reporters could speak to Clotilde about the alleged circumstances, the aunt went back into the house on the lower level. About 15 seconds later, she emerged, stating: "She's not talking to anybody."

The woman who identified herself as Ocasio-Cortez's aunt expressed sympathy for those who still need help after the 2017 disaster, which damaged 90 percent of the island's 1.3 million dwellings and killed 2,975 people.

The area where Ocasio-Cortez's grandmother lives experienced some of the worst devastation on the island when the Category 5 storm swept through after making landfall on Sept. 20, the DailyMail reported.

The team of DailyMail reporters approached the area's city hall containing the municipal government, which has jurisdiction over where Ocasio-Cortez's grandmother lives. Inside, planning director Leslie Orama offered how to solve the roof dilemma facing the politician's relative. "If we can get the name of the lady, we might be able to reach some other funding that could be helpful for her to ensure that she lives under appropriate conditions," Orama said.

If residents had been refused by Federal Emergency Management Agency, those individuals could go to the municipal government for possible help through various grants now available, Orama explained, naming City Development Block Grants and other programs, including regular funding to aid home repair.

"If the citizen comes and we are able to help, we will make every effort to support them," Orama told the DailyMail. The city official denied Ocasio-Cortez's statement that relief "hasn't arrived," adding "that's not the case."

Orama conceded that funds have been "limited in the amount that can be handed to the people that were affected, because of the process itself."

"It might require objective evidence that people might not be able to provide. One of those is proof of ownership. What's happening is not that the money is not there, it's just the requirements to get the help makes it difficult to receive it," Orama continued. She looked towards the claims, not the distribution.

Orama said that the federal government has been "making sure that the money goes to the right places," but sometimes the claims are "not real" or people even damage property in order to receive money.

Daily Wire host Matt Walsh raised more than $104,000 through GoFundMe to help repair the impoverished home, but the congresswoman refused it.

The #HelpAbuela campaign was shut down after someone in the beneficiary's family said that Ocasio-Cortez's abuela won't accept the charitable donations.

Walsh and other right-wing personalities lambasted Ocasio-Cortez for the Tesla-owning politician's inability to help repair the hurricane-stricken home.