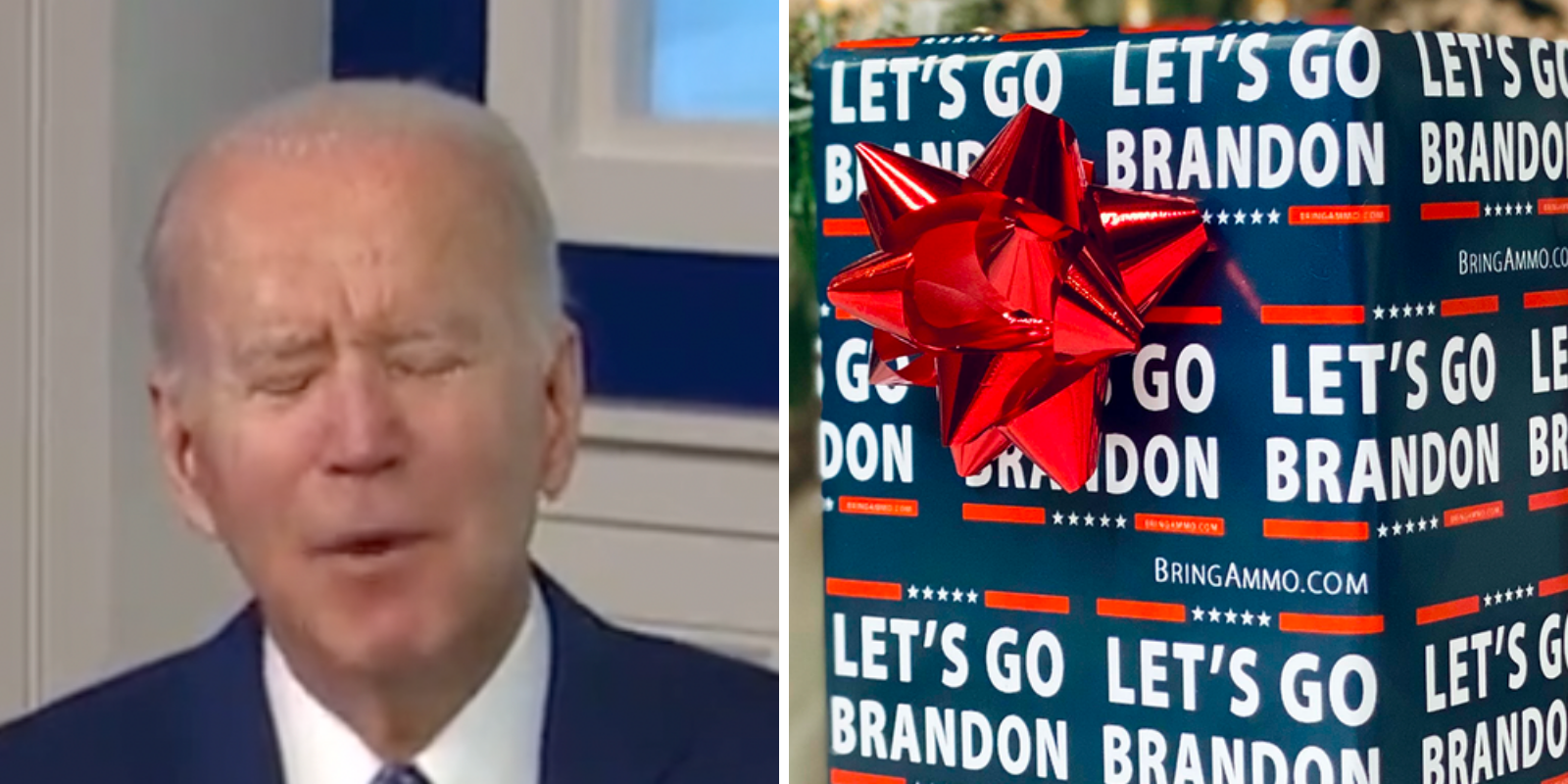 Video actually exists of this incredible moment when the President echoes the sentiment "Let's go Brandon" and the First Lady laughs.

Diamond reports that this was just after the President had wished the family a Merry Christmas.

Since then, the cheer has become a rollicking, joyous chant for any group of people, large or small, who want to express their displeasure with the president or the current administration.

"Let's go Brandon" has made its way to wrapping paper, and an entire store opened up selling "Let's go Brandon" in one of the bluest states, Massachusetts. House Speaker Nancy Pelosi was heckled with the chant while speaking in San Francisco, and President Biden was treated to "Let's go Brandon" when visiting storm-ravaged Kentucky.

Songs using the phrase knocked Adele off the charts, and Steve Bannon has backed a cryptocurrency called $FJB, the "Let's go Brandon" coin. Former President Donald Trump even laughed when the chant was heard at the World Series.

Democrats have claimed that the chant is equivalent to burning the flag. But Democrats and media loved saying "F*ck Trump" during his time in office.