He explained that the move was recommended by Defense Secretary Lloyd Austin, who argued it would "enhance Ukraine's capacity to defend its territory and achieve its strategic objectives." 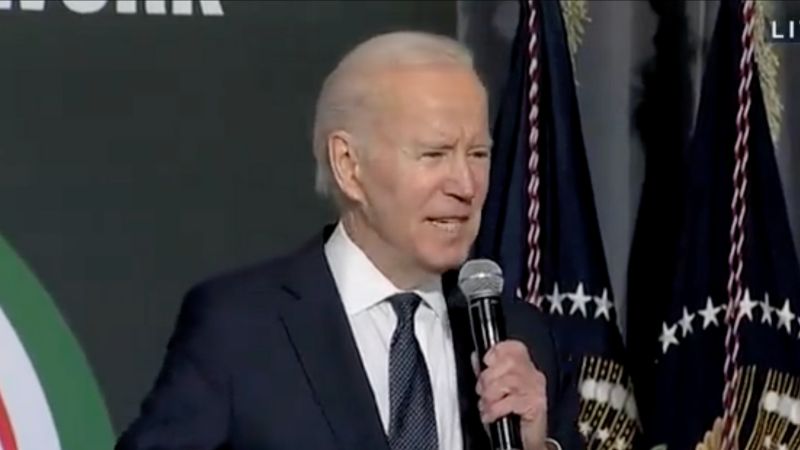 Biden's announcement came just hours after his German counterpart Olaf Scholz made it known that Berlin would be supplying Ukraine with a series of Leopard 2 tanks.

"Today," Biden began, "I'm announcing that the United States will be sending thirty-one Abrams tanks to Ukraine, the equivalent of one Ukrainian battalion."

He explained that the move was recommended by Defense Secretary Lloyd Austin, who argued it would "enhance Ukraine's capacity to defend its territory and achieve its strategic objectives."

As Biden and his colleagues prepared to leave the press conference, a reporter questioned the timing of Biden's decision, asking if Germany forced him to change his mind.

"Germany didn't force me to change my mind," Biden replied with a smirk. "We wanted to make sure we are all together."

The German government had, until recently, expressed concern that sending tanks to Ukraine would escalate the conflict, however, the US and other European nations worked to persuade Scholz and his crew that it was the right decision. Colonel André Wüstner of the German Bundeswehr Association, however, maintained that the move was "good for Ukraine, bad for the German army," and expressed concerns that it would weaken the nation's ability to defend itself.

According to Fox News, while the European Leopard 2 tanks are essentially ready to use by the Ukrainian military, the American M1 Abrams vehicles "will take months" to make it to their intended destination. This is due to the fact that instead of coming from US stockpiles, they will be procured fresh via the Ukraine Security Assistance Initiative.

US officials explained that training for the tanks, which differ slightly from those currently being used by the Ukrainian military, would take place outside Ukraine, however, they did not specify an exact location.
ADVERTISEMENT
ADVERTISEMENT
Biden