"No, that is not what we would characterize it as. Those were comments made by a Republican congressman this weekend," White House Press Secretary Jen Psaki said. 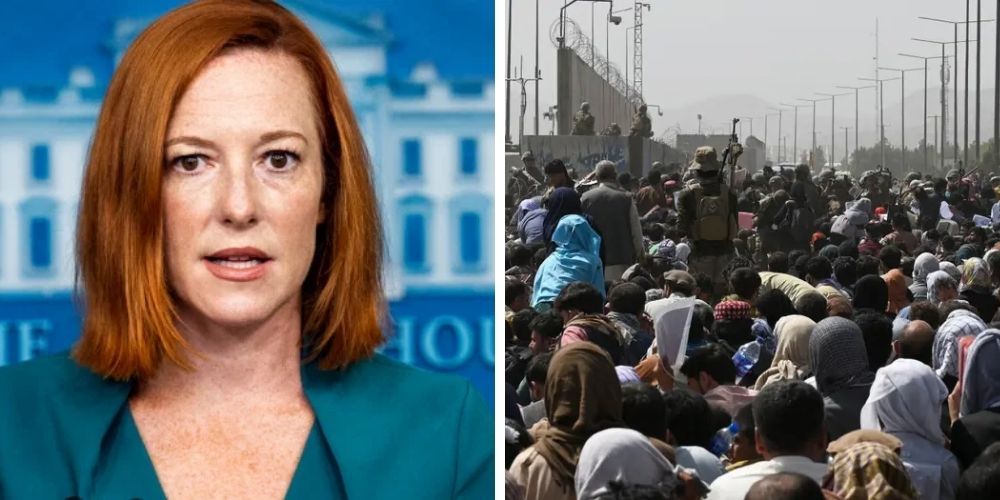 White House Press Secretary was asked Tuesday if the planes being blocked from leaving Afghanistan are a hostage situation. "No, that is not what we would characterize it as. Those were comments made by a Republican congressman this weekend," she replied.

"So let me be very clear. We're in touch with American citizens. We're working to get them out. There are four who were able to depart overland," Psaki said.

"Our Secretary of State is in Qatar right now working on a range of options, including getting flights up and operational and going. And what we have seen is that individuals who have documentation are able to depart or that is what we have seen. But again, we don't have a great deal of understanding of every individual on these manifests," concluded Psaki.

Psaki's comments were made during the gaggle aboard on Air Force One on Tuesday, while the president was in route to New Jersey to survey damage from Hurricane Ida.

When asked about the ongoing humanitarian crisis, Psaki said that "we're doing a couple of things. One, the President signed an OFAC license just a few weeks ago, to ensure that humanitarian assistance from trusted groups like the World Food programs, and others can get on the ground."

Meanwhile, Secretary of State Antony Blinken held a press conference from Qatar on Tuesday and said the State Department is doing "accountings on the back end" of Afghan evacuees in the United States.