Brett Hankison was the only officer charged in connection to the shooting, and was acquitted of all charges on March. 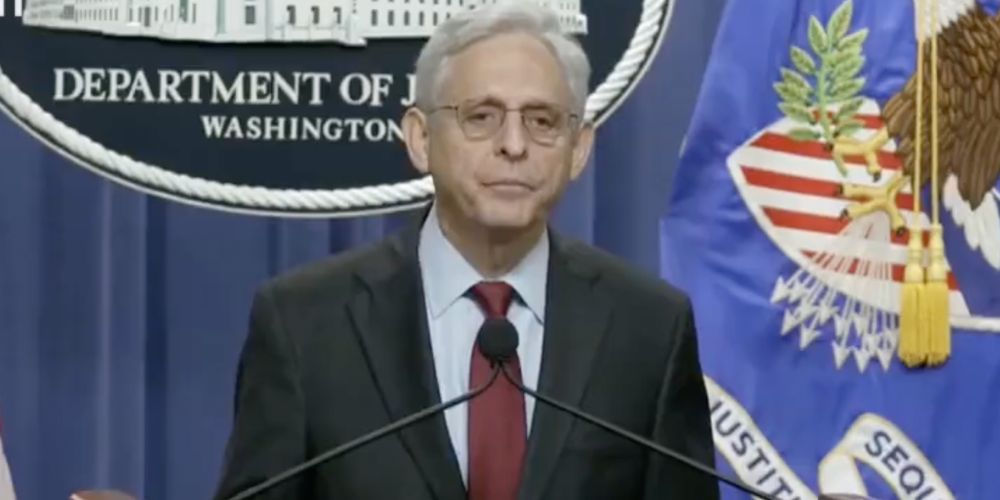 On Thursday, US Attorney General Merrick Garland announced that the Department of Justice has filed federal charges against four former and current Louisville police officers that were involved in the 2020 death of Breonna Taylor.

Brett Hankison was the only officer charged in connection to the shooting, and was acquitted of all charges in March.

In a press conference on Thursday, Garland said, "We allege that the defendants knew their actions in falsifying the affidavit could create a dangerous situation. And we allege these unlawful acts resulted in Ms. Taylor's death."

"The charges announced today also allege that the officers responsible for falsifying the affidavit that led to the search, took steps to cover up their unlawful conduct after Ms. Taylor was killed," Garland continued.

"We also allege that they conspired to mislead federal, state and local authorities who are investigating the incident. For example, we allege that in May 2020, those two defendants met in a garage where they agreed to tell investigators a false story. This indictment separately alleges that defendant Meany lied to the FBI during its investigation of this matter," Garland continued.

According to ABC News, the charges brought against this group include civil rights offenses, unconstitutional use of force, unlawful conspiracies, and obstruction offenses.

One of the defendants, Jaynes, was reportedly arrested by the FBI on Thursday morning, according to Fox News.

Jaynes was fired from his position at the Louisville Police Department in January of 2021 after his supervisors claimed that Jaynes had lied on the paperwork which led to the March 2020 raid at Taylor’s apartment.

"Another indictment filed today alleges that after Ms. Taylor was shot, another LMPD officer, defendant Brett Hankison, moved from the doorway to the side of her apartment and fired 10 more shots through a window in a sliding glass door, both of which were covered with blinds and curtains," Garland said.

"Defendant Hankison has been charged with two civil rights offenses, alleging that he willfully used unconstitutionally excessive force while acting in his official capacity as an officer," he added.