"In the first five days of working at this company, I've had more conversations about ethical journalism than I did probably in the last ten years of my career," Patrick Davis said. 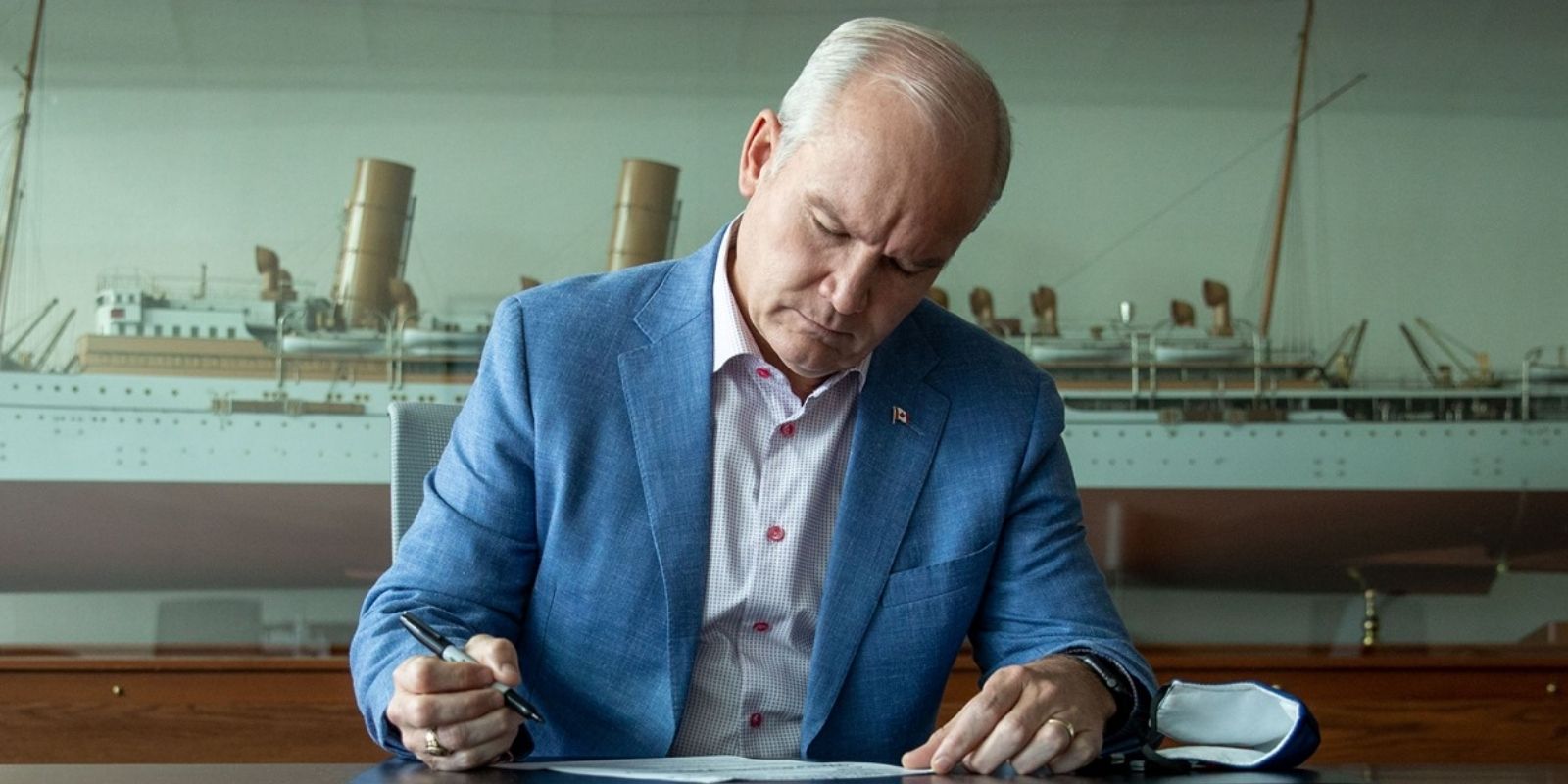 James O'Keefe, founder of Project Veritas, spoke at CPAC in Orlando on Thursday, and spoke about the changes made at CNN, in part due to the Project Veritas' undercover reporting on the network. From exposing the bias of the former CNN head Jeff Zucker to exposing pedophiles, Project Veritas has kept the heat on CNN in an effort to hold them accountable to the journalistic standards they claim to believe in.

On stage at CPAC, O'Keefe introduced Patrick Davis, a 25-year veteran operations manager for CNN, as the new executive producer with Project Veritas. The crowd erupted in cheers to welcome Davis to the stage, and to the organization.

O'Keefe said that change comes when people "cease to be afraid," and that's something that O'Keefe, and Project Veritas, have certainly done. That is a big draw for Davis, and a reason he joined the organization. He spoke, too, about the egalitarian nature of the enterprise.

"Journalists used to be adversarial and expose the powers that be, now they work in concert with the powers that be," he said. The Project Veritas method, of undercover reporting, confrontations and pushing for answers, has gotten the outlet locked out of social media platforms like Twitter, but the work continues, and continues to influence the media landscape.

"It's great to be back in Florida where people still believe in freedom," Davis said as he walked on stage. He spoke about his experience at the Washington Bureau of CNN. He retired as the Field Operations Manager and joined Project Veritas.

Davis was previously the subject of a Project Veritas expose in 2019, wherein he said the network wasn't "what it used to be," and said that journalism had become "infotainment." His joining Project Veritas comes after the FBI raided O'Keefe's home and confiscated his devices, after which he sat down with O'Keefe.

He said that "In the first five days of working at this company, I've had more conversations about ethical journalism than I did probably in the last ten years of my career...I mean, this is a young team, but they- but they love journalism. They love getting to the bottom of things."

Davis said that the does "think objective journalism is absolutely possible." He also expressed that he hopes "to get back into more investigative-type journalism." During his career, Davis won four Emmy Awards and three Peabody Awards.

Davis said that very few people knew he was joining Project Veritas, saying "most people would run away from this... I ran towards it." He said that the raiding of O'Keefe's home and offices was the "biggest abridgment to the First Amendment" that he's seen, noting that there's a reason it's first.

He spent two years in retirement, and said that he wants to keep his personal life and professional life separate, in order to protect his family, but that the work is too important not to do it.

Davis also cited mask mandates and the failures of education and government over the past two years "while the elites of the world are gallivanting around at the Super Bowl," saying "it's rules for thee and not for me."

"I'm not here to say 'I told you so,'" he said, "but Jeff Zucker, I told you so." Davis said that journalists need to do their jobs, and that there's an appetite for credible journalism.

"It's time for us to get back to the basics of journalism," he said, noting that the current media outlets need to "tell the news without the spin, the way we used to do it." Americans can decide for themselves what to think, he said, they don't need to be told.

Without a free press, without biases, without spin, the First Amendment fails, he said. "It's our obligation to do better," he said, and the people in power need to be held accountable.

"Be brave, do something. I did," Davis concluded.