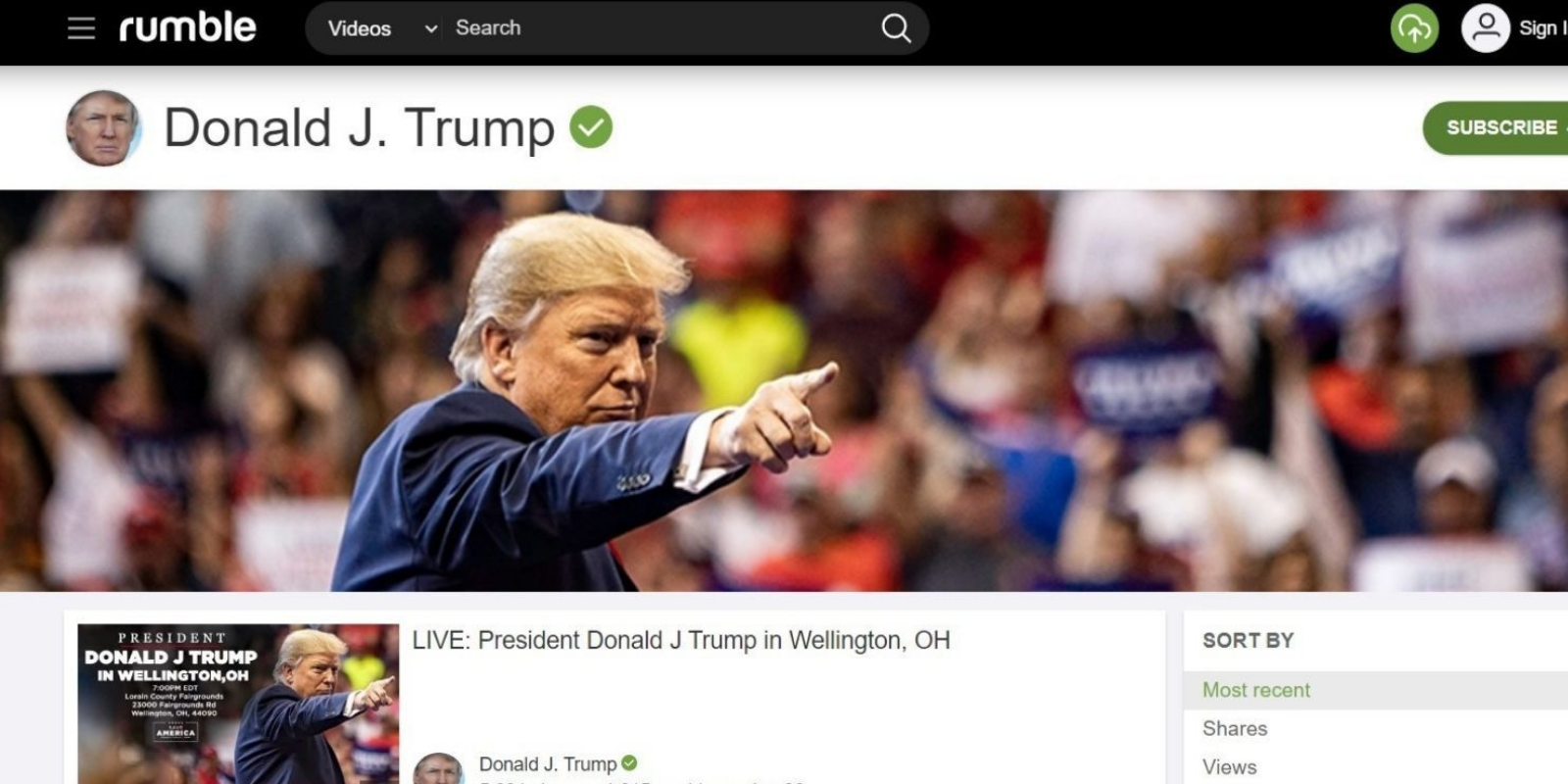 The only video uploaded by Trump to date is a placeholder for the live feed of his upcoming remarks at the first post-presidential rally sponsored by Save America, which begins at 7:00 p.m. EST.

Trump's event held outside Cleveland, Ohio, on Saturday evening marks the first campaign-style rally since leaving the White House. The former Republican commander-in-chief is slated to speak in Wellington at the Trump-branded rally, similar in nature to the signature gatherings that propelled Trump into the presidency in 2016 and that he held during the 2020 re-election run.

Rumble has become YouTube's greatest competitor as the conservative and free speech revolt against Big Tech censorship continues to grow.

YouTube has suppressed, de-platformed, and demonetized conservative creators, including high-profile battles with popular users such as Steven Crowder, who was removed from the site's partner program. YouTube says it will lift the ban against Trump "when the risk of violence decreases," which is an indefinite charge given that there is no risk of violence as alleged.

Rumble had 1.6 million members at the third quarter of 2020 and 31.9 million for the first quarter of 2021. Rumble has also attracted PayPal co-founder Peter Thiel as an investor and conservative firebrand Dan Bongino as part-owner.

Trump's son Donald Trump Jr. has an account on Rumble and has since used the platform to blast President Joe Biden's failing "Build Back Better" plan amid gas shortages, the Colonial Pipeline cyber attack, and the recent "disastrous" jobs report. He has also slammed Rep. Maxine Waters (D-CA) for failing to understand how the stock market works in relation to the recent GameStop/Reddit saga.

The former president was exiled across social media in the aftermath of the Capitol Hill riot on Jan. 6. Trump has been reacting to media developments on his own Twitter-style blog where he broadcasts thoughts to the world.

The interface itself comes equipped with options to share posts to Big Tech giants Facebook where he remains banned.