"I founded Rumble and forever wanted to work with you," Rumble CEO Chris Pavlovski said. "Below is from 2010 when I visited SpaceX. I was ready 12 years ago, and I'm ready 12 years from now. Whenever you're ready. In the meantime, let's peer our datacenters with Starlink to secure free speech." 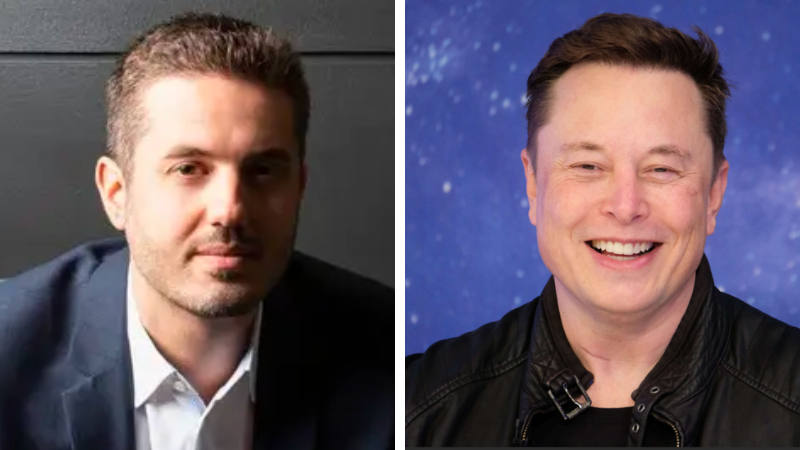 The Post Millennial
Sep 27, 2022 minute read
ADVERTISEMENT
ADVERTISEMENT
Elon Musk responded to Rumble founder and CEO Chris Pavlovski on Twitter late Tuesday, suggesting that the two should perhaps meet up. "Maybe worth talking at some point," Musk said to Pavlovski.

It all began when Russell Brand was censored by YouTube, which led to Brand moving to the rival platform. Brand released a video talking about that censorship, which was over Covid vaccine information, and how YouTube leaves up videos that claim Covid vaccines are super effective, while taking down those that question it.

"We have been officially censored by YouTube," Brand said. "They took down one of our videos for misinformation."

"But why are big media organizations not censored for misinformation in the same way? Is it because YouTube are part of the mainstream media? Now, earlier this month," he said, launching into what predicated the censorship, "we did a video about the changing narratives around Covid the pandemic and Covid treatment in which we cited information on official government websites, which we misinterpreted. I'll have to be careful talking about it now because I don't want to make the same mistake. There's had one of our videos pulled down and an official warning issue. The good news is we're moving to Rumble. All of our content is up on Rumble first, and we'll be streaming on Rumble every day."

Brand noted that they'd made an error, but that it was unreasonable for his channel to be "persecuted for misinformation."

"That's the reason we're joining them," he said of the move to the rival video streaming platform, "because we're not going to censor our content. And this misinformation drive and takedown demonstrates exactly what it is we're talking about."

Dan Bongino suggested that "It would be really incredible if you and Rumble got together. A force multiplier like no other." This after the platform went public on the NASDAQ last week (RUM).

"I’m a little preoccupied rn," Musk replied, likely referring to the lawsuit he's dealing with over his pending Twitter buyout.

Pavlovski replied "I founded Rumble and forever wanted to work with you," going on to say "Below is from 2010 when I visited SpaceX. I was ready 12 years ago, and I'm ready 12 years from now. Whenever you're ready. In the meantime, let's peer our datacenters with Starlink to secure free speech."

That piqued Musk's interest. "Maybe worth talking at some point," he said.

Rumble is a rival to YouTube, and promises a censorship-free, open platform dedicated to free speech, in stark contrast to their primary competitor.
ADVERTISEMENT
ADVERTISEMENT
rumble story