Musk has focused on the decline of the population in the past and has encouraged humanity to have more children. 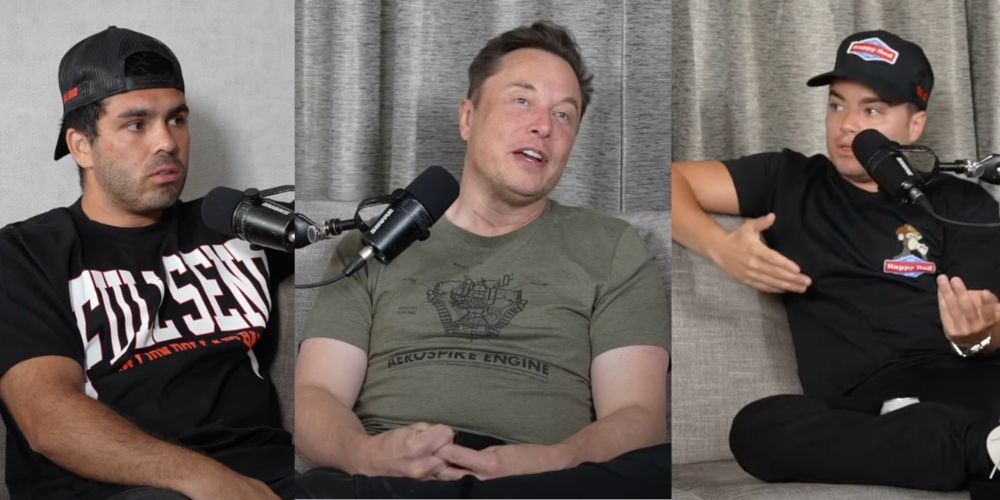 On Friday's episode of The Full Send Podcast, guest Elon Musk said that the biggest threat mankind is currently facing is "population collapse."

During the podcast the Nelk Boys asked, "What do you think's the biggest threat to mankind right now?"

Musk responded, "I say the biggest threat right now is population collapse," alter adding that "we have to get rid of this nonsense that we're having an overpopulation issue."

The SpaceX and Tesla CEO told the popular Canadian and American pranksters, the Nelk Boys, that the survival of our species depends on the continuance of the global population.

"Don't we have an overpopulation problem?" they asked. "No, we have an under population," Musk asserted.

This isn’t the first time Musk has brought up the topic and has been especially vocal about the issue on Twitter. He warned about a "declining world population" in June 2019, July 2021, in December 2021, and then multiple times this year.

On January 18 Musk tweeted, "We should be much more worried about population collapse" and urged the world to have more babies after reports of declining birth rates.

In April, Musk argued that the human race not having enough children is a growing social and generational problem and linked to a sociology-focused Scientific American article from back in August 2021.

He'd previously pointed to articles from the BBC and NPR discussing the matter. The BBC piece explored the topic of declining fertility rates on a global level. Their work displayed a graph of the global fertility rate: what was once nearly 2.5 live births per woman in 2017 was forecasted to plummet to 1.75 by 2050 and 1.5 by 2100.

"Researchers expect the number of people on the planet to peak at 9.7 billion around 2064, before falling down to 8.8 billion by the end of the century," the BBC piece said and listed places like Italy and Japan as countries whose populations will halve by the next turn of the century.

The NPR piece said that "US Birthrate Fell By 4 percent In 2020, Hitting Another Record Low" and "This is the sixth consecutive year that the number of births has declined after an increase in 2014, down an average of 2 percent per year, and the lowest number of births since 1979."