DaBaby said, "Do I f*ck with Trump? Now? Hell yeah," and says his appreciation was sparked by Trump pardoning rapper Kodak Black. 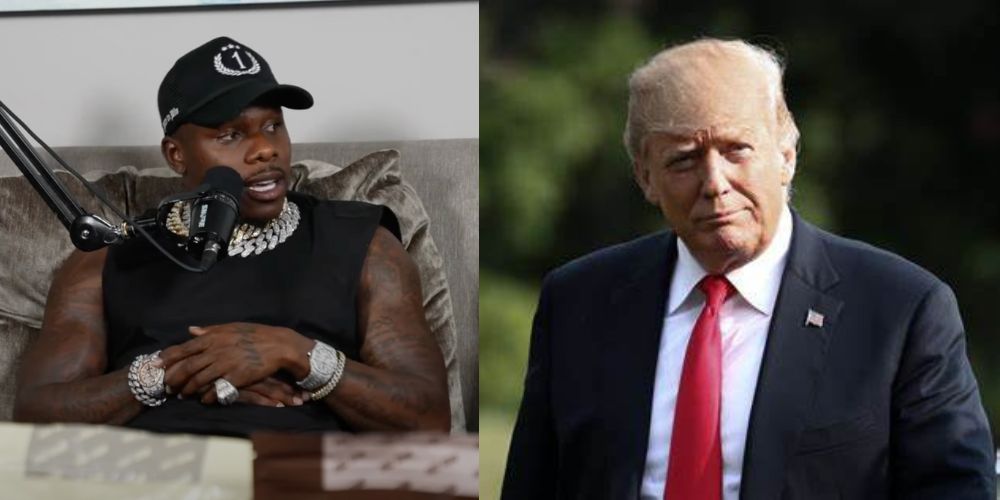 In an episode of the Full Send Podcast on Friday, rapper DaBaby said "Trump's a gangsta" and expressed support for the former president.

DaBaby said, "Do I f*ck with Trump? Now? Hell yeah," and says his appreciation was sparked by Trump pardoning rapper Kodak Black.

On his final night in the White House, President Donald Trump pardoned the rapper along with 72 others. Kodak Black was serving time in a federal prison for making a false statement in order to purchase a firearm.

DaBaby rose to fame for his song "ROCKSTAR" as well being featured on popstar Dua Lipa's hit song "Levitating."

DaBaby also remarked that the "media make an ant look like a f*ckin' dinosaur" when it comes to their portrayal of both Kodak Black and Trump.

The Full Send Podcast is hosted by the Nelk Boys, two popular Canadian and American pranksters. The pair mentioned to Da Baby that they recently had a podcast featuring Trump that was taken down by YouTube for violating its 'misinformation policy.' Da Baby's response, "because he's a Gangsta."

Following the video being removed by Youtube, the Nelk Boys tweeted out, "Youtube has DELETED our Trump episode that over 5M views in 24 hours," and included a copy of the email they received from the platform informing them that the video had been removed.

The letter from Youtube said that the video violated the platform's content policy for having "false claims that widespread fraud, errors, or glitches changed the outcome of the U.S. 2020 presidential election." During the interview, Trump had claimed that the 2020 election was "rigged."