"The questionnaire authors seem displeased with Twitter for implying, in a July 20th 'DHS/ODNI/FBI/Industry briefing,' that 'you indicated you had not observed much recent activity from official propaganda actors on your platform.'" 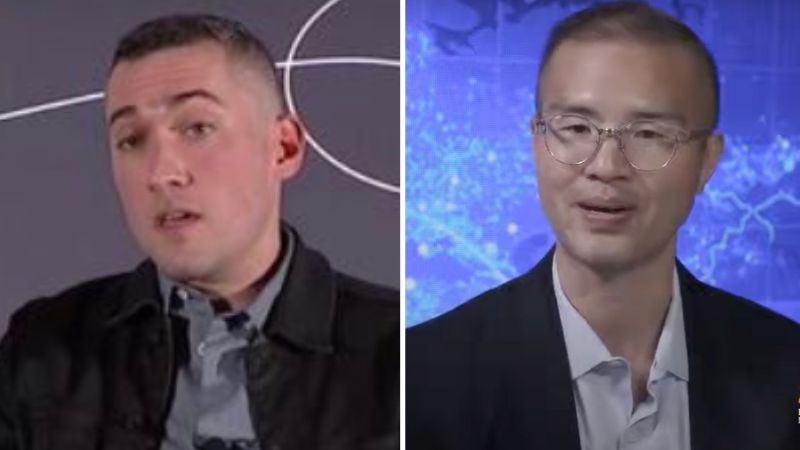 Joshua Young Youngsville North Carolina
Dec 18, 2022 minute read
ADVERTISEMENT
ADVERTISEMENT
On Sunday, Matt Taibbi, released a supplemental installment of the Twitter Files, detailing how the FBI pressured Twitter to find evidence of foreign influence on the platform, despite Twitter having said that what the FBI was looking for was not extant.

Taibbi detailed how FBI Supervisory Special Agent Elvis Chan was a lead point of contact in the government's in pressure campaign on Twitter to censor content. Chan was the FBI agent who indicated in 2020 that the Hunter Biden laptop story reported by the New York Post was a Russian disinformation dump.

"The questionnaire authors seem displeased with Twitter for implying, in a July 20th 'DHS/ODNI/FBI/Industry briefing,' that 'you indicated you had not observed much recent activity from official propaganda actors on your platform'."

"One would think that would be good news. The agencies seemed to feel otherwise."

"Chan underscored this: 'There was quite a bit of discussion within the USIC to get clarifications from your company,' he wrote, referring to the United States Intelligence Community."

"The task force demanded to know how Twitter came to its unpopular conclusion. Oddly, it included a bibliography of public sources - including a Wall Street Journal article - attesting to the prevalence of foreign threats, as if to show Twitter they got it wrong."

"Roth, receiving the questions, circulated them with other company executives, and complained that he was 'frankly perplexed by the requests here, which seem more like something we'd get from a congressional committee than the Bureau'."

"He added he was not 'comfortable with the Bureau (and by extension the IC) demanding written answers.' The idea of the FBI acting as conduit for the Intelligence Community is interesting, given that many agencies are barred from domestic operations."

"He then sent another note internally, saying the premise of the questions was 'flawed,' because 'we've been clear that official state propaganda is definitely a thing on Twitter.' Note the italics for emphasis."

"Roth suggested they 'get on the phone with Elvis ASAP and try to straighten this out,' to disabuse the agencies of any notion that state propaganda is not a 'thing' on Twitter."

"This exchange is odd among other things because some of the 'bibliography' materials cited by the FITF are sourced to intelligence officials, who in turn cited the public sources."

"That may be true, but we haven't seen that in the documents to date. Instead, we've mostly seen requests for moderation involving low-follower accounts belonging to ordinary Americans – and Billy Baldwin."

"Watch @BariWeiss and @ShellenbergerMD for more from the Twitter Files."

FBI Supervisory Special Agent Elvis Chan, the top operative who inferred to Twitter in 2020 that the Hunter Biden laptop story reported by the New York Post was a Russian disinformation dump, also made financial donations to Democrats.

Matt Taibbi, Bari Weiss, and Michael Shellenberger have Tweeted out the ​​​​​​Twitter files which are a series of reports that cover internal conversations at Twitter over several years concerning the company's censorship and information suppression efforts.

The files have revealed that previous Twitter leadership, including CEO founder Jack Dorsey, and Vijaya Gadde, former Twitter lead counsel, lied about shadow banning conservative voices for years. The files have revealed the deliberate efforts to censor stories around Hunter Biden's "laptop from hell" and have detailed how Twitter executives, especially former head of Twitter Trust and Safety Yoel Roth devised a justification to ban the sitting president.