Joe Biden asked media, Democrats, and Big Tech companies to believe in his carefully constructed "good guy" image over the truth, and they did. 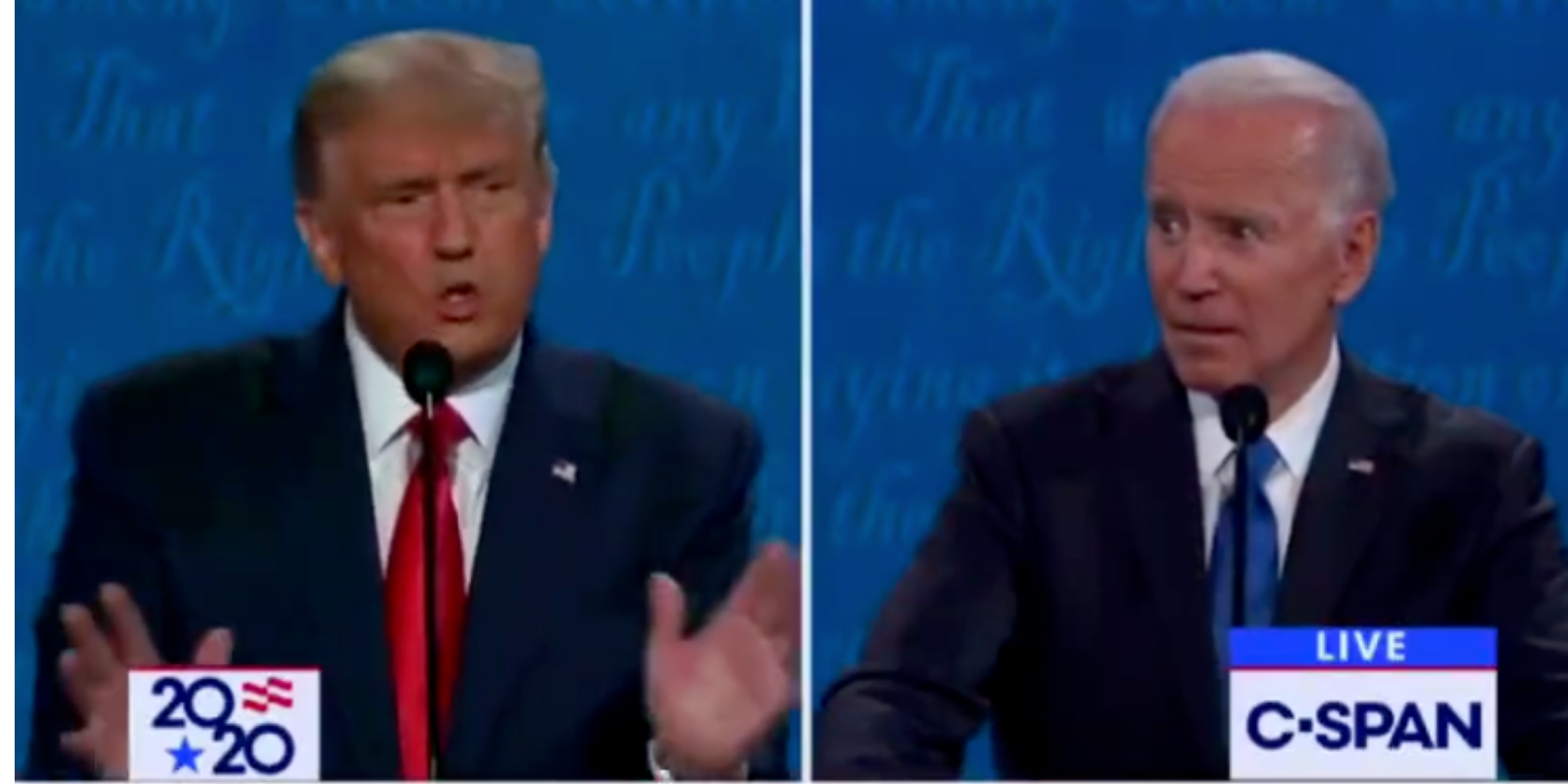 Media lied. So did Democrats. And so did Big Tech. When it was revealed by the New York Post in the lead-up to the 2020 presidential election that Joe Biden had likely engaged in influence peddling in Ukraine as part of his son Hunter Biden's business dealings in the energy sector there, it was thoroughly hushed up. The New York Times, the paper of record, has now admitted the truth: that the laptop, and its contents, were accurate and true.

Joe Biden asked media, Democrats, and Big Tech companies to believe in his carefully constructed "good guy" image over the truth, and they did. These institutions willingly believed lies because the man with the nice face and the kind eyes told them to.

The New York Post's reporting was airtight. They had the laptop. It was obtained legally by the laptop's legal owner, the proprietor of a Delaware repair shop where Hunter Biden had abandoned his laptop. It was dug into, verified, explored, and its correspondence read through. And what was discovered, along with a trove of illicit pictures, was an intentionally woven web of obfuscations and deceit that were intended to cover-up the elder Biden's involvement in Hunter's affairs, while the family profited from it.

Democrats made noise that the information on the laptop was "Russian disinformation." Jen Psaki, who now serves as White House press secretary, blasted that opinion across social media, along with a Politico article proclaiming that. And she wasn't the only one.

Joe Biden said, too, that it was a Russian plot against him, to say that he was involved in furthering the corruption in Ukraine, blocking investigations into the energy company where his son sat on the board. This despite his early bragging that he had withheld US funds from Ukraine until they dispensed with a prosecutor who was looking into the dealings of the energy giant. Biden said the prosecutor was corrupt; the prosecutor said an investigation was needed. Biden said the funds would not move from the US to Ukraine until that prosecutor was fired.

Trump, during his time in office, asked Ukraine's President Zelensky to look into the reasons behind that prosecutor's termination. While much media hay was made of this phone call between Trump and Zelensky, the facts are clear: Biden demanded the prosecutor be fired, which he then was, and the investigation into Burisma was dropped by that prosecutor's predecessor.

When the New York Post story dropped, indicating that influence peddling ran deep in the Biden family, Twitter's Jack Dorsey blocked and suppressed the story, saying that it was derived from "hacked materials." They went so far as to suspend the Twitter account of the New York Post, founded by founding father Alexander Hamilton, due to these false claims of hacking.

That the materials were hacked was not true, and Dorsey, called before Congress after the election to testify on the matter, had to apologize for the actions of his company which withheld vital information from American voters during a crucial and contentious election. It is undoubtably true that Twitter's actions affected the US presidential election in favor of Joe Biden.

Facebook followed suit and suppressed and censored the story, joining Twitter in taking sides during a US presidential election in favor of Biden, and against Trump, with absolutely no evidence to back their claims that the Post's reporting was at all suspect.

Media outlets like NPR, CNN, Washington Post, and The New York Times, among others, addressed why they would not run stories on the Post's reporting instead of look into the claims made themselves. Each of these outlets was offered the laptop, the raw source data, so they could peruse it for themselves.

Instead, they made broad, sweeping assumptions that the materials and allegations were false. They didn't look at the source materials; instead, they simply believed that Biden was a good guy who would never peddle his influence for personal gain. They figured Biden was better than Trump, that Trump was the criminal, the violator of American norms, and that Biden was on the up-and-up. He wasn't. And now that's become clear.

Biden played on the American media and Big Tech industry's hatred of Trump. During a debate between the two men, moderated by NBC's Kristen Welker, leading up to the election, Biden said:

"The laptop from hell," Trump said.

"There are 50 former national intelligence folks," Biden replied, "who said that what this, what he's accusing me of, is a Russian plan. They have said that this is, this has all the, five former heads of the CIA. Both parties say what he's saying is a bunch of garbage. Nobody believes it except him and his good friend Rudy Giuliani."

"The laptop is Russia? Here we go again with Russia, boy oh boy, I can't believe that," Trump said.

Trump was right. Biden was a liar. The entire media and tech industry believed Biden's lies. Now, The New York Times has admitted the veracity of the laptop from hell, just in time for Biden to commit masses upon masses of US resources and arms to bolster the Ukrainian regime against Russia, the very enemy Biden blamed for his family's own misdeeds.