The announcement came on Wednesday that Rumble, a Canadian company, would merge with CF Acquisition Corp VI (CFVI.O) with an initial enterprise value of $2.1 billion. 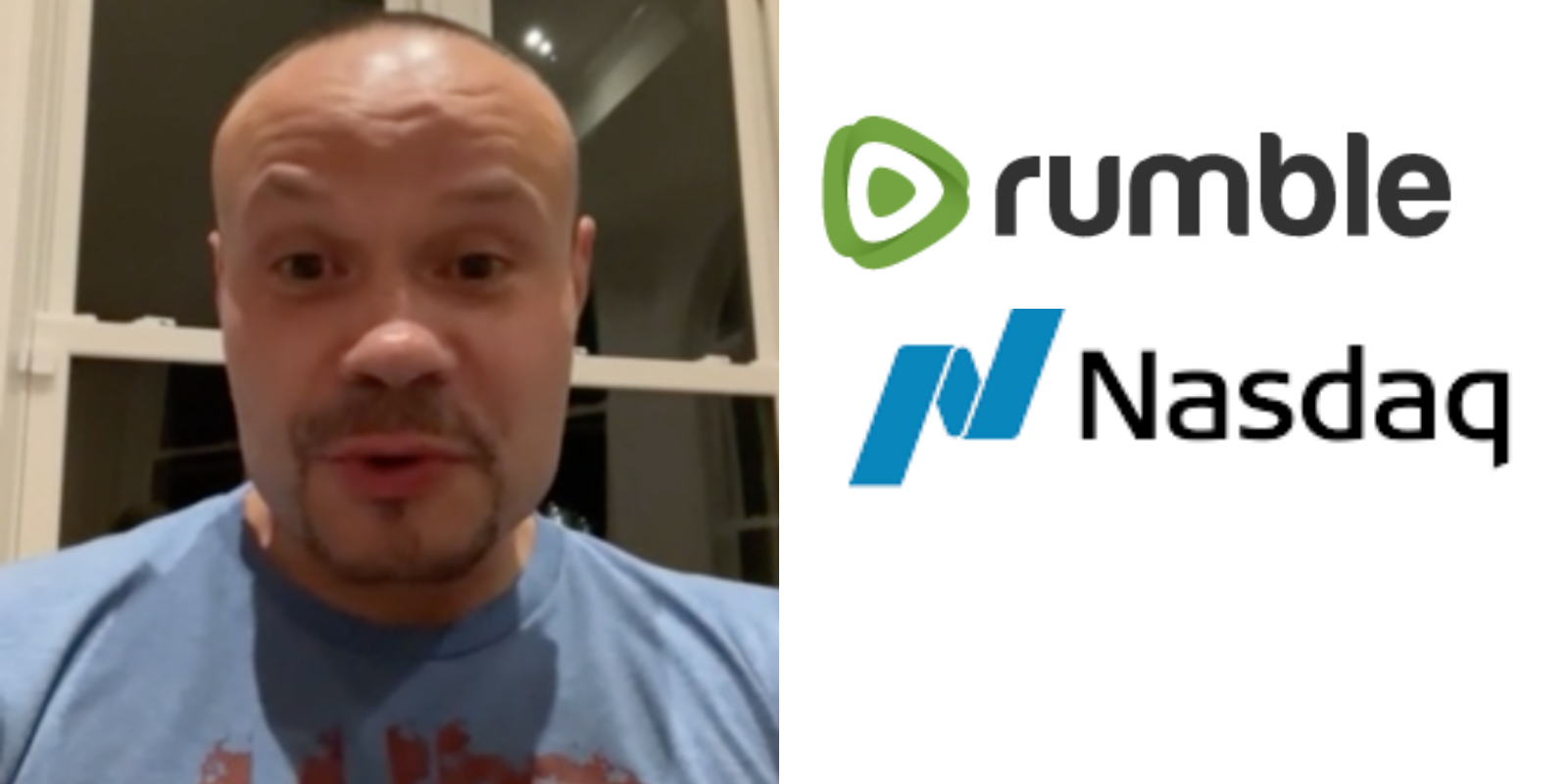 Free speech video platform Rumble has gone public. The offering went live on the Nasdaq on Thursday. The announcement came on Wednesday that Rumble, a Canadian company, would merge with CF Acquisition Corp VI (CFVI.O) with an initial enterprise value of $2.1 billion, according to Reuters. $400 million in proceeds will go to Rumble, and voting control will remain with Rumble founder and CEO Chris Pavlovski.

Dan Bongino announced the plans for a public offering on the platform itself, saying that he was "really excited" about the plans. Bongino has been involved with trying to bring back a free and open internet, one without the kind of censorship and overreach found on platforms like YouTube and Facebook.

"I've been involved in a project to re-establish the free and open Internet, we were given in the beginning days of the internet," Bongino said.

"I was involved very early on, in some tech investments to establish a parallel free economy, free of censorship. It's something I passionately believe in. It's my life's project, it's everything. It's my heart, it's my soul. It's all I believe in. I'm willing to pour everything into it to establish those principles of freedom and liberty back on the Internet free and open, free of censorship, that free speech should rule the day. And unfortunately, it hasn't happened in the internet.

"We've seen some of these companies, you know, Google, Amazon, Apple and YouTube, we've seen with some of them have done: the censoring effort to silence opposing voices. And I poured my heart and my money and my soul into building this open, free and parallel economy.

"So I have some news I wanted to share with you all first here on this platform. So Rumble, which you know, I am an investor in, which I passionately believe in it is the free speech alternative to some of these other video outlets out there that choose to censor free speech.

"Rumble is now combining with a public company, CFVI, news broke tonight, which I'm happy to announce here in an effort to grow and to allow other people out there to invest in the company as it goes forward. And I just want to tell you, I'm extremely proud. I wanted to announce it here. We've done a lot.

"And I'm just sorry, I was a little emotional about this tonight, because it's been such an incredible journey. But yeah, just to reiterate, Rumble is combining with CFVI, in an effort to raise money in the public space, and to grow and so that you all can become part with us of this new free and open internet that shouldn't be new. It's how it originally started. But this new free speech economy, I'm really proud.

"I wanted you all to hear it first. You matter to me. You've been with me for a long time. You're just a wonderful audience on this platform and others and I deeply appreciate it. I didn't want to hear from anyone else. First. I'll be discussing it on my podcast tomorrow as well. And on my shows, this is a really great day, folks. The battle for free speech in the open Internet. It's taken a turn the tides are turning and you should be proud that you're part of it too.

"Censorship's not the right path forward. We knew that. I'm really proud to be part of Rumble. It's a short one today. But again, I wanted you to hear it from me first, not from someone else. You've been kind enough to spend your time with me on this page and elsewhere. You deserve to hear from me personally.

"This is my kitchen by the way. I know it's not like a fancy recording studio, but I hadn't. I didn't want to waste any time. I wanted to be sure you heard from me directly. It's been a long day, but I'm very proud to be here Rumble combines with CFVI, this free speech battle going forward."