Georgia's Secretary of State held a press conference in which Voting System Implementation Manager Gabriel Sterling addressed the concerns about voting fraud and vote counting in the state. 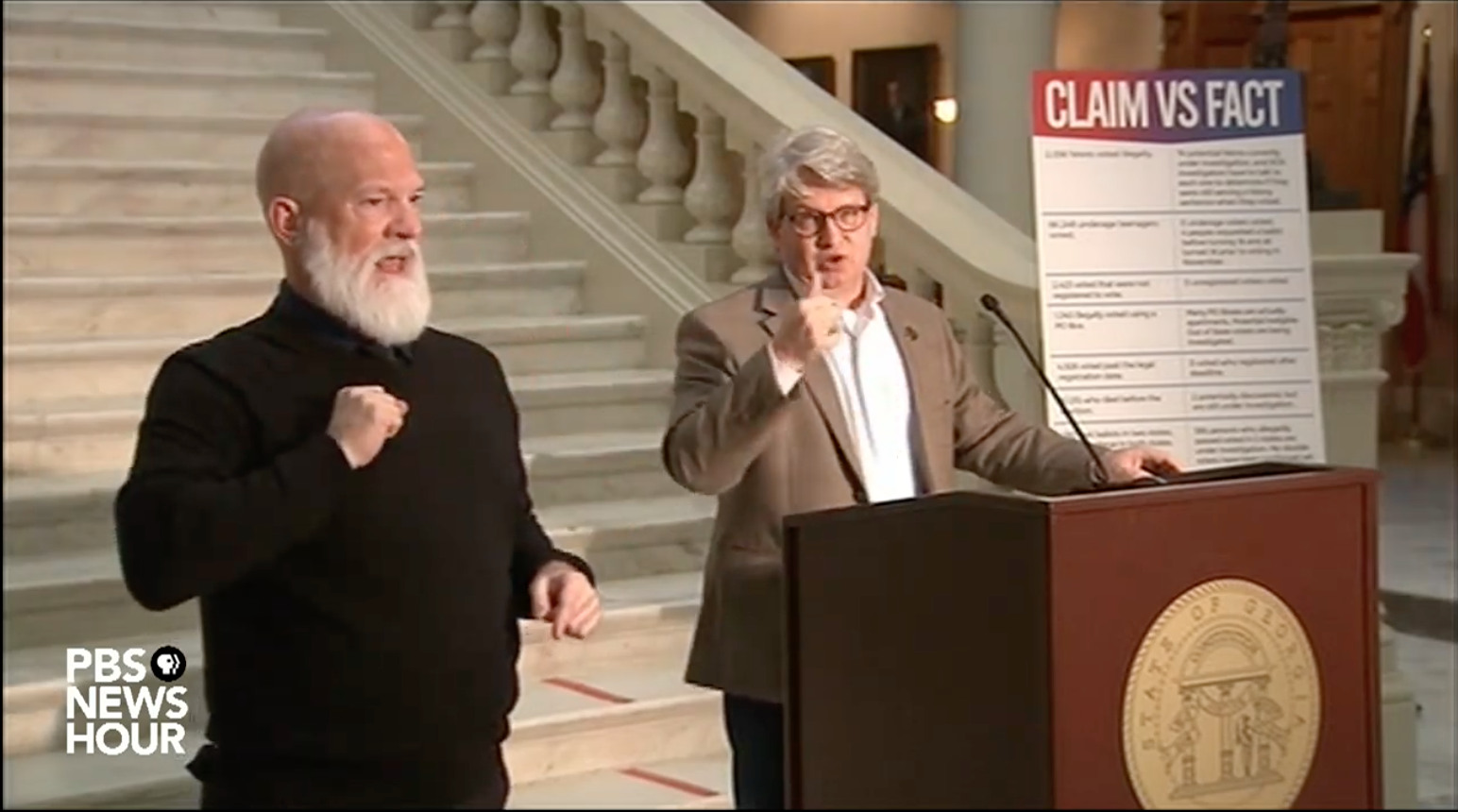 Georgia's Secretary of State held a press conference on Monday in which Voting System Implementation Manager Gabriel Sterling took the podium, and addressed the concerns about voting fraud and vote counting in the state.

Sterling was asked questions about the phone call between Secretary of State Brad Raffensperger and President Trump that was released over the weekend, and said he "personally found it to be something that was not normal, out of place, nobody I know who would be president would do something like that to a secretary of state."

Sterling said "we have certified this election so there are no more votes to find."

As regards the controversies surrounding the vote count at State Farm Arena, saying that the issue regarding the "leak" was not an issue. He spoke about a table that has been the cause of concern, and the footage of the ballot voting room.

"This has been thoroughly debunked," he said, stating that the operations with vote counting was completely normal, and that the chain of custody was followed and clear.

This was in reference to a video that showed voting observers leaving once they believed that counting was complete, only to have the vote counting continue. Sterling said the entire tape was released, and that it shows clearly that there was no fraud.

Sterling said that a hand count showed that there was no problem with machine scanning. He said the hand count was properly done and that the results are transparent and clear. The hand-tally, Sterling said, also showed that Dominion Voting Systems machines did not flip votes.

256 felons did not vote, Sterling said, despite the claims of the Trump campaign, but that they were potential felons.

66,248 people below the age of 18 did not vote, he said, and that the dates were on the voter registration forms. Instead, these voters requested their ballots prior to their birthdays, and voted after their birthdays.

Sterling went through each set of numbers and said that there were "not nearly enough ballots to change the outcome" that were irregular or illegal. Sterling was concerned about faith in the Georgia electoral system being undermined.

"If you're a Georgia voter, if you want your values reflected by your elected officials, I strong... encourage you to go vote tomorrow."

"I think what Gabe Sterling was just up there should have been shared on December 4 if not back on November 4. The fact of the matter is we're here on January 4, the day before the two Senate runoff elections, and Mr. Sterling was up there looking very nervous like someone who wasn't looking very confident that things are going to go smoothly tomorrow."

Miller said that there were "multiple counties where they found thousands of pro-Trump ballots already... Mr. Sterling can't go and blame it all on the counties."

"The other thing too, is I would have liked to have heard more about the chain of custody for these drop boxes."

The press conference was to address "claim vs. fact" with regard to allegations of voter fraud and ballot irregularities in that state stemming from the Nov. 3 general election.