A "kid friendly" drag brunch for all ages was guarded against protests by armed Antifa militants carrying AR-15s. 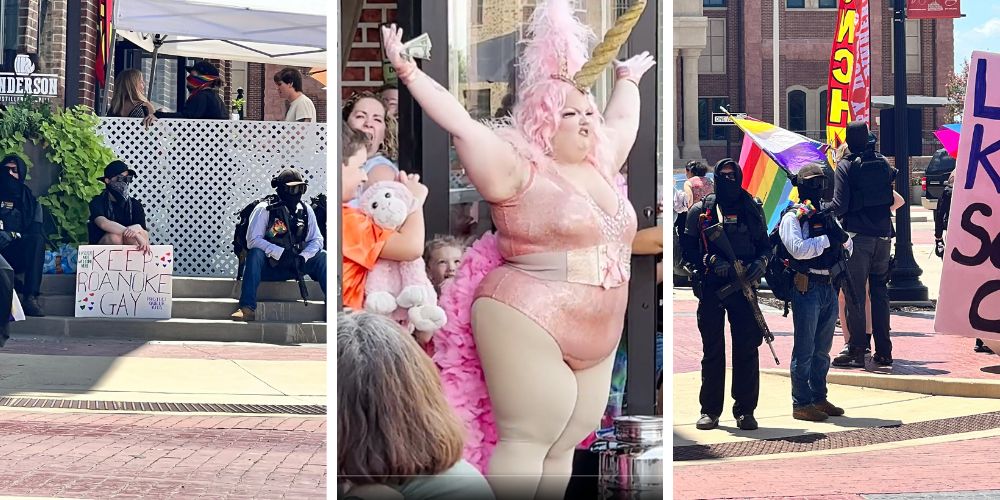 A "kid friendly" drag brunch for all ages was guarded against protests by armed Antifa militants carrying AR-15s. The drag event was held at the Anderson Distillery and Grill in Roanoke, Texas.

Protestors outside the event were spit on and confronted by activists who support "kid friendly" drag brunches.

Upon learning of the event, Protect Texas Kids, founded by Kelly Neidert, organized a "pop-up protest" outside the venue.

In response, Antifa organized its members to support the drag event. According to The Post Millennial’s editor-at-large Andy Ngo "The local chapter of the John Brown Gun Club, an #Antifa militia linked to domestic terrorism, led the call to direct action."

Kris Cruz from Blaze TV reported that Antifa militants armed with AR-15s acted as "bodyguards" and escorted attendees to their vehicles. He added that Antifa and the staff worked together to provide "protection" for attendees.

Kruz also reported that Antifa was placed strategically during the "kid friendly" drag show and "was armed like snipers on the 3rd floor of the parking garage."

Antifa posts criticized Neidert for "working with" Ngo, comedian and activist Alex Stein "and a host of other wannabe fashy (fascist) influencers." They even described her organization as a "terror crew."

According to Sara Gonzalez Host of "The News and Why It Matters" on Blaze TV, there were over 20 children in attendance as well as teachers. She added, "Aside from the children present, there were some safety concerns. The staff admitted they were violating fire code & over capacity." Gonzalez also reported that minors were given a "wristband that said, 'drinking age verified.'"

Gonzalez reported that the police were called about the issues but did not respond.