The bill specifically invokes the Capitol riot on January 6, 2021 and former President Donald Trump as reasons that the Electoral Count Act of 1887 should be amended "to prevent other future unlawful efforts to overturn Presidential elections and to ensure future peaceful transfers of Presidential power." 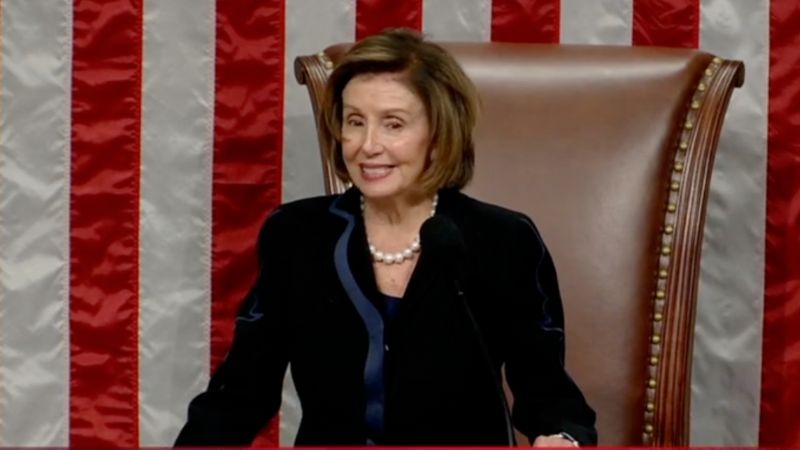 Hannah Nightingale Washington DC
Sep 21, 2022 minute read
ADVERTISEMENT
ADVERTISEMENT
On Wednesday evening, the House passed a bill that aims to modify the process in which the Electoral College certifies its votes during an election season.

The Presidential Election Reform Act, or HR 8873, passed in the house chamber in a 229-203 vote, with nine Republicans voting alongside Democrats in the days, according to the Washington Post.

The bill, which was written by Republican Wyoming Rep. Liz Cheney and Democrat California Rep. Zoe Lofgren, specifically invokes the Capitol riot on January 6, 2021 and former President Donald Trump as reasons that the Electoral Count Act of 1887 should be amended "to prevent other future unlawful efforts to overturn Presidential elections and to ensure future peaceful transfers of Presidential power."

The bill states that no "person acting under color of law shall willfully fail or refuse to tabulate, count, or report any vote that is timely cast and is otherwise valid under applicable State and Federal law; or certify the aggregate tabulations of such votes or certify the election of the candidates receiving sufficient such votes to be elected to office."

In addition, the law affirms that the sitting Vice President would have no role in the process beyond being a figurehead, barring them from changing the results, a measure that references Trump’s push to have Pence reject electoral votes on January 6.

“Legal challenges are not improper, but Donald Trump’s refusal to abide by the rulings of the courts certainly was,” Cheney said Wednesday during House debate on the measure. “In our system of government, elections in the states determine who is the president. Our bill does not change that. But this bill will prevent Congress from illegally choosing the president itself.”

Cheney later added, “This bill is a very important and crucial bill to ensure that what happened on January 6 never happens again.”