The Federal Emergencies Act was known until 1988 as the War Measures Act. Justin's father, Pierre, famously invoked this act during the October Crisis. 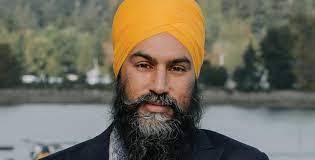 The Federal Emergencies Act was known until 1988 as the War Measures Act. Justin's father, Pierre, famously invoked this act during the October Crisis in 1970.

In a statement on Twitter, Singh wrote that this "could help make sure vaccines are getting to people who need them and help sick workers get paid when they stay home."

"We must do everything possible to keep people safe," he added.

This act is considered one of the most drastic decisions a government can make in Canada. This would effectively allow the Trudeau government to claim a significant amount of power that is usually allocated to the provinces.

According to a law professor at the University of Ottawa, this act is "the stiffest government emergency powers of any emergency law in Canada."

Singh believes that this legislation is necessary as a result of the steepening number of cases in Ontario.