Speculation has been rampant that Bezos is interested in buying the Washington Commanders from its current owner, Dan Snyder. However, Snyder is allegedly unwilling to sell to Bezos while he still owns the Washington Post. 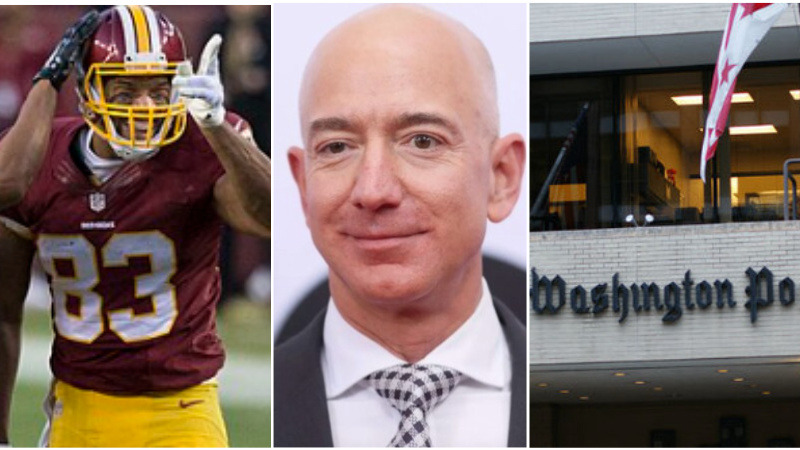 The news outlet announced last month during a tense town hall meeting that it would be laying off employees in early 2023, which began speculation that Bezos would be looking to sell, according to a report by the New York Post.

Speculation has been rampant amongst investors in the nation's capital that Bezos is interested in buying the Commanders from its current embattled owner, Dan Snyder. However, Snyder is allegedly unwilling to sell to Bezos while he still owns the Washington Post.

Snyder is reportedly very unhappy with how he has been reported in the Washington Post, which had published a series of exposes in 2020 alleging a toxic management culture at the team.

"Dan Snyder detests the Washington Post. No way he’d sell to the owner of that paper," an unnamed source reportedly said.

There is speculation that Snyder suspects that Bezos encouraged the tough coverage in order to force him into a position where he had to sell the team.

Multiple sources close to Bezos and the Washington Post have stated that he has no intention of selling the newspaper. However, several others have heard that the paper is in fact for sale, with one of them looking to bid on it.

"I think Bezos' people could go to Dan and say as a gesture of goodwill, 'We are selling the paper,'" a source close to the situation said. "I think that would go a long way with Dan."

Reports surfaced last week that the Commanders had taken first-round bids from potential buyers, but that Bezos was not among them.

Sports journalists who have been weighing in on the situation believe that Snyder will not sell to Bezos.

"Not only was I told Bezos didn’t submit a bid, I’ve had people tell me the Snyder family has absolutely no interest in selling to Bezos," NBC Sports journalist JP Finlay said last weekend.

Despite the conflicting viewpoints on the potential sale, ultimately the belief is that it would be in Bezos' best interest to get out of the newspaper game.

"Bezos has become belatedly aware of the obligations of owning the Washington Post — if he didn’t realize it would muzzle him, he realizes it now," Edward Wasserman, a journalism professor at UC Berkeley, said. "It would make sense for him to get out of it."