Judge Bruce Reinhart approved the search warrant authorizing the raid but said it was "unprecedented" and formally rejected the Biden administration's argument to keep the affidavit sealed, citing "intense public and historical interest." 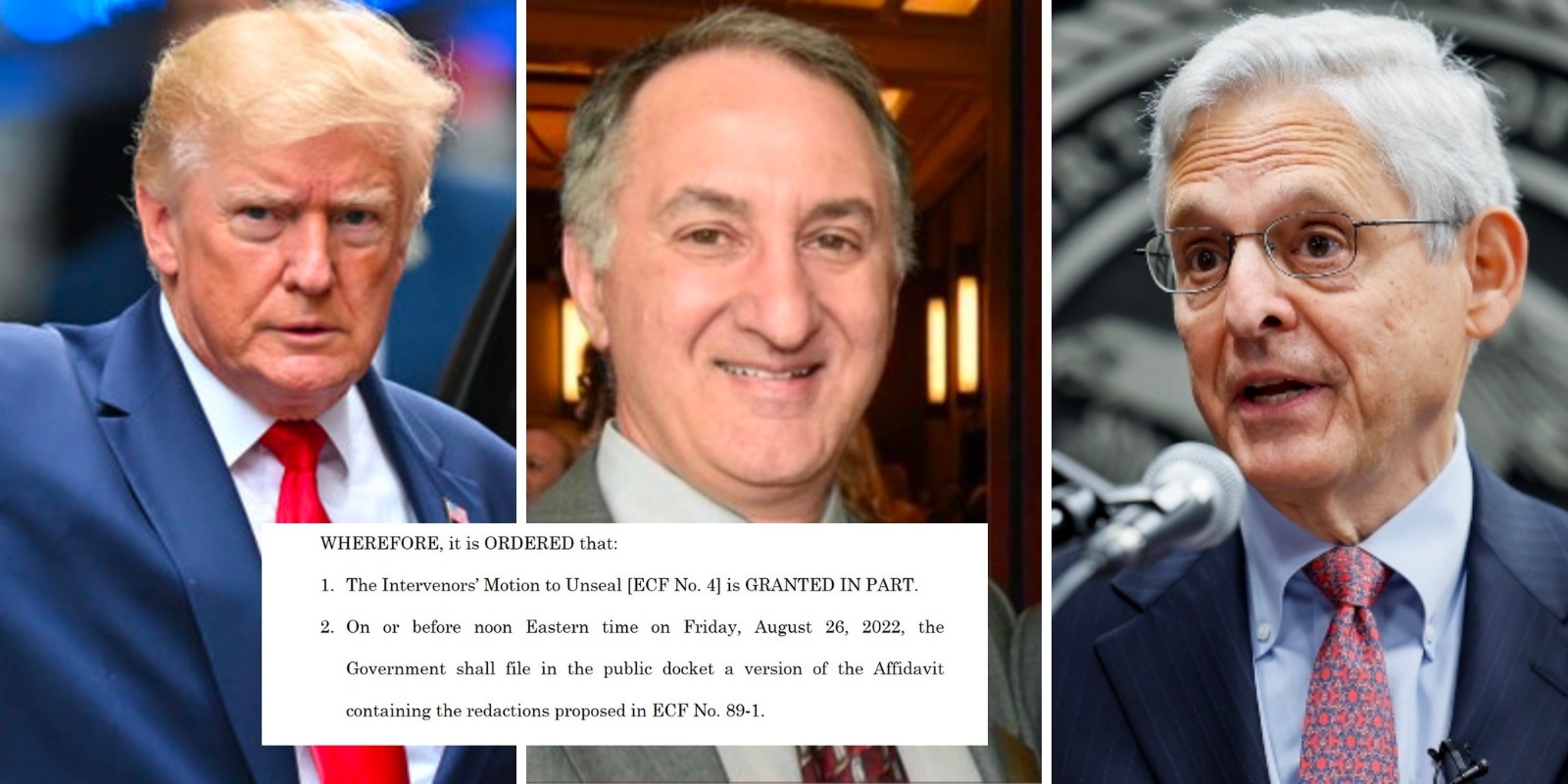 Magistrate Judge Bruce Reinhart has ordered a redacted version of the Mar-a-Lago search warrant affidavit to be released by Friday at noon.

The news comes after Judge Bruce Reinhart, who approved the search warrant authorizing the raid of Trump's Mar-a-Lago residency, said on August 22 that the raid was "unprecedented" and formally rejected the Biden administration's argument to keep the affidavit sealed, citing "intense public and historical interest."

Reinhart said that he gave the Department of Justice an "opportunity to propose redaction" last week, giving the Biden regime a deadline of Thursday, August 25.

Trump was in New York as 30 FBI agents raided his Mar-a-Lago estate on August 8 and took several boxes of material from the former president's residence last week.

Trump has said the documents that the FBI retrieved from the estate had been declassified through a "standing order" of Trump's that let him take classified materials from the White House to his private residence so he could work out of office.

On August 11, United States Attorney General Merrick Garland confirmed that he "personally approved" of the FBI raid, which was greenlit in the state by Florida federal Magistrate Judge Bruce Reinhart, who donated to the Obama campaign in 2008 and, as a lawyer years before, represented Jeffrey Epstein's employees in court.

Reinhart previously said that the entire affidavit should not be kept under seal despite claims by the DOJ that the release would jeopardize future steps in the investigation.

On Wednesday President Biden said that he had no advance warning of the FBI raid despite a letter in April stating that Biden had empowered the National Archives to waive any claims of executive privilege that Trump might declare to block the DOJ from accessing any documents remaining in his possession.