"In a world where conservative opinions are considered to be controversial we have to make sure we have the right to freely express ourselves," West said. 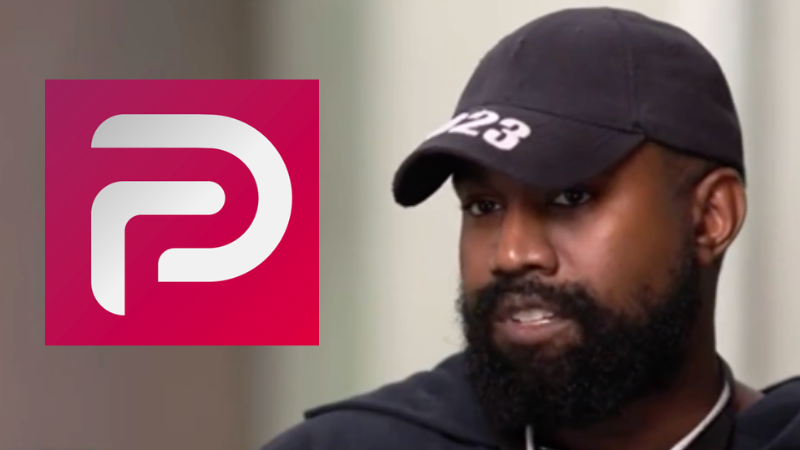 The Post Millennial
Oct 17, 2022 minute read
ADVERTISEMENT
ADVERTISEMENT
Kanye West has agreed to buy social media platform Parler after having been kicked off Twitter and Instagram. This after the rap star made various antisemitic posts. CEO of Parler parent company Parlement Technologies is married to West's friend and supporter Candace Owens.

"In a world where conservative opinions are considered to be controversial we have to make sure we have the right to freely express ourselves," West said, per a statement released about the sale by Parler, CNBC reports.

Parlement Technologies CEO George Farmer said the sale "will change the world, and change the way the world thinks about free speech."

"Ye is making a groundbreaking move into the free speech media space and will never have to fear being removed from social media again," Farmer said.

"Once again, Ye proves that he is one step ahead of the legacy media narrative. Parlement will be honored to help him achieve his goals."

West was also recently de-banked, after JPMorgan Chase demanded he move his accounts to a different financial institution. He declared that Black Lives Matter was a "scam," and recently wore a "white lives matter" shirt to Paris fashion week, alongside Owens.

Parler was launched in 2018 and rebranded as a free speech alternative in 2020. It was meant to counter the censorship and suppression that has been seen on Twitter, Facebook and Instagram. The idea was that the site would be a home to free speech, primarily so that conservative social media denizens would be able to speak their minds on Covid, Hunter Biden, and other topics without risking being kicked off the platform.

The app was banned from Apple's app store after the Capitol riots on Janaury 6, 2021, after claims were made that the platform was the primary place where that riot was planned. It was later revealed to have been primarily planned via Facebook.

The platform was also kicked off Amazon's servers, and has since become part of the parallel economy of services and companies that seek to be "uncancellable," meaning that they operate separately from the mainstream services that have shown they are willing to destroy businesses over political disagreements.

This high-profile sale of Parler to West mirrors that which sees Musk taking over Twitter.
ADVERTISEMENT
ADVERTISEMENT
west parler