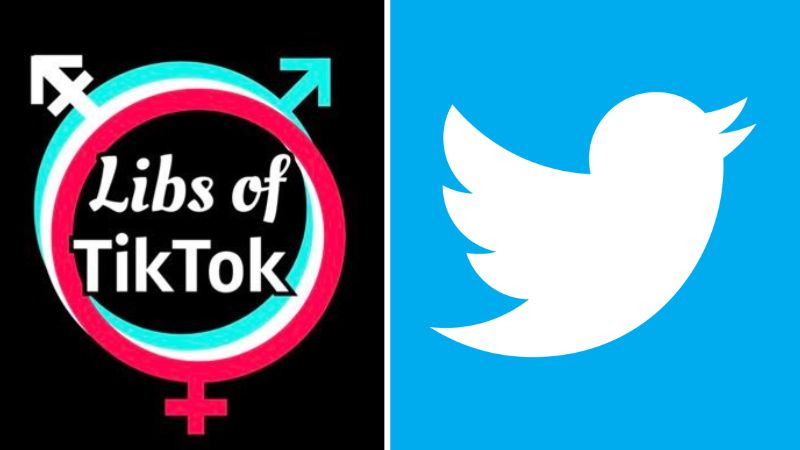 Hannah Nightingale Washington DC
Sep 28, 2022 minute read
ADVERTISEMENT
ADVERTISEMENT
On Wednesday, the popular Twitter account Libs of TikTok revealed that she has been suspended from Twitter once again, receiving yet another seven day suspension.

"Once again, I have received a wrongful 7-day suspension as the result of a targeted harassment campaign from the Left to deplatform me," Libs of TikTok wrote on Substack.

She tried to determine which one of her recent posts was the one that gained her the new suspension.

"Was it hateful to expose Dr. Katherine Gast for openly stating that she 'will operate on minors' for gender-affirming surgery?"

"The truth is I haven’t engaged in hateful conduct. I’ve just exposed the Left’s depravity by reporting the facts. There’s no rule against that, so they have to make up violations I’ve never committed," Libs of TikTok said.

She said that she has "vowed to sue Twitter if they permanently suspend me, and I meant it."

Noting how expensive and long a legal battle with Twitter could be, Libs of TikTok announced that she has started "a Libs of TikTok Legal Defense Fund where you can send a tax-deductible donation to help cover the legal fees associated with fighting back against not only Big Tech, but every single media outlet that has lied about me to try and get me deplatformed."

In response to the recent suspension, a letter has been sent to Twitter by attorney James Lawrence III from Envisage Law, requesting that her account be reinstated.

"In this latest suspension, as with the last, Twitter did not specify the content your company deemed to violate its hateful conduct policy. We are aware of third parties posting messages on Twitter that '[o]ur investigation found this account,’ i.e., @LibsofTikTok, 'violated the Twitter Rules,' but these are not content-specific findings," the letter states.

The letter also noted multiple tweets that had been reported in Germany though the Network Enforcement Act, which Twitter had found not to be in violation of rules.

"If the tweets pictured above had violated any Twitter policy, your company’s investigations surely would have uncovered such violations, and we would have seen reports to that effect. Instead, your company explicitly concluded that LOTT did not violate Twitter’s Rules," the letter states.

"Twitter’s apparent cognitive dissonance is not a matter of mere academic curiosity for LOTT. Twitter’s conclusions regarding LOTT’s previous tweets have legal consequences for your company. LOTT’s most recent reporting is not materially different from any of LOTT’s other, Twitter-cleared tweets. At the very least, Twitter’s prior investigations are relevant for purposes of a breach of contract claim," the letter added.

Lawrence noted a recent Fifth Circuit ruling that rejected the notion that “corporations have a freewheeling First Amendment right to censor what people say."

"Twitter’s current censorship of LOTT violates Texas House Bill 20 and, if necessary, our client will not hesitate to seek injunctive relief under this statute if Twitter permanently suspends LOTT’s account," the letter states.

"Many Americans are tired of listening to your company talk the talk of free expression while walking the walk of censorship. And LOTT is no exception. If Twitter refuses to live up to its own words and aspirations, and permanently bans our client’s account, LOTT will have no choice but to ask a court to order Twitter to live up it is own statements. We reiterate our request that Twitter immediately reinstate the @LibsofTikTok account," the letter concluded.