BREAKING: Mob tears down statue of Sir John A. Macdonald in downtown Montreal

The John A. Macdonald statue at Place du Canada in Montreal was torn down on Saturday afternoon by anonymous "Defund the Police" protestors. 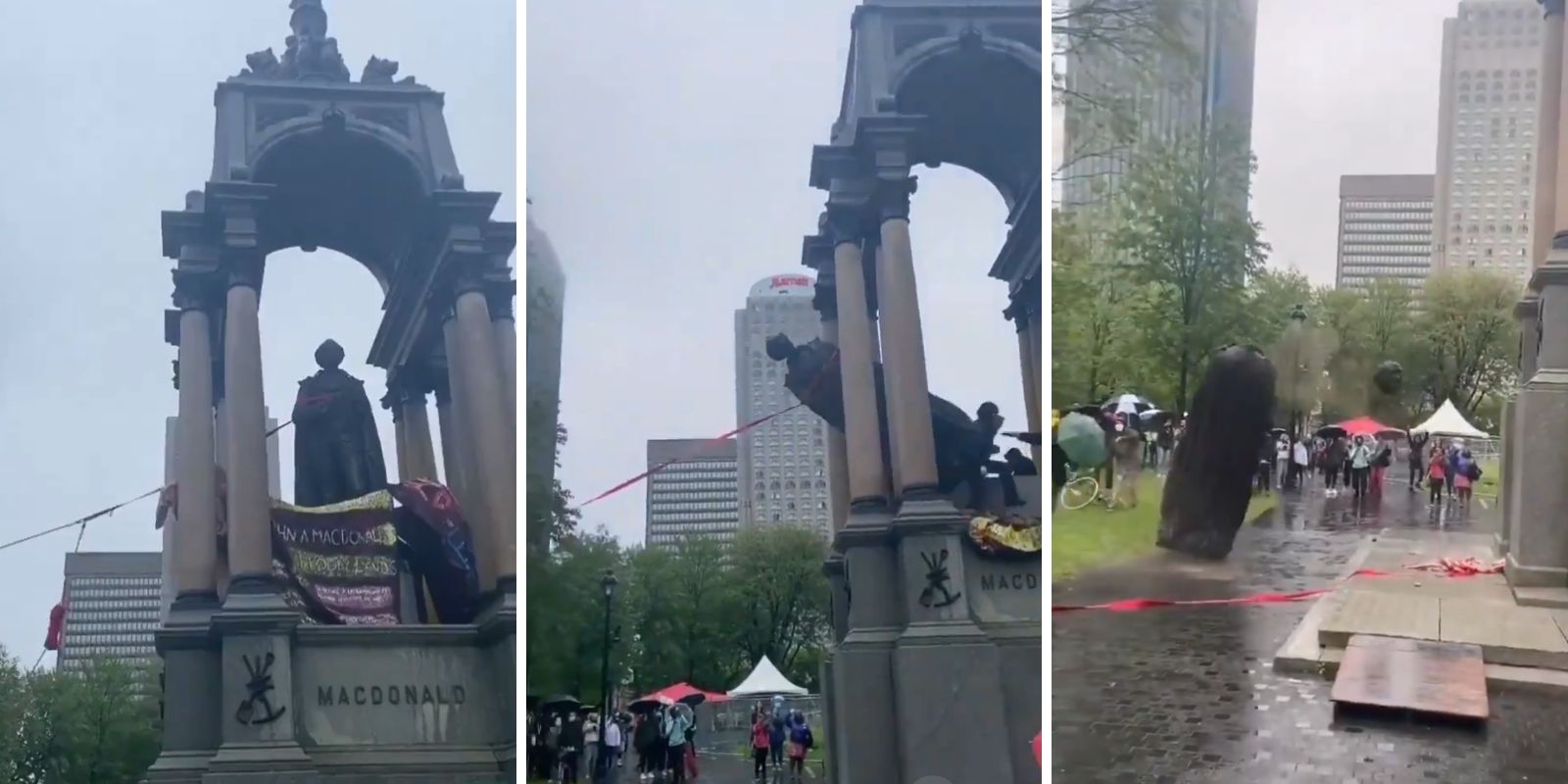 The John A. Macdonald statue at Place du Canada in Montreal was torn down on Saturday afternoon by anonymous "Defund the Police" protestors.

Video posted to Twitter shows the toppling of the bronze statue, which was erected in 1895.

The statue has been the centre of controversy for months, as protestors claim it represents Canada's "racist, colonial, white nationalist" past.

A petition to remove the statue gained a head of steam in July, and has garnered nearly 50,000 signatures.

"It is time for Canadians too to revise the meanings of our own public monuments, and their effect on the legacy we wish to correct," the petition states.

The Macdonald statue had been defaced and vandalized in the weeks following the death of George Floyd, where anti-colonial activists threw red paint on to the former prime minister's likeness.

The words "RCMP Rape Native Women/Kill Native Men" were written onto the base of the monument, as Macdonald's controversial history of behaviour towards Indigenous communities continues to be a point of contention.

MacDonald, who served as Canada's first Prime Minister, is widely viewed as the founder of the country.

"The great aim of our legislation has been to do away with the tribal system and assimilate the Indian people in all respects with the other inhabitants of the Dominion as speedily as they are fit to change," wrote MacDonald in 1887, regarding the creation of the Indian Act.