BREAKING: No charges against officer who shot Jacob Blake in Kenosha, Wisc.

No charges will be laid against Rusten Sheskey, the police officer who shot Jacob Blake in the back in August, injuring him while attending to a domestic dispute. 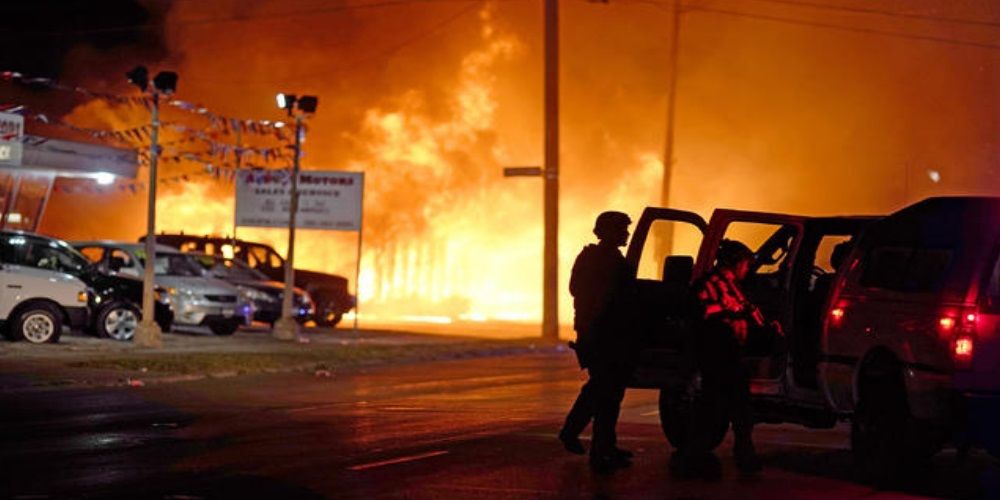 No charges will be laid against Rusten Sheskey, the police officer who shot Jacob Blake in the back in August, injuring him while attending to a domestic dispute.

Jacob Blake was shot seven times in the back by the officer while responding a domestic dispute on Aug 23, 2020. The police union alleges that Blake was resisting arrest, having been tasered unsuccessfully, and was armed with a knife. While investigators say the knife was in Blake's car, officers did not fire on Blake until he reached into his car, where his three children were watching. Blake survived the shooting with paralysis, the Associated Press reports.

The shooting sparked riots in Kenosha which lasted a few nights, with business being burned to the ground. Many mainstream media outlets misrepresented the riots as peaceful protests, with CNN infamously describing the riots as "fiery but mostly peaceful protests" as a blazes raged in the background.

The riot culminated in 17-year-old Kyle Rittenhouse shooting three people, two of them fatally, while he was defending a local business and providing first aid to protesters on the scene. Rittenhouse's defense team alleges that he fired in self defense.

Now, over four months later, the southeast Wisconsin city is once again bracing for unrest as the prosecutorial decision is released.

Due to fear of unrest, the Kenosha County Courthouse has been blocked off with concrete barriers and metal fencing. Local businesses have also been seen boarded up, with many putting signs of solidarity with the Black Lives Matter movement in the hopes of avoiding destruction by rioters, a phenomenon seen in many other cities which were stricken by riots over the summer. Roads are also being closed in some parts of the city.

Kenosha's Common Council has also taken action to quell potential unrest, unanimously approving an emergency resolution on Monday night allowing the mayor to set curfews. How successful such curfews may be is questionable given the use of curfews failed to stop rioters in August.

"We are continuing to work with our local partners in the Kenosha area to ensure they have the state support they need, just as we have in the past," Evers proclaimed. "Our members of the National Guard will be on hand to support local first responders, ensure Kenoshans are able to assemble safely and to protect critical infrastructure as necessary."

Meanwhile, Blake's father held a march in support of his son and the Black Lives Matter movement on Monday. He encouraged supporters to “make noise" and to be “heard around the world.”

Blake's father says the police officer who shot his son did so "unjustifiably" and that they are unlikely to be charged given the decisions made by both the state and municipal governments, as well as local businesses. However, similar precautions were taken in Louisville, Kentucky in September before charges were announced in the killing of Breonna Taylor. One police officer was indicted in the incident.

Tanya McLean, a political organizer in Kenosha and a friend of the Blake family, said that violence is unacceptable. "No matter what the decision is, we are seeking nonviolence," McLean said. "We want everybody to come out, make as much noise as you want, but we don't want any destruction of property or businesses."