Prosecutors told the Justice Department superiors that a conviction is unlikely due to a lack of credibility with the two central witnesses, a source familiar with the matter said. 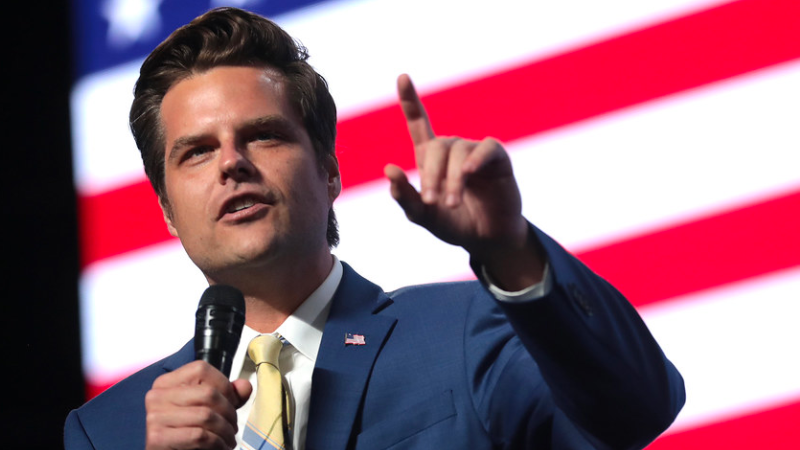 Prosecutors told the Justice Department superiors that a conviction is unlikely due to a lack of credibility with the two central witnesses, a source familiar with the matter said.

While a final decision has not been made as of yet, it is rare for such advice to be rejected, according to the source who spoke on the condition of anonymity. They said that charges could still take place if additional evidence emerges.

The Post reports that it is unlikely that authorities will charge Gaetz with a crime.

The investigation into allegations that Gaetz was sexually involved with a 17-year-old girl kicked off in 2020. The Florida representative has denied any wrongdoing, and has said he has never paid for sex and has only ever had sex with a 17-year-old when he was also 17.

Allegations against Gaetz claimed that he had paid for sex in violation of federal sex-trafficking laws. A federal grand jury in Orlando this year heard testimony from Gaetz as well as an ex-girlfriend.

The ex-girlfriend was one of the women who Gaetz allegedly took to the Bahamas in 2018. The 17-year-old was also on that alleged trip, though she would have been 18 by that time, a report said. The source said, however, that testimony from them would not "pass muster with a jury."

Another witness was a former friend of Gaetz's, Joel Greenberg, a former tax collector, who pleaded guilty last year to sex trafficking of a minor and other crimes.

Greenberg was charged in 2020 with fabricating allegations and evidence, and prosecutors tacked on additional charges as more came to light. Greenberg would ultimately plead guilty to six charges , including sex trafficking of a child. Prosecutors would dismiss the other 27 charges against him as a part of the plea deal. If Greenberg were to provide "substantial assistance" in building another case, a judge could give him a lesser sentence.

Investigators discovered that Greenberg could provide evidence potentially implicating Gaetz in sex trafficking. The Post writes that "prosecutors had been exploring whether Greenberg paid women to have sex with Gaetz and whether the two shared sexual partners, including the 17-year-old girl at issue in Greenberg’s case, these people said."
ADVERTISEMENT
ADVERTISEMENT
gaetz 1