BREAKING: Psaki responds to ethics concerns about her role as press sec while negotiating with MSNBC

"I have always gone over and above the stringent ethical and legal requirements of the Biden administration," Psaki said. 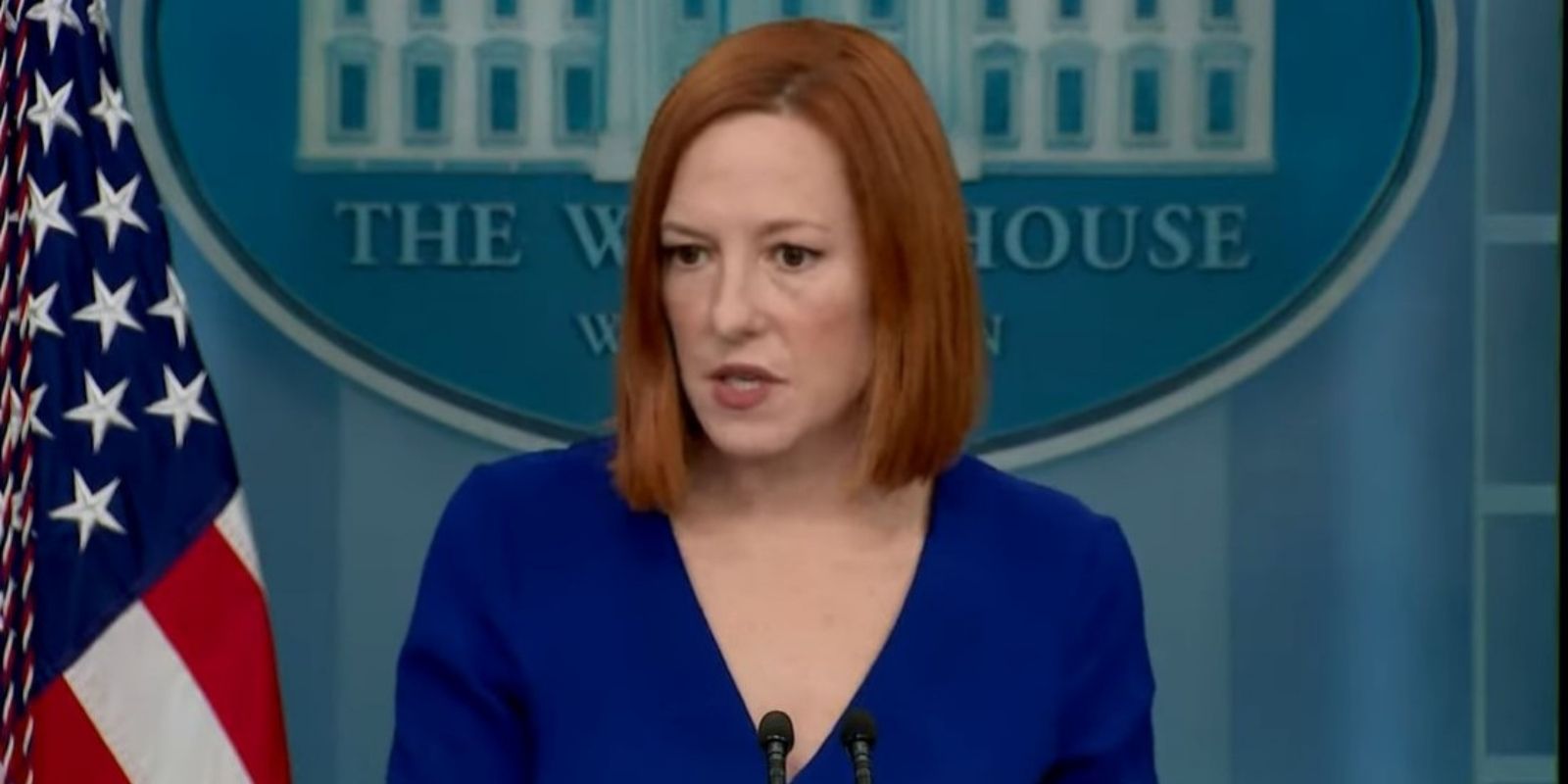 White House press secretary Jen Psaki was grilled by reporters Friday about ethics concerns raised about her role as the Biden administration's top spokesperson while in negotiations for a post at liberal cable news network MSNBC.

A reporter asked Psaki at the White House press conference whether it's ethical to continue her current job while negotiating with the left-wing media outlet.

Psaki didn't confirm or deny reports of her imminent departure from President Joe Biden's inner circle. "My focus everyday continues to be speaking on behalf of the president..." Psaki told the press pool in the White House briefing room.

"I have always gone over and above the stringent ethical and legal requirements of the Biden administration," Psaki replied to the reporter's question. "And I take that very seriously. And as a standard for every employee of the White House, I have received rigorous ethics counseling, including, as it relates to future employment, I have complied with all ethics requirements and gone beyond."

Psaki stressed she's "taken steps" to "recuse" herself from decisions as appropriate.

She expressed hope that the public and the press would judge her based on her record and how she has treated her peers. "I try my best," Psaki declared.

NBC's Kristen Welker continued to question Psaki about the ethics of continuing her current position at the White House if she might be joining a news organization.

Welker asked Psaki how she intends to be "an effective briefer."

Psaki again refused to comment on any conversations or future plans in the works and reiterated she's taken ethical and legal measures "to the highest" degree and "very seriously," in regards to any discussions or considerations with employment.

"How is it ethical to have these conversations with media outlets while you continue to have a job standing behind that podium?" the reporter went on.

Psaki cited a range of "stringent" ethical and legal requirements imposed on officials in the Biden administration on any talks with future employers. "That is true of any industry you're working in. And I have abided by those," she added.

The reporter asked: "Broadly speaking, is it the policy of this White House to allow staffers to have discussions, even if indirectly, with institutions that impact and affect their jobs and their jobs here?"

To which, Psaki reaffirmed it is the policy of the Biden White House to "ensure that anyone who is having conversations about future employment does so through consultation with the White House Counsel's office and ensuring they abide by any ethics or legal requirements."