Biden will deliver the State of the Union address to a joint session of Congress on March 1, and will do so in a Capitol Building that is surrounded by fencing. 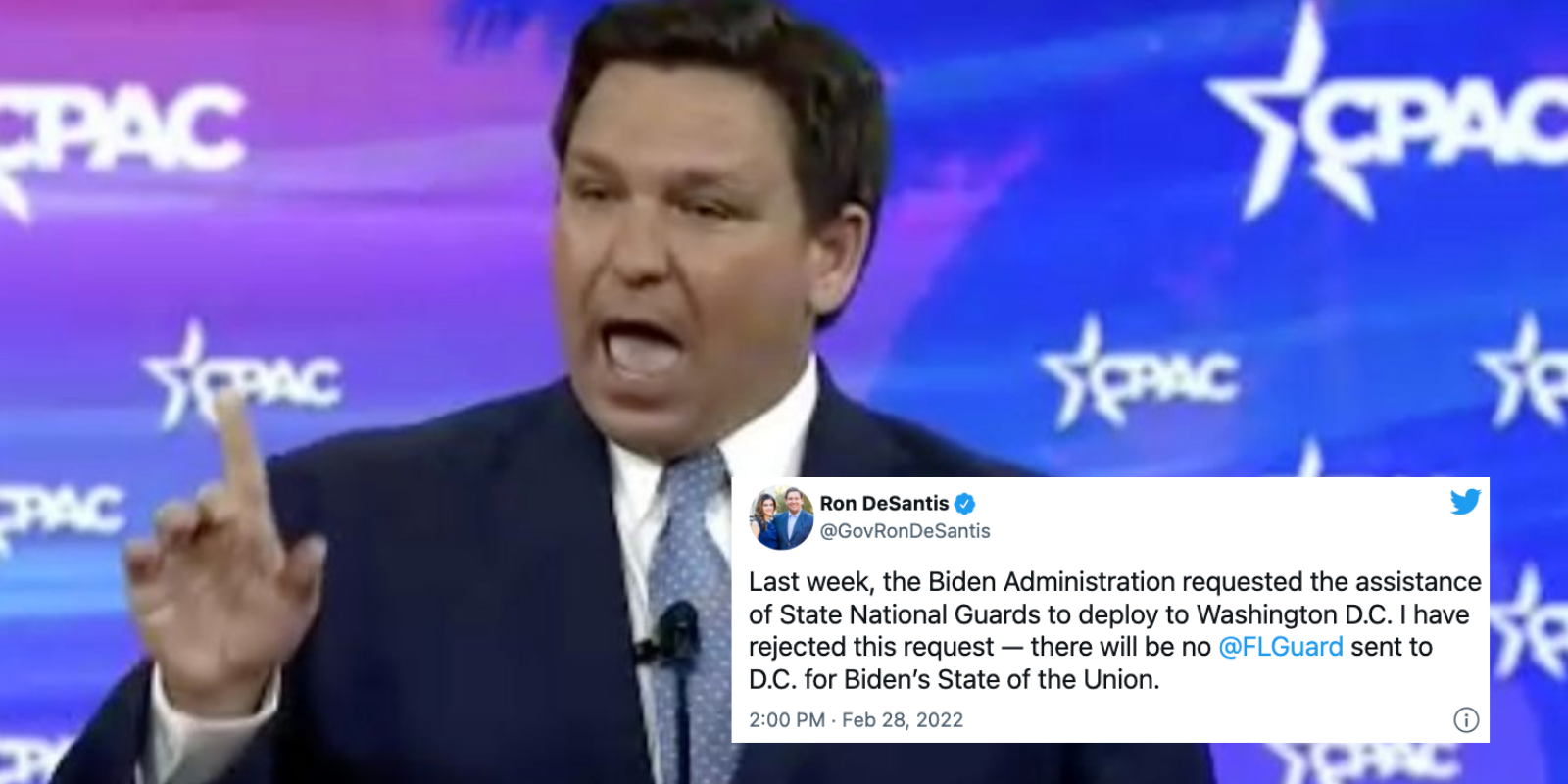 "Last week," DeSantis said, "the Biden administration requested the assistance of State National Guards to deploy to Washington D.C. I have rejected this request—there will be no [Florida National Guard] sent to D.C. for Biden's State of the Union."

Fencing was already erected around the Capitol in advance of the speech, and the request for the National Guard was approved by the Pentagon. The request was in light of the truckers' Freedom Convoy that is making its way to DC to protest Biden and his federal Covid-inspired mandates and requirements.

Pentagon spokesperson John Kirby said on Tuesday, a week before the State of the Union, that the 700 approved National Guard would "provide support at traffic control points in and around the District to help the USCP and DC government address potential challenges stemming from possible disruptions at key traffic arteries."

"Law enforcement agencies across the National Capital Region are aware of plans for a series of truck convoys arriving in Washington, D.C., around the time of the State of the Union," he said.