Organizers of the DC-bound People's Convoy in the US declare "it is now time to re-open the country." 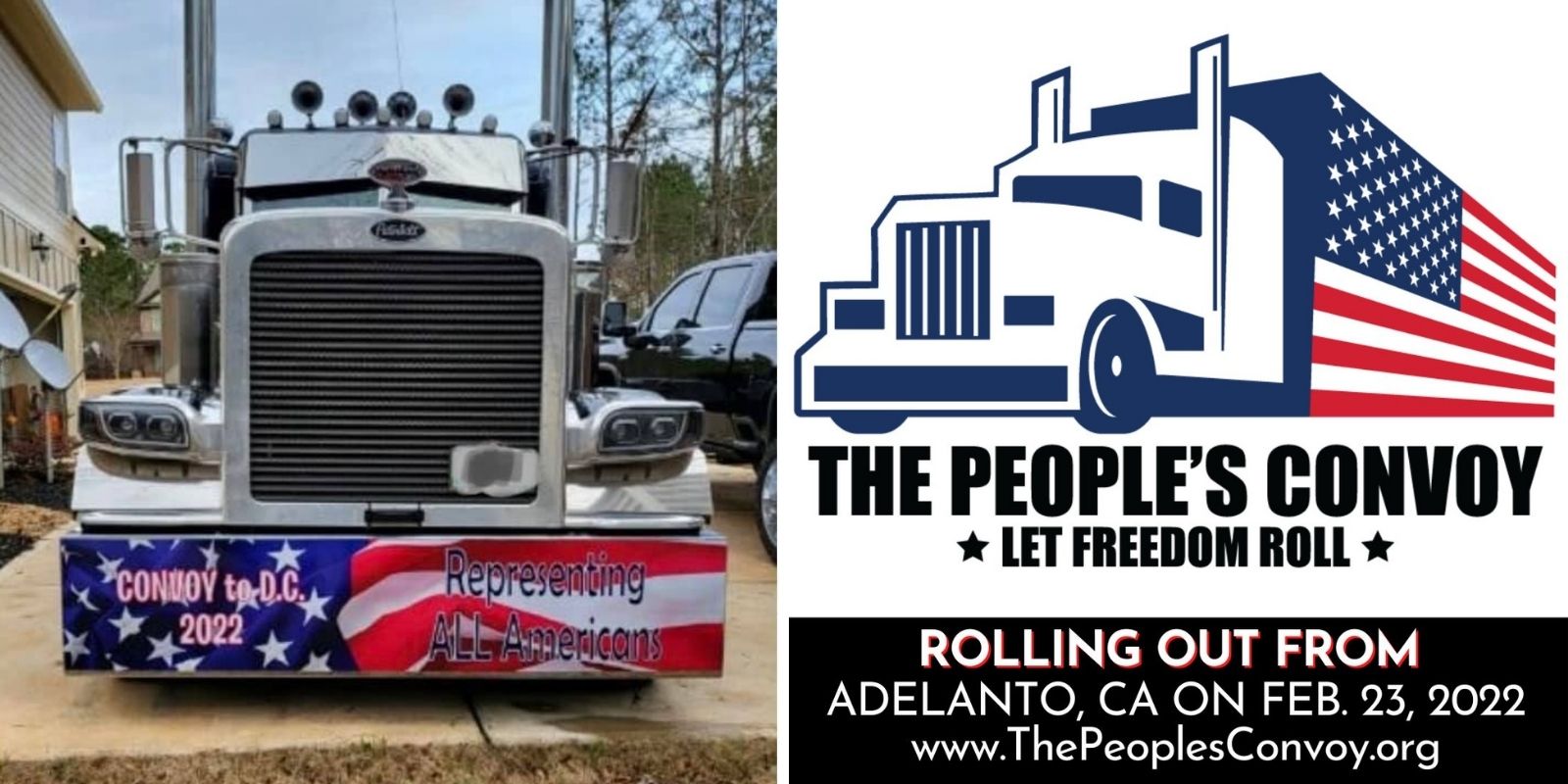 According to a Sunday press release by the traveling protest's organizers, the People's Convoy is about "freedom and unity" as the truckers are "riding unified across party and state lines," alongside freedom fighters of "all colors and creeds."

The blue-collar workers will be joined by freedom-loving supporters from all walks of life, including healthcare professionals, first responders, former US military service members, students, retirees, mothers, fathers, and children.

It's billed as a law-abiding transcontinental journey towards America's east coast. Participants are encouraged to either attend the launch gathering in the Golden State or hit the open road and join the big rigs along the 11-day trek.

"The message of The People's Convoy is simple. The last 23 months of the COVID-19 pandemic have been a rough road for all Americans to travel: spiritually, emotionally, physically, and – not least – financially," the press release reads.

While the route is subject to change, the People's Convoy is scheduled to arrive in Kingman, Arizona, on Wednesday evening. Other destinations include Texas, an overnight stay in Oklahoma, then Missouri, a pause for rest in Indiana, then Ohio, then Maryland, and finally the DC Beltway-area on Saturday, March 5. The convoy will abide by agreements with local authorities and stop in the vicinity of the DC area, but will not be moving into DC proper, according to the press release.

"With the advent of the vaccine and workable therapeutic agents, along with the hard work of so many sectors that contributed to declining COVID-19 cases and severity of illness, it is now time to re-open the country," the statement continues.

The convoy organizers state that the average American worker needs to be able to "end-run the economic hardships of the last two years, and get back to the business of making bread" to pay bills and jumpstart the beleaguered economy.

It's time for elected officials to work with American laborers to "restore accountability and liberty," the People's Convoy exhorts, by lifting all COVID-19 mandates and ending the state of emergency. "Americans need to get back to work in a free and unrestricted manner," the press release concludes.

The massive non-partisan, trucker-led effort is supported by a cross-cultural and multi-faith contingent of backers including liberty-minded lawyers such as attorney Tom Renz and Nevada gubernatorial candidate Joey Gilbert, preachers like Godspeak Church pastor Rick Brown, and transportation workers.

A broad consortium of organizations comprise the pro-freedom cause from the the American Foundation for Civil Liberties & Freedom to the Unity Project.

Elected officials and "regular folks" will be allowed to "ride shotgun" with a trucker for a day as will be able to bid on one seat that will be sold on an operations vehicle for a similar ride-along opportunity. Followers are told to state tuned for updates.

The convoy is being assisted by retired military personnel and security experts, who are spearheading logistics to ensure a safe and lawful endeavor.

Heavy-duty fencing is set to be reinstalled around the Capitol's grounds, part of ramped-up security as President Joe Biden's State of the Union address nears and amid Washington's fears over the rolling anti-mandate demonstration.

The temporary inner-perimeter fence slated to appear for Biden's speech is part of ongoing discussions and remains an option, however no decision has been made, the Capitol Police stated in an updated press release. The barricade, first placed around the Capitol in the wake of the January 2021 riot, was removed in July but then erected again in September ahead of the "Justice for J6" rally held to support the Jan. 6 defendants. Calls for permanent fencing had sparked backlash.

White House press secretary Jen Psaki said mid-month that the Biden administration has been preparing for a potential Freedom Convoy-esque movement to take place in the United States. The protest has been encouraged by GOP figures like Republican Sen. Rand Paul, who said he's "all for it."