In early August, Rumble's partnership with CFVI was approved by the SEC, meaning it will soon be publicly traded on the Nasdaq under RUM and RUMBW. 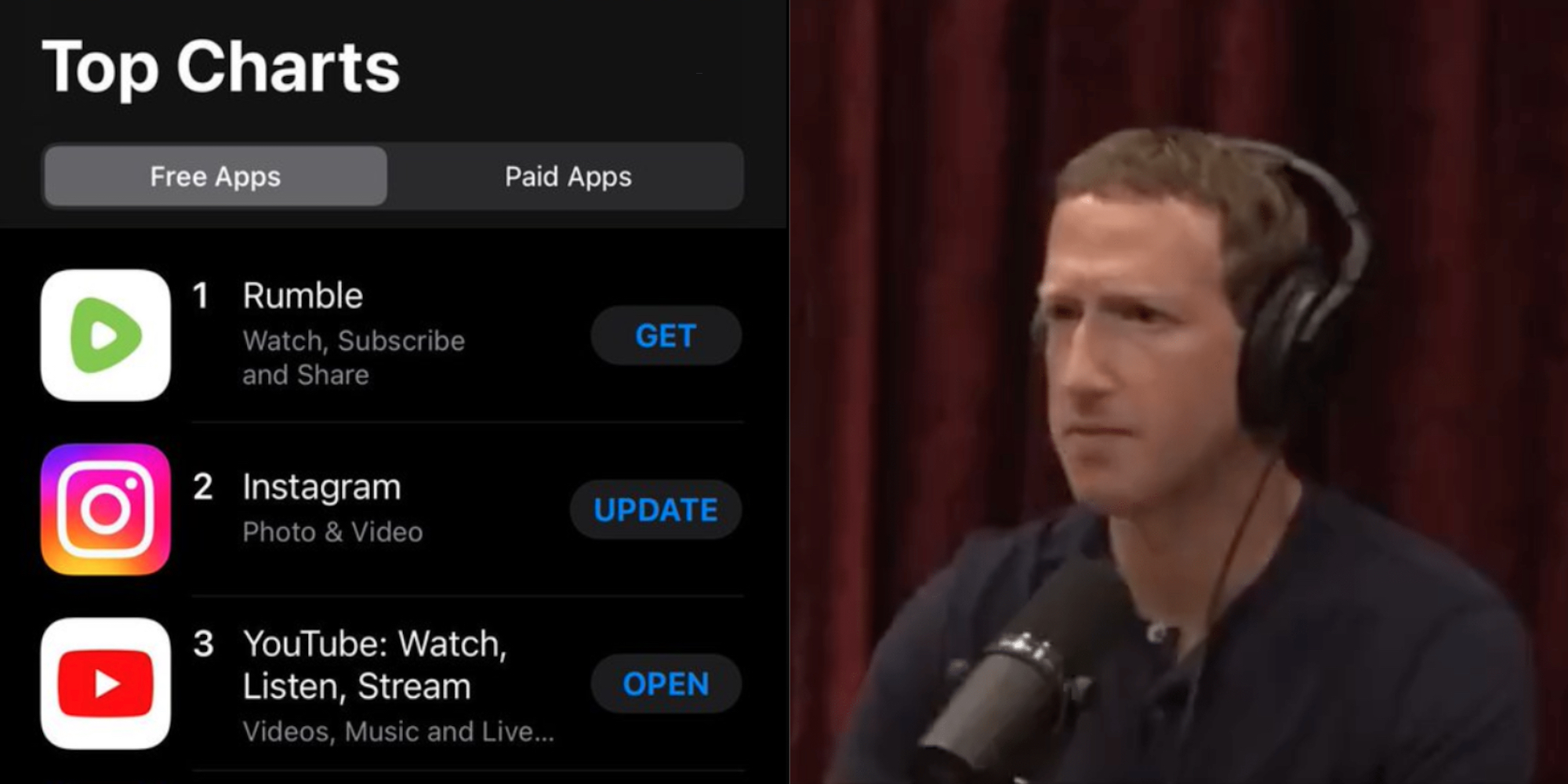 As big tech continues to censor content it deems unacceptable, people have sought out alternative platforms where free speech is better protected.

Among them is Rumble, which skyrocketed to the top of the app charts Saturday, ahead of Instagram and its main competitor, YouTube.

Rumble CEO Chris Pavlovski broke the news, sharing a screenshot of the chart with Rumble taking the top spot.

On Friday, Pavlovski spoke with FOX News' Tucker Carlson, explaining that he gave notorious influencer Andrew Tate a platform after he was effectively banned from every other social media outlet.

"What we're standing up for at Rumble," Pavlovski said, "is allowing people to say whatever they want, whether we agree or disagree with what they're saying."

"I think that's a fundamental right that we have to give to everybody in America," he said.

Pavlovski decried the crackdown on Tate's content by big tech. When people search his name, the results are selectively curated clips posted by the media, not full videos, he said.

When asked whether he was intimidated by those who criticized Rumble's platforming of Tate, Pavlovski said simply, "No, I'm not gonna get bullied like that."

"This is a major moment right now in the tech world," he said, referring to the exodus of users and content creators from mainstream platforms to freer alternatives.

Among the platforms drawing the most ire recently is Facebook. On a recent episode of Joe Rogan's podcast, Mark Zuckerberg admitted they had, after being urged by the FBI to tamp down on fake news, limited the reach of the Hunter Biden laptop story in the lead up to the 2020 election.

Many, including former director of national intelligence John Ratcliffe, deemed the FBI's actions to be "election interference."

In early August, Rumble's partnership with CFVI was approved by the SEC, meaning it will soon be publicly traded on the Nasdaq under RUM and RUMBW. The platform's stock has been on the rise as of late.