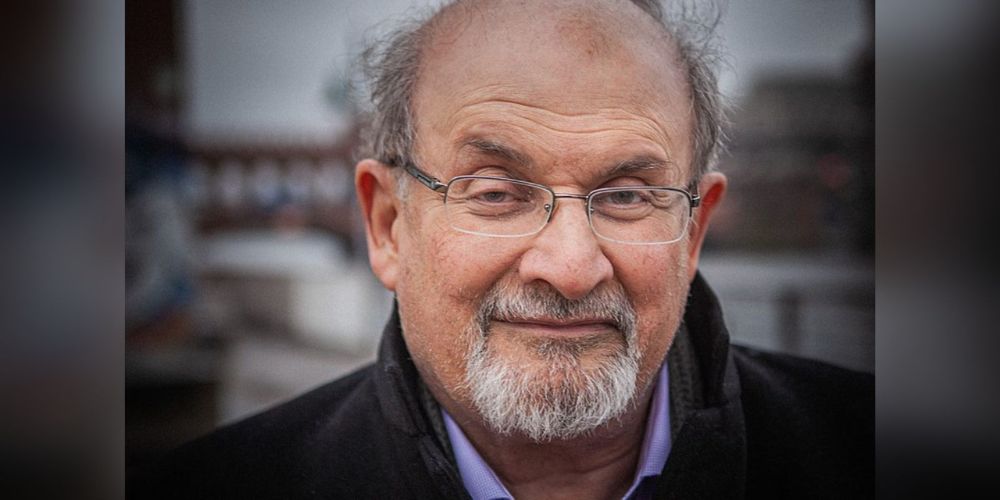 The man who stabbed author Salman Rushdie has been charged with second degree attempted murder on Saturday after attacking the author at the Chautauqua Institution in western New York on Friday. The AP reports that 24-year-old Hadi Matar of Fairview, New Jersey pleaded not guilty to the charges.

The BBC reports that District Attorney Jason Schmidt said, "This is the very early stage of what will invariably be a protracted legal process." The author is expected to lose an eye and is currently breathing with the assistance of a ventilator after he was stabbed multiple times as he took the stage to give a lecture by the suspect.

Reports say Matar stabbed Rushdie multiple times in the neck and abdomen which left the author bloody and on the ground. Matar was then arrested at the scene and is being held without bail in the Chautauqua County Jail. Matar has also been charged with second degree assault according to CNN.

75-year-old Rushdie also suffered severed nerves in his arms and damage to his liver from the attack which saw Matar storm the stage and begin punching and stabbing the writer.

Rushdie is known for his writings and his most notorious work, The Satanic Verses, has been banned in Iran since 1988. The book is considered blasphemous by many Muslims and has led to death threats, mostly from Iran, since the 1980s.

Event attendees rushed onto the stage to Rushdie's defense. He was airlifted to the hospital where doctors began surgery on him immediately. Attendees of the lecture questioned the event security. Henry Reese, 73, who was also on stage to moderate the discussion with Rushdie, suffered minor injuries to his face during the attack, police said. He was treated and released, MSN reports.

Police have not yet laid a motive and charges are pending. The FBI were searching his home on Friday. The New York Post reports that law enforcement told the outlet that "Matar has made social media posts in support of Iran and its Revolutionary Guard, and in support of Shi’a extremism more broadly."

In 1989, Ayatollah Ruhollah Khomeini issued a fatwa calling for Rushdie's death because of  The Satanic Verses and placed a bounty on his head. That bounty currently sits around $3 million.

While Iran's current government has toned down the anti-Rushdie sentiment, a semi-official Iranian religious foundation raised the bounty on Rushdie from $2.8 million to $3.3 million in 2012.